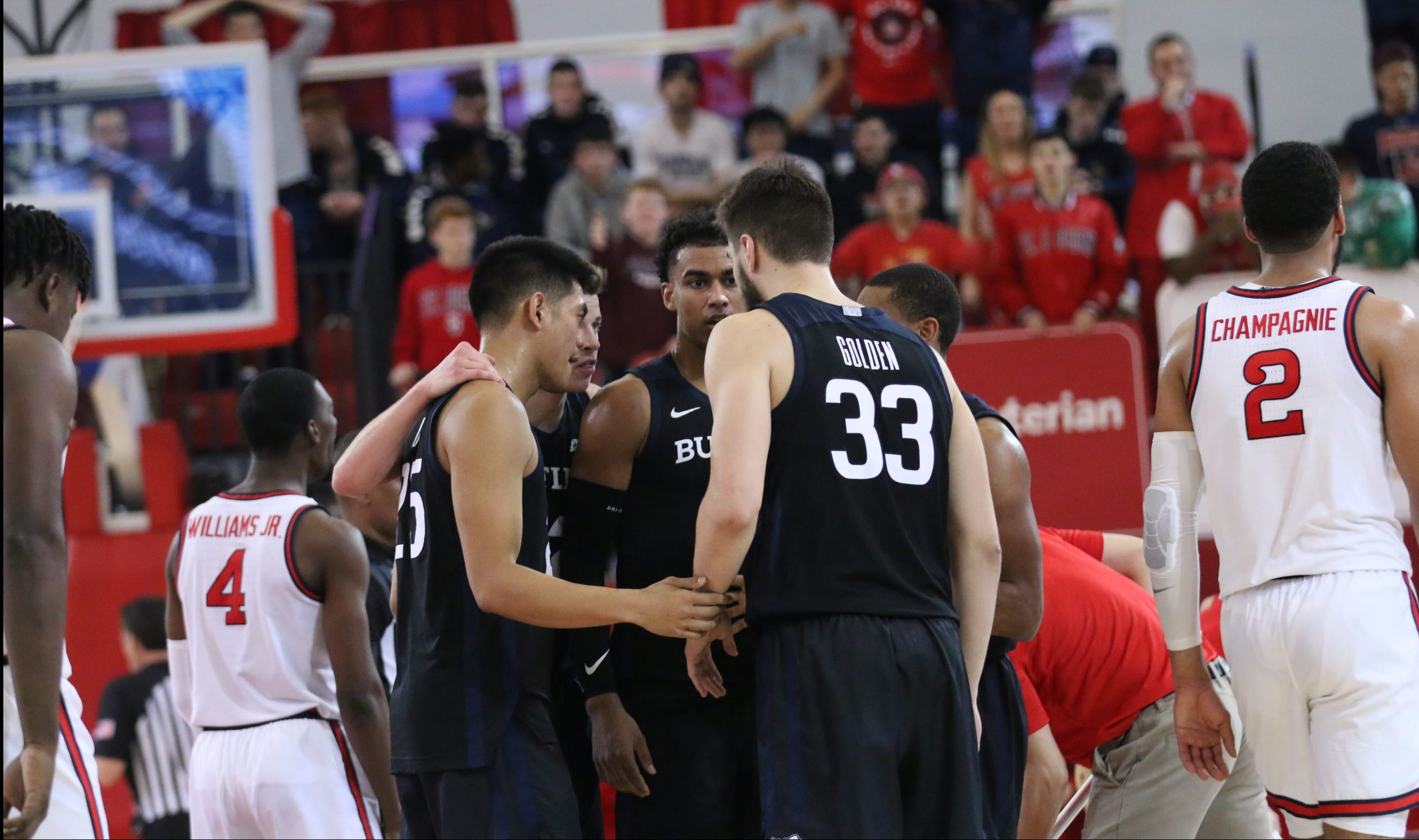 After recovering from an enormous late-game collapse against St. John’s and escaping with a win on New Year’s Eve, the Butler men’s basketball team returns to Hinkle Fieldhouse for its conference home opener, hosting the Creighton Bluejays.

Butler head coach LaVall Jordan said on Thursday that senior guard Kamar Baldwin will be a game-time decision against Creighton after suffering an ankle injury in the team’s Big East opener. Baldwin, who was shooting just 14% from the field in his previous three games, snapped out of that shooting funk, knocking down a career-high five 3-pointers and leading the Bulldogs with 19 points, but he missed much of the team’s second-half collapse due to the injury.

Here’s everything else you need to know as the Bulldogs prepare to host the Bluejays:

Big East coaches didn’t show a ton of confidence in the Bluejays coming into the season, picking them to finish seventh in the conference, just one spot above Butler. After dropping two of its first six contests, Creighton is now in the midst of an eight-game winning streak, and finished its nonconference schedule with an 11-2 record. Key wins include victories over Texas Tech and Oklahoma, two teams in the top 60 at KenPom as of Jan. 3.

On New Year’s Day, the Bluejays easily handled Marquette, scoring 92 points against the Golden Eagles and keeping the nation’s leading scorer, Marcus Howard, in check in a convincing 17-point home victory to kick off conference play. Through games on Jan. 2, Creighton is 23rd in the NET rankings. After finishing 9-9 in a four-way tie for third place in the Big East last season and missing the NCAA Tournament for the first time in three years, Greg McDermott’s team is certainly off to a strong start in its attempt to make it back to the Big Dance.

The Bluejays returned five of their top six scorers from last season, a group led by an impressive trio of guards each averaging more than 13 points per game. Sophomore Marcus Zegarowski is averaging 18.3 points and nearly five assists per game, while junior Ty-Shon Alexander is tallying 16.8 points and 6.1 rebounds per game and junior Mitchell Ballock contributes 13.1 points and 5.4 boards. Creighton’s offense runs through these three players, who are averaging a combined 48.2 points per contest, just over 60% of the Bluejays’ total scoring this season.

The trio is also shooting nearly 43% from beyond the arc, with no player shooting worse than 39%. As a team, Creighton is shooting 37.5% on 3-pointers, a mark inside the top 40 nationally and the best of any Butler opponent this season besides Wofford. With three guards who can shoot from deep, a huge aspect of the Bluejays’ offensive strategy is moving the ball around to get open perimeter looks. For the Bulldogs, Creighton’s quality scoring depth means focusing largely on one player is not a viable option. If Baldwin is unable to take the court, Khalif Battle and Henry Baddley could take on key roles in defending those guards.

While the Bulldogs and Bluejays have both outperformed expectations this season, they’ve done it in two very different ways. Butler boasts the fourth-best scoring defense in the nation, limiting opponents to just under 54 points per game. The Bulldogs are also seventh in the nation in adjusted defensive efficiency according to KenPom. Creighton, meanwhile, has the second-best scoring offense in the Big East, tallying just shy of 80 points per game.

This is, statistically speaking, the best offense that Butler has faced this season. While Creighton’s average offensive night results in roughly 80 points, no Bulldog opponent has even scored 70 this season.

But where the Bluejays exceed offensively, there have seen weaknesses defensively. Creighton is the only team in the Big East without a positive rebounding margin – it’s exactly zero – and the Bluejays have struggled at times to limit points in the paint. Creighton opponents are shooting just short of 50% on 2-point shots this season, while Butler is 54.6% on 2-point shots, a mark inside the top 40 nationally. Particularly if Kamar Baldwin is out, a key for Butler offensively could be interior contributions from the likes of Bryce Nze, Bryce Golden and Derrik Smits.