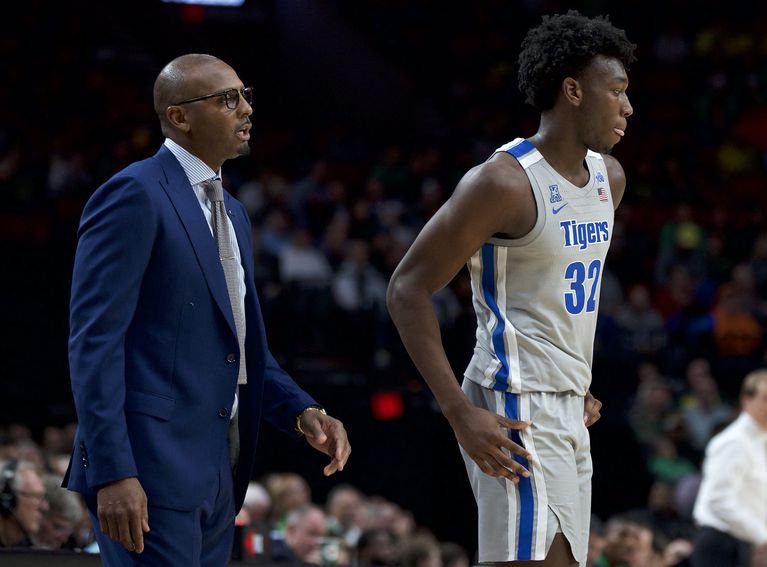 Penny Hardaway violated NCAA rules. Neither the University of Memphis nor its head basketball coach denies he gave $11,500 to the family of this year’s No. 1 overall recruit James Wiseman when Wiseman was a junior in high school.

Hardaway was running an AAU program and coaching at East High School in Memphis, Tennessee, when he helped pay for the Wisemans to move from Nashville to Memphis so he could play for Hardaway at East. He was also a University of Memphis graduate who donated $1 million to his alma mater in 2008.

There’s a word for someone who does what Hardaway did: it’s called a booster.

Hardaway is an intelligent human who should be fully aware that paying the family of a recruit his alma mater was sure to pursue — regardless of the circumstances — was against NCAA rules.

When the news broke on Nov. 8 that the NCAA told the school Wiseman was “likely ineligible,” the expectation was that Memphis would sit him until the situation was resolved to avoid any further violations.

Instead, Memphis got a restraining order allowing Wiseman to play in the Tigers’ game against the University of Illinois-Chicago that night. He was on the court in the Tigers’ loss to Oregon on Nov. 12, too.

By initially refusing to hold Wiseman out of games, Memphis told the NCAA it didn’t respect it or its rules. The school used an 18-year-old to protest a system it views as unfair.

Many feel the NCAA is discriminating against Memphis and Hardaway for landing the No. 1 recruiting class in the country and challenging the sport’s traditional powers. There’s certainly an argument that’s exactly what’s happening.

Others argued the NCAA should let the whole thing go due to the complexities of the situation. While there is some merit to this argument as well, letting the top-ranked recruit get away with a blatant violation sets an incredibly dangerous precedent.

Most importantly though, neither perspective addresses the biggest obstacle to cleaning up recruiting: the adults.

According to reports, Wiseman didn’t even know Hardaway gave his family money. It’s not fair that Wiseman is the one paying the price for something he allegedly had nothing to do with. Sadly, he was also the only one who was ever going to be punished.

The school eventually decided on Nov. 14 to declare Wiseman ineligible until an agreement could be reached with the NCAA.

Hardaway knew he provided the money. He could have prevented Wiseman from playing against UIC and taken full responsibility for what happened.

He could have said he had an error in judgment, apologized for the impact his actions had on Wiseman. He could have even said all that and still expressed his frustration with the rule and how the NCAA handled the situation. More than a week after the first report surfaced, Hardaway has not taken any real responsibility for his role in all this. And no one seems to care.

The media and college basketball fans are much more focused on whether it was fair to punish Wiseman or not. That discussion wouldn’t be happening if the adults in Wiseman’s life hadn’t worked together to put his eligibility in question without his consent.

By and large, the college athletes who get caught up in rules infractions aren’t actively looking for improper benefits. However, when a teenager, who often comes from difficult socioeconomic conditions, has thousands of dollars thrown at them, it’s nearly impossible to say no.

At the core of the NCAA’s horribly broken system is a troubling reality. Powerful people take advantage of vulnerable high school and college kids who are unable to legally capitalize on their athletic ability.

Sometimes those powerful people are wealthy individuals trying to do whatever they can to help “their” school succeed. Other times, they are close friends or family members looking to make money off people they’re supposed to be guiding and protecting.

Obviously, the NCAA can’t suspend boosters from competing since they’re not the ones playing. Booster culture is so engrained in college sports that suspending a player here or there isn’t going to do anything either.

One possible solution is barring any team found to have a player who received improper benefits from competing in postseason competition. Another is making these payments more transparent so the process can be monitored

Any major change starts with acknowledging the root of the problem and actually doing something about it.

Regardless of how things play out, Hardaway and everyone else at Memphis have not shown a smidge of regret. Maybe the NCAA singled out Memphis, maybe it didn’t.

While the college basketball world breaks out in debate every time a new piece of information about Wiseman’s situation appears, Hardaway continues coaching his team with national championship aspirations and without any actual scrutiny.

Wiseman will be off to the NBA after this season, whether he plays another game at Memphis or not. In reality, this was never really about him anyway. It was about the people who put him in this situation.

The minute it became about Wiseman was the minute the NCAA lost an opportunity to send a powerful message to the grown-ups who keep this unjust and oppressive system going.