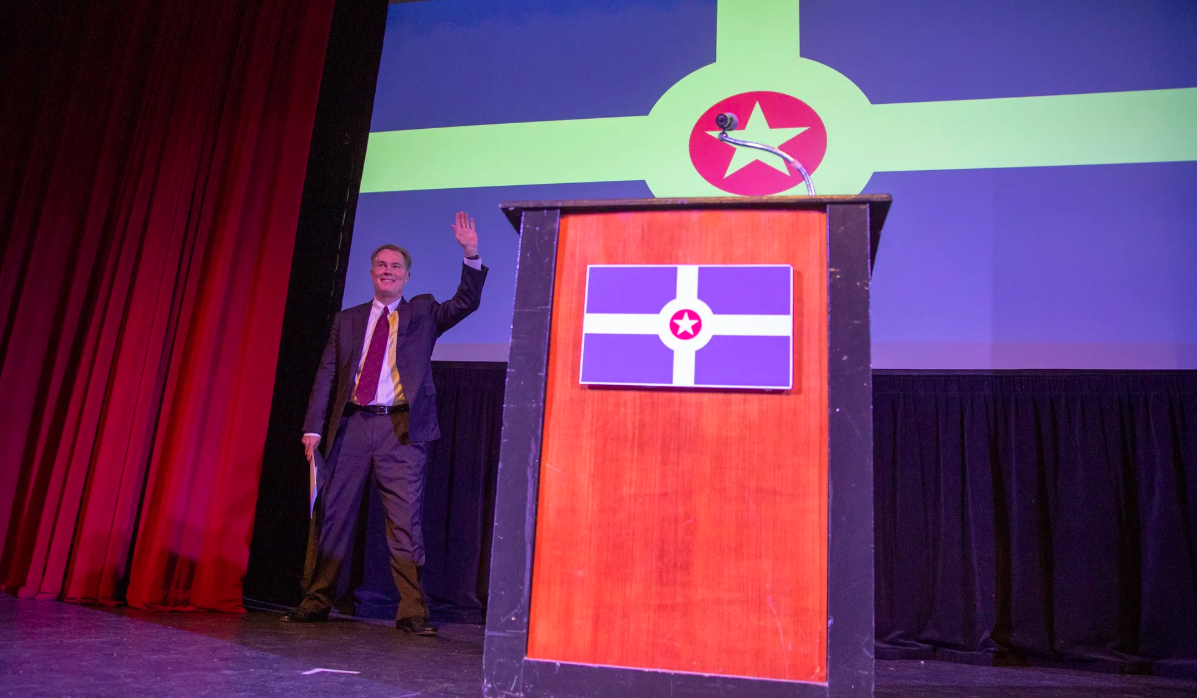 Joe Hogsett was elected for his second term as mayor of Indianapolis. Photo courtesy of Indy Star.

Incumbent Mayor Joe Hogsett secured a second term as mayor of Indianapolis, and the Democratic Party increased its majority on the City-County Council on Nov. 5. Hogsett has served as mayor since 2016, and previously worked as Indiana’s Secretary of State and a federal prosecutor for the Southern District of Indiana.

“I am humbled, I am honored and I could not possibly be more excited to serve as the mayor of Indianapolis for another four years,” Hogsett said while declaring victory at his election party at the Athenaeum on Nov. 5.

In addition to retaining the mayor’s office, Democrats claimed 20 of the 25 City-County Council seats, flipping five districts. Four Republican incumbents, including minority leader Mike McQuillen, were voted out of office. District 15 has still yet to be called, where Republican incumbent Andy Harris runs against Democrat Jessica McCormick.

Hogsett’s campaign was largely focused on recognizing his accomplishments in his first mayoral term, but also acknowledged that there is “still more work to do,” particularly in economic growth for all areas of Indianapolis.

Hogsett earned his law degree and an undergraduate degree from Indiana University. He received graduate degrees from Butler University and Christian Theological Seminary.

Merritt kept his senate position in the Indiana Statehouse while running for mayor, so he will remain in his seat until he is up for re-election in 2022.