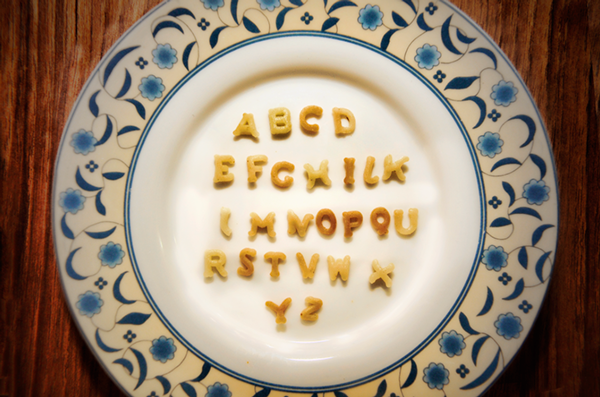 I’ve been having many sleep-deprived thoughts lately, some weighing more heavily on my mind than others. I just need to get this one off my chest.

The alphabet has been in this order since the 16th century and I just think it’s time to shake things up a little bit. It is 2019, after all. The song we learned in kindergarten was an absolute banger at the time, and it still is. But I think we should change the lyrics — you know, for kicks.

I know what you’re thinking:  “Yes, this makes perfect sense!” Or maybe you’re saying, “Oh my gosh, why didn’t I think of this sooner?” Whichever it is, I’ve come to ease your woes.

I mean why is the alphabet in this order anyway? And why hasn’t anyone changed it? Who made the song? Why does it have the same tune as Baa Baa Black Sheep and Twinkle Twinkle Little Star?

When I was a toddler asking these large life questions, no one was able to give me an answer.

So, now as a 20 year old, I’m throwing caution to the wind and fully embracing what college has taught me: question everything.

Here I go, questioning the alphabet and taking my chances with reorganizing it.

1. Get rid of Q. You can simply combine K and W to create the same sound— don’t make it more complicated than it needs to be.

2. Top tier letters should be moved towards the front of the alphabet. This is where a bit of subjectivity comes in. What I consider to be a “top tier letter” may be different from someone else. I, personally, think that S, T and R deserve a bit more recognition than they are receiving right now. They’re used fairly often and it’s such a shame that they are towards the back.

3. Group the vowels. This may not be too popular amongst the general public, but why have them all scattered around? Make them easy to find!

4. LMNOP is incredibly difficult for little kids to say. When I was a child it was hard, and seeing other children struggle with it now, however cute it may be, reminds me that it doesn’t have to be, and shouldn’t be, so difficult.

5. I think that there are some forgotten letters that should have their time to shine, whether it be at the end or towards the beginning. Letters like H, I, J and K just deserve a little more attention. The song drags through these letters until you get to the previously mentioned LMNOP where it picks up again. H, I, J and K are like the Lost Boys — good-hearted and worthy of attention, just a little neglected.

I’ll let you imagine what the final order might turn out to be and what the new tune may be like — may I suggest Cotton Eyed Joe? I appreciate you coming along for the journey and remember: college is the time to question everything, especially when you’re losing your mind from lack of sleep.