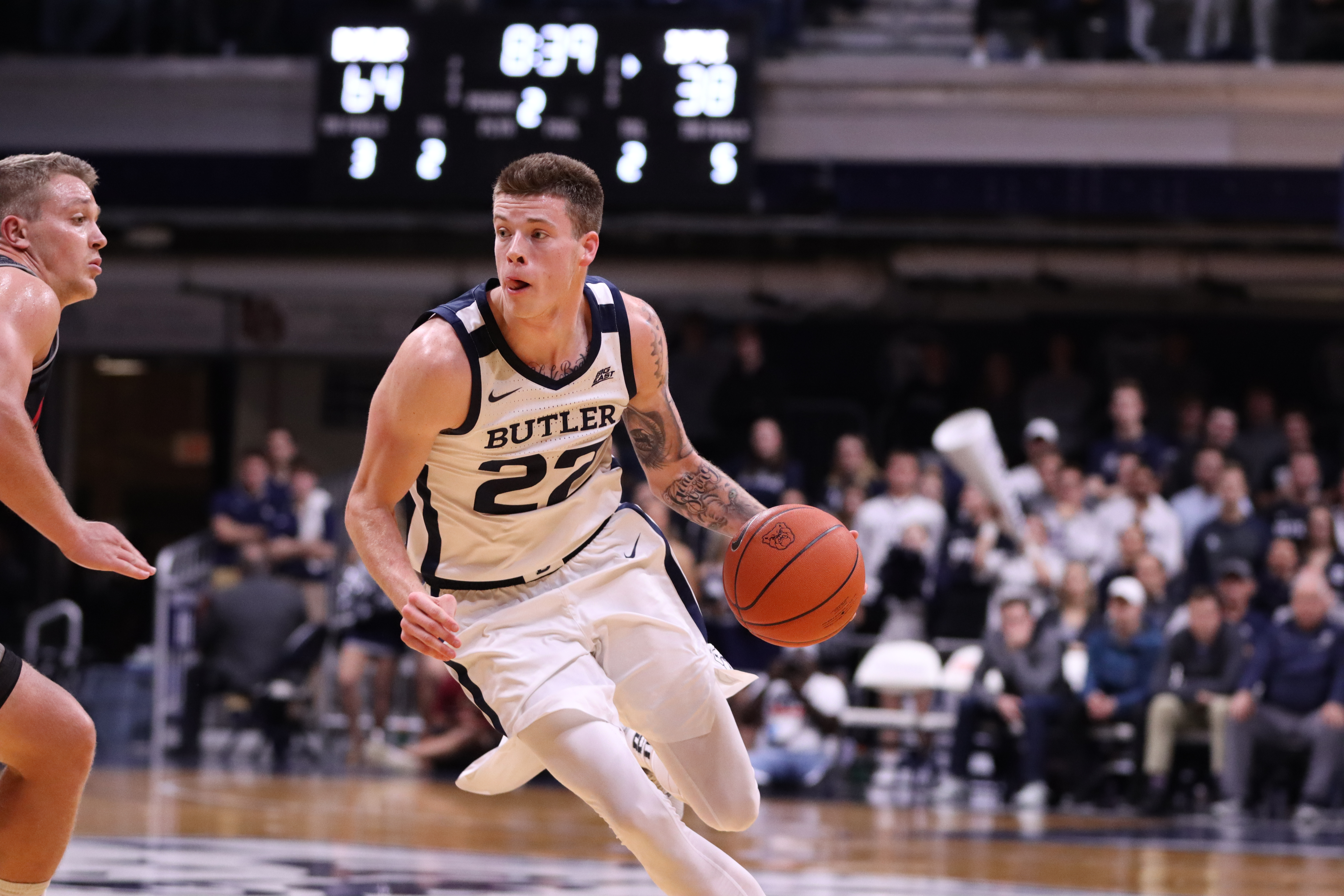 After a wild opening night win over IUPUI 80-47, the Butler men’s basketball team hosts New Orleans on Nov. 9. The Privateers arrive at Hinkle Fieldhouse 1-0 after a win against Spring Hill in their first game of the season. Here’s what you need to know as the Bulldogs take on the Southland Conference favorites.

Who: Butler vs. New Orleans

1. The Privateers have a balanced offensive attack.

New Orleans returns four of their top six scorers from a team that went 19-14 last season. In 2018-19, the Privateers had no one scoring more than 13 points per game, but they had six players scoring more than seven. After one game this season, it seems as though they will have another balanced attack this season. In their first game, the Privateers had seven players score nine points or more en route to scoring the most points ever scored in Lakefront Arena — New Orleans’ home floor.

The attack comes from all over the floor and will force Butler to guard at every position. While Butler will have a slight size advantage on the interior, the Privateers have a collection of big guards including Bryson Robinson who is the leading returning scorer. Robinson averaged 11.5 last season and started this season with 22 points, five rebounds and four assists on 57% shooting. Robinson and company will put pressure on Butler’s defense and force them to guard at all levels.

3. New Orleans doesn’t shoot it well, but they will get to the line.

The Privateers are not a great 3-point shooting team. Last season, they shot 33% as a team and made just four of their 13 attempts in the first game of this season. In the same breath, New Orleans will get to the free throw line at a high rate. 28 of their 114 points in their season opener came from the charity stripe and they attempted 34 total. Butler did a good job against IUPUI limiting the amount of times the Jaguars got to line — they shot just eight free throws and made two of them. However, the Privateers get to the line with far more consistency than the Jaguars, having shot over 20 free throws per game last season. The three point line might not be a huge problem for Butler, but defending without fouling will be at a premium.

3. Pay attention to what lineups Butler puts out tonight.

Even though Butler delivered a convincing win against IUPUI, there are still a lot of questions marks surrounding Butler’s health. Will Christian David and Henry Baddley return from illnesses? Was Derrik Smits’ knee acting up on that particular day or is this something Butler will have to deal throughout the season? And of course, how bad is Kamar Baldwin’s abdominal injury and will he be held out against the Privateers?

On top of that, head coach LaVall Jordan saw some inexperienced, young players perform at a high level against IUPUI. How do those players fit into the rotation even if the majority of the aforementioned players return against New Orleans? Bryce Golden and Khalif Battle, in particular played strong minutes for Butler and proved worthy of substantial minutes. Ultimately, more depth is a good thing for Butler, but it does present a more complex puzzle for Jordan to put together. Pay attention to which players are available, and which ones see the floor most against the Privateers.