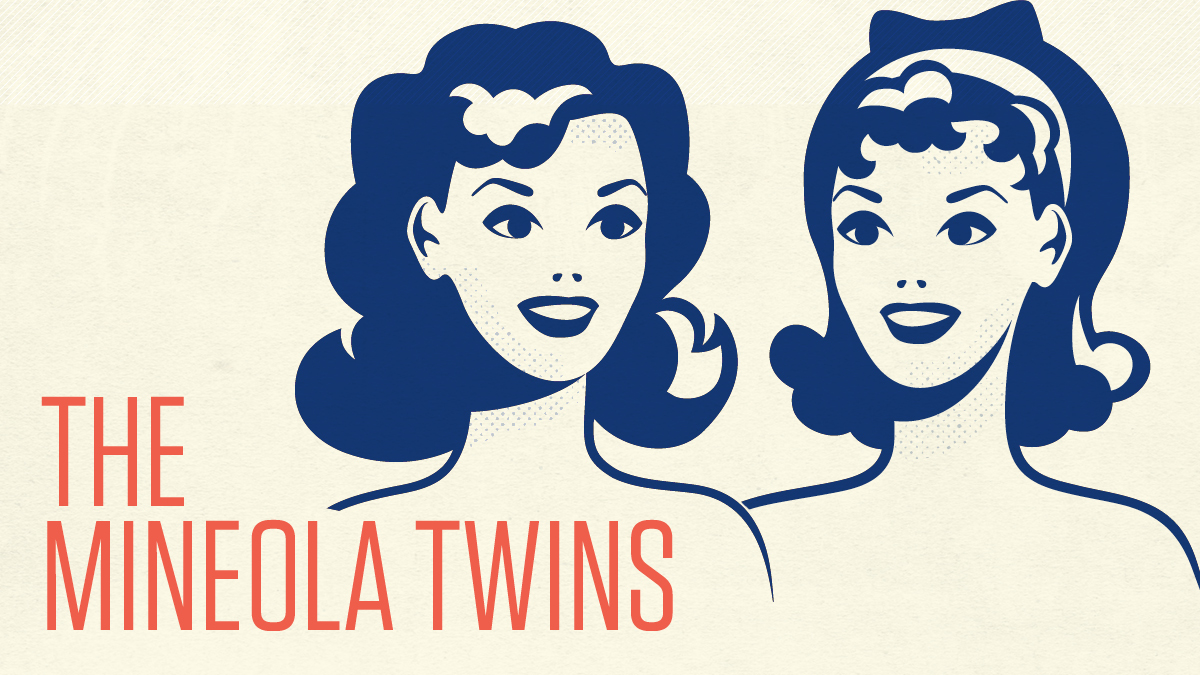 The Mineola Twins is a satirical play written by Paula Vogel in 1999. Photo courtesy of Indy Arts Guide.

This week, Butler Theatre will present their production of “The Mineola Twins.”

“The Mineola Twins,” a Tony award-winning comedy that follows the lives of identical good and evil twins Myrna and Myra, will take place this weekend in Schrott Center for the Arts.

Sophomore theatre major, Alana Hernley, plays the Voice, a character in the play that echoes Myra and Myrna. Hernley said there are several reasons the production sparked her interest.

“I was really excited to do a production especially written by a female author, Paula Vogel,” Hernley said. “Her concepts and ideas were very interesting and it was a very weird and out there show, and I was very excited to be involved in it.”

Hernley said audiences of all ages can enjoy the show, even though it’s set in different decades.

“Well I had to read it a few times because it was a pretty complicated script to just read and not see, but what really stood out to me was the end,” Davies said. “The whole thing is just a series of serious topics and it comes to a very serious end, but there’s so much humor in it which is really nice.”

William Fisher is a theatre professor and the director of the show. Fisher said the research and planning of the play has been going on for over a year, and each show they put on requires its own process.

First, Fisher tries to make the play’s structure as concrete as possible. Then, the play is read together and actors learn their parts by “getting up on their feet and seeing the play.”

Like Hernley, Fisher believes the play still has relevance today.

“The way women are seen throughout different points of history leads us to today in one way or another,” Fisher said. “It gives us perspectives that still exist today on limitations on women’s roles in society and how they are viewed, the sexualization of women and the stigmatism of, at the time, what would have been called gay and lesbian — well, we’re still dealing with all of these things. There’s real history that’s being referred to here.”

Fisher urges students on why they should come see the show, particularly because it handles serious topics in a comedic light.

“It’s a show that will surprise and enlighten people,” Fisher said. “I think they will relate because the main characters are young and struggle with things that many young people struggle with.”

Ticket prices vary depending on the day of the show as well as the age of the attendee. The preview of the show tonight at 7 p.m. will cost $5 for general admission but is free for students. In addition to the preview night, the play will take place Nov. 7-Nov. 9 at 7 p.m. and Nov. 10 at 2 p.m. Approximate runtime is under two hours with intermission, and students can receive BCR credit.

Tickets can be purchased online or at the box office inside Schrott Center for the Arts.