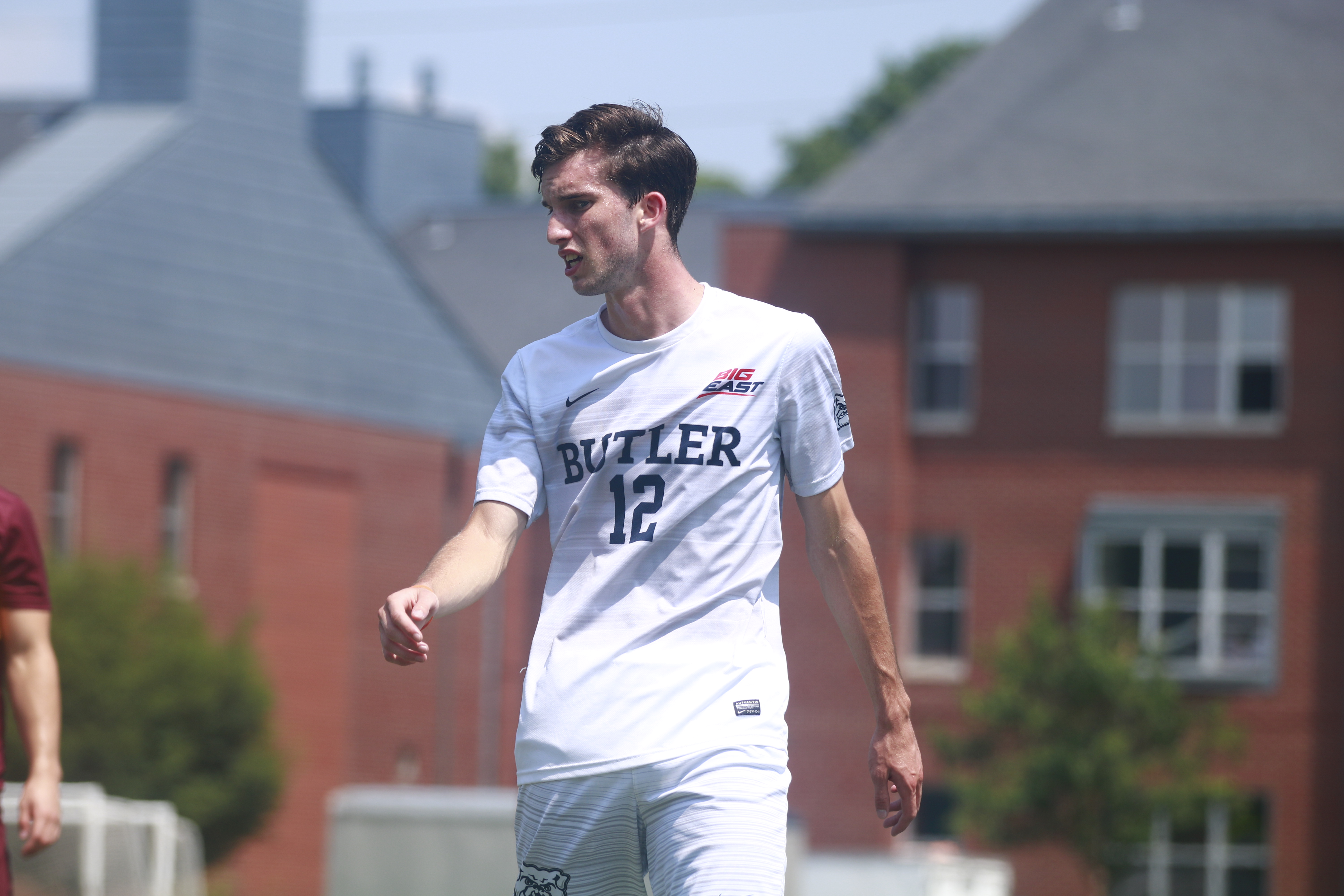 Griffin DeBolt scored Butler’s only goal against the Bluejays. DeBolt has two goals this season for the Bulldogs. Collegian file photo.

Sophomore defender Griffin DeBolt started things off with a goal in the fourth minute, his second goal of the season. Recovering the loose ball in the box, DeBolt tapped it in. In the 16th minute, senior forward Brandon Guhl nearly scored if not for a save from Creighton goalkeeper Paul Kruse. Guhl recorded a team-high five total shots.

Creighton knotted the game in the 26th on a goal from senior midfielder Yudai Tashiro. He scored from a pass towards the top of the box from junior midfielder Kuba Polat, which he directed low into the net.

Another chance for Butler came in the 94th minute, from freshman forward Wilmer Cabrera Jr., but it was blocked.

Sophomore goalkeeper Gabriel Gjergji made six saves, five of which came in the second half and overtime.

Freshman defender Jake Ashford from scored off a rebound on a corner kick in the 105th minute.

With the loss, Butler drops below Creighton in the Big East standings to fifth-place. Since they ousted Seton Hall — who currently has the same Big East record — earlier in the season, they hold the tie-breaker.