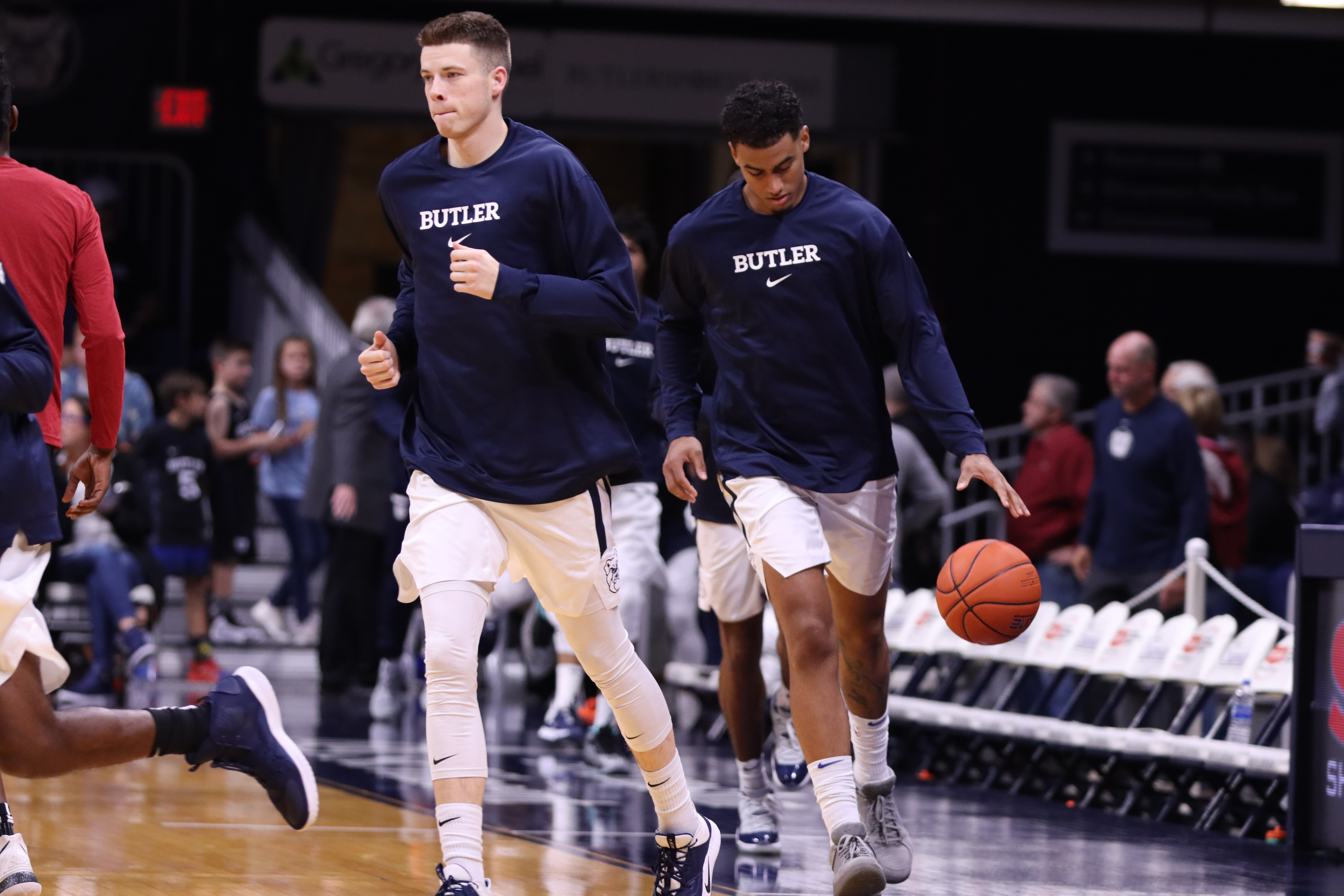 Ultimately, a roster is only as good as the version of each player a team gets that season. It doesn’t matter how good a player shot the ball last year or, for that matter, how poorly. So, instead of breaking down Butler men’s basketball’s roster based solely on stats from last year, let’s discuss what each player needs to be this season for Butler to return to the NCAA Tournament. Of course, success can be measured on more than just the Big Dance, but for the purpose of this conversation and the current situation of this team, inclusion in the 68-team field is a fair benchmark.

After breaking down guards, the forwards are next.

Jordan Tucker: There’s a world where Jordan Tucker is the best player on this basketball team. The 6-foot, 7-inch forward has all the tools to be an All-Big East caliber player, but he was not anywhere near that last season. To be clear, Butler does not need the Duke transfer to be that to make the tournament, but it certainly needs him to take a step in the right direction. Last season, Tucker shot a respectable 37 percent from beyond the arc, but an abysmal 33 percent on his 2-point shots. First and foremost, Tucker needs better efficiency in general. Part of that increase in efficiency will come if he adds some diversity to his offensive game. Tucker slipped into a one-dimensional threat of just shooting 3-pointers last season. Butler very much needs him to be more of a playmaker whether it is in the starting lineup or coming off the bench.

The Bulldogs also need Tucker to rebound the basketball with consistency. If Tucker rebounds well, it gives head coach LaVall Jordan much more lineup versatility because he won’t have to play bigs Derrik Smits and Bryce Nze at the same time. Tucker rebounding makes Butler’s offense and defense more versatile and harder to grasp. All in all, Butler needs more from Tucker on both sides of the ball in his first full season of college hoops.

Sean McDermott: This is where I tell you to glance at Sean McDermott’s stats from Butler’s two exhibition games. The redshirt-senior senior averaged 23.5 points over the two contests, shot 62.5% from beyond the arc and led Butler in scoring. Now, Butler does not need him to lead the team in scoring — that’s Kamar Baldwin’s job — but they might need him to be the go-to second scorer on this team. Last year, Butler struggled to find a consistent second option behind Baldwin. Through two games, McDermott is showing the capability to be that guy. Of course, he is shooting the ball well – that’s what he does. But McDermott showed the willingness to take the number of shots required of a secondary scorer. The Bulldogs ran more plays for him and he showed flashes of getting to the basket. Ultimately, Butler needs someone on this team to average more than 13 points per game. McDermott is poised to be that someone.

Christian David: If anybody was more impressive in the two exhibition games than McDermott, it was Christian David. Jordan has raved in press conferences about the summer that the junior had both on the court and in the weight room. The added confidence is shining brightly. In the first exhibition, David had 10 points, six rebounds and four assists. That’s exactly what Butler needs from David this season. They don’t need him to blow anyone away with his box score, but the Bulldogs need more consistent production while he continues to be the motor man he was last season. Let’s not get too carried away, but somewhere around eight points and four rebounds is not out of the realm of possibility by any means. That kind of production would add another dimension to this team on both ends of the floor.

There are two things I am looking for from this group. First, someone in this group needs to be the second scorer for this team. It looks like it will be McDermott, but Tucker is also capable of that hypothetical 13-point benchmark. The other expectation? Consistency. This team needs to know exactly what they are going to get from more players night in and night out. A lot of inconsistency last season came from this part of the roster. Consistent perimeter impact on a nightly basis will go a long way if Butler is going to play well into March.