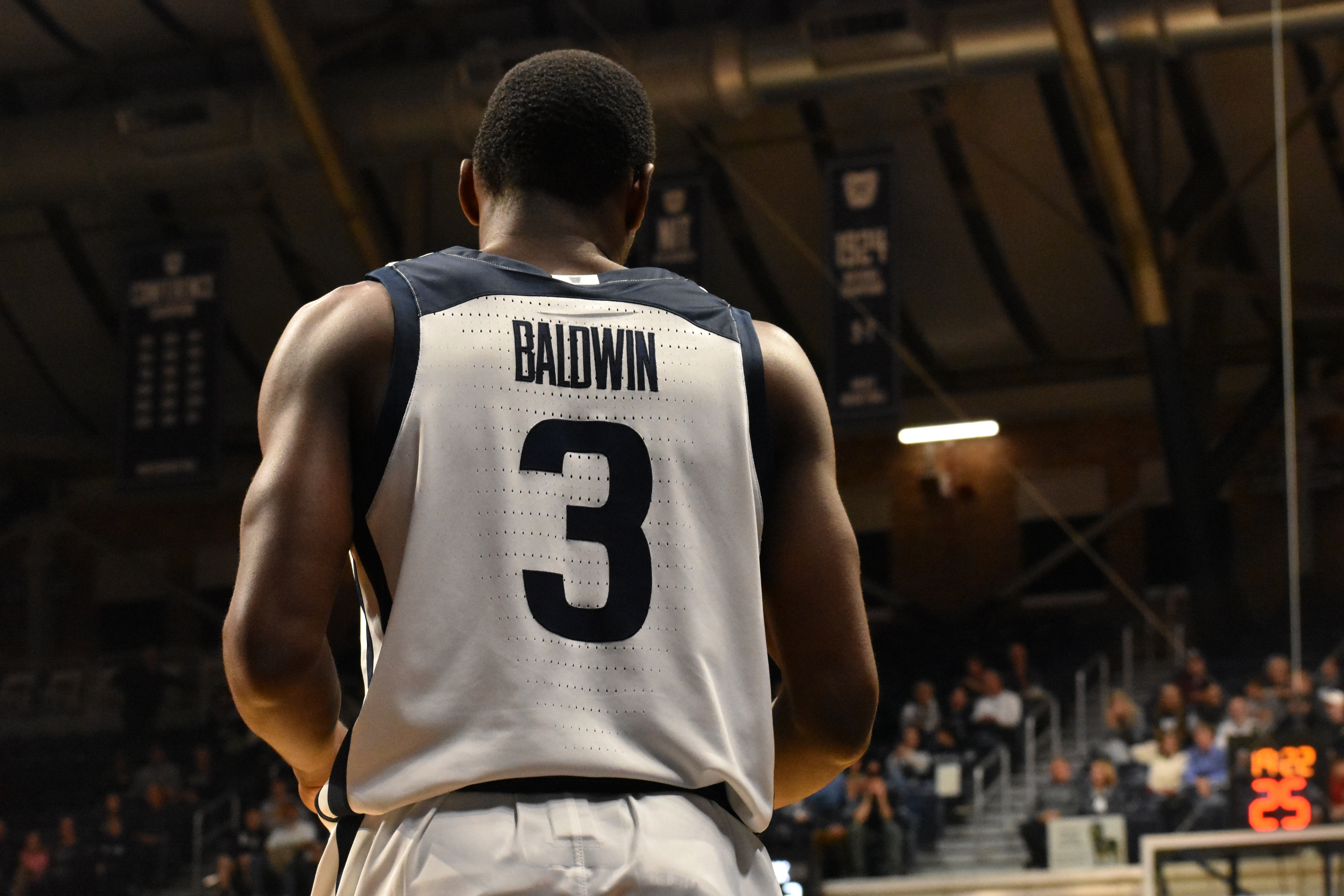 For four consecutive years, despite two head coaches and roster turnover, one thing was consistent when it came to Butler basketball: the Bulldogs would hear their name called on Selection Sunday.

Last season, Butler could only watch as 68 other teams were selected for the Big Dance.

In head coach LaVall Jordan’s second season, the Bulldogs posted a 16-17 overall record and finished tied for last in the tightly-packed Big East with a 7-11 conference mark. Butler dropped four of its final five regular season contests, fell to Providence by 23 points in the first round of the Big East Tournament and saw its season come to a disheartening end with an 80-76 loss to Nebraska in the first round of the NIT.

In mid-February, the team was 15-11 and widely predicted to make the NCAA Tournament. One month later, after dropping six of its last seven games, the team entered the offseason motivated to prove it can get back to previous levels of success.

“Collectively, we all have a chip on our shoulder from last year,” junior guard Aaron Thompson said. “We just talk about getting back to playing Butler basketball. Just being a tough, gritty team that teams hate to play against.”

The Bulldogs return four of their top six scorers from a season ago as they aim to exceed the eighth-place conference finish they were picked for by Big East coaches. Key departures include guard Paul Jorgensen, Butler’s second-leading scorer last year with 11.7 points per game, as well as centers Nate Fowler and Joey Brunk.

Replacing Fowler and Brunk as options on the interior are Derrik Smits, Bryce Nze, Bryce Golden and John-Michael Mulloy.

Smits, the son of former Pacers player Rik Smits, comes to Butler from Valparaiso as a graduate transfer. The 7-foot-1-inch Zionsville native led the Crusaders in both rebounding and scoring last season, but said he understands he won’t be expected to play the same role with the Bulldogs.

Nze, a redshirt junior, sat out last season as a transfer from Milwaukee, where he played under Jordan his freshman year. Golden, a sophomore, played in just 15 games last season due to injury, while Mulloy begins his freshman campaign after leading Carmel High School to a 4A state title last year.

The Bulldogs are hoping to improve their rebounding after finishing last in the Big East in boards per game a season ago. Redshirt senior forward Sean McDermott said the team’s new interior players will benefit them significantly in multiple aspects.

“I think it really helps,” McDermott said. “Obviously now we can play a little bigger. I think our size matches a little better with the rest of the Big East teams.”

McDermott and Kamar Baldwin are the team’s top two returning scorers. McDermott converted just a quarter of his 3-point attempts in Butler’s final six games, but finished the season with a roughly 40% rate from beyond the arc, good for sixth in the conference.

Baldwin, a preseason All-Big East first team selection, led the Bulldogs in scoring average and rebounding last season with 17 points per game and 4.9 boards per game. The guard has eliminated some of the hitch in his shot in an attempt to improve efficiency after making only 31 percent of his 3-point tries last year.

“I think a big thing is that he’s confident,” McDermott said of Baldwin. “He seems extremely confident in his shot right now.”

With the number of new faces on the team this season, Jordan said he appreciates the leadership he’s seen from both Baldwin and McDermott.

“They are holding teammates accountable,” Jordan said. “That’s something that’s critical. All the good teams that I’ve been around have had a component of that somewhere. They’re emerging in that area and that’s a good thing for this team.”

Among other key returners for Butler is junior forward Jordan Tucker, who saw varied success playing in the team’s final 24 games as a mid-year transfer from Duke. The former 4-star recruit impressed from beyond the arc, hitting 37 percent of those shots, but knocked down just 33 percent of his 2-point attempts.

Thompson returns as the team’s primary ball distributor. Senior guard/forward Henry Baddley appears in line to serve as a contributor off the bench after averaging 16.9 minutes and 4.4 points per game last year. Also in the mix is junior forward Christian David, who looks poised for an increased role, and four-star freshman guard Khalif Battle.

Thompson said the integration of new faces into the program has been a very smooth process.

“I think that we’ve been a lot more connected than we’ve ever been as a team,” Thompson said. “I think on and off the court, we’ve been sticking together… I think that will translate onto the court for us.”

Following exhibition victories over IU-Kokomo and the University of Indianapolis, Butler will open its 2019-20 regular season slate with a home contest against IUPUI at 6:30 p.m. on Nov. 6. The Bulldogs will play another four games at home before traveling to Kansas City, Missouri on Nov. 25 to take on Missouri as part of the Hall of Fame Classic.

Butler will face Power 5 opponents in seven of its 13 nonconference matchups, including a home game against No. 6 Florida on Dec. 7. Conference play will begin on Dec. 31 with a road game against St. John’s before the Bulldogs return to Hinkle Fieldhouse for their Big East home opener on Jan. 4 against Creighton.

With less than enthusiastic expectations from the conference’s coaches, Thompson said this team is ready to embrace a familiar underdog mentality.

“We noticed that we might not be the most talented team, or the biggest or the strongest,” Thompson said. “But we know if we stick together we can do big things.”