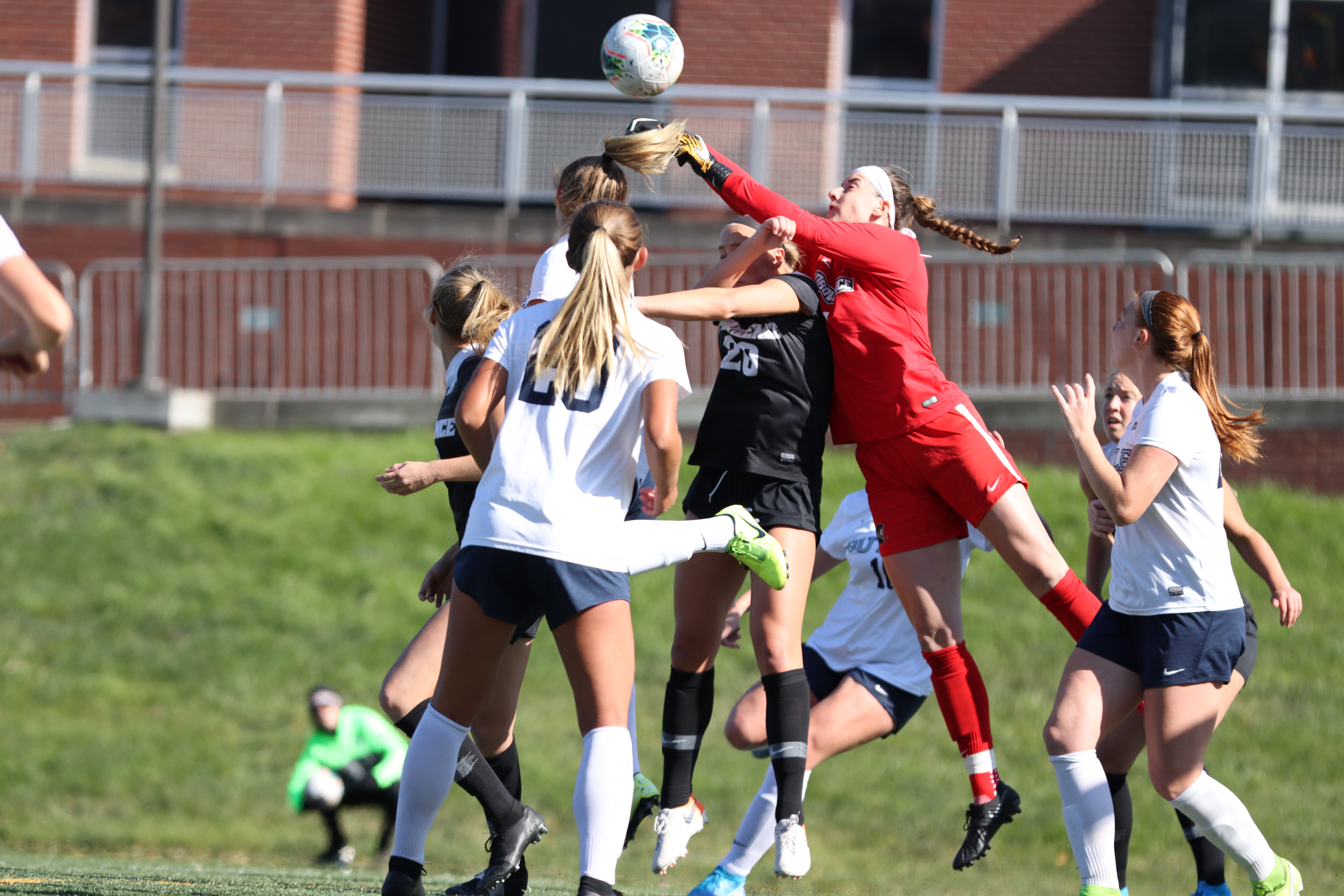 Providence goalkeeper Shelby Hogan knocks the ball away from Butler in the box during the Bulldog’s Big East quarterfinal loss. Photo by Chandler Hart.

The Butler women’s soccer team tied Providence 1-1, but fell 5-4 in penalty kicks to the Friars in the Big East Championship quarterfinal on Nov. 3. Butler’s season ends with a 10-5-4 record. The Bulldogs jumped ahead 1-0 just before halftime but Providence used a late surge to create opportunities and tie the game. Here’s what we learned:

1. The Friars responded after a Butler-dominated first half

Anja Savich’s header goal in the 39th minute gave Butler the lead after a commanding stretch in the first half.

Hannah McNulty’s missile of a free kick tied the match at one. It revived the Friars and paved the way for a strong surge at the end of regulation.

Play was more even through both overtimes, but ultimately no one was able to score.

2. Butler was unlucky on a few chances

The Bulldogs ran into a couple unlucky plays — high shots and hit crossbars — and a hot goalkeeper in the match. A pair of key second half chances would have put the game out of reach for Providence.

Shelby Hogan, the Big East preseason goalkeeper of the year, was stout when called upon in the match. She made a huge save that stopped a diving header from Celia Gaynor.

Amanda Kowalski’s free kick set up the beautiful chance from Gaynor but Hogan said no. Butler would have led 2-0 in the match had they scored.

Earlier in the second half, Macy Miller missed on another potential 2-0 lead for Butler. From about 10 yards out Macy Miller hit the crossbar. Butler kept in possession but Hogan punched away a cross from the Bulldogs.

Ultimately, the game came down to another unlucky factor, penalty kicks. Providence led 4-2 before Butler battled back to tie to shootout at four.

3. Disappointing finish to the season

For Butler, it’s one of the more disappointing ways they could have ended their season. After all, just three days ago they were in play for a Big East regular season championship. Now, they see their season end before they can challenge Xavier and Georgetown, the two top teams in the Big East, for a conference tournament championship.

Butler had won at least one game in the Big East championship in three of the last four seasons. That stretch comes to an end with the loss to the Friars.