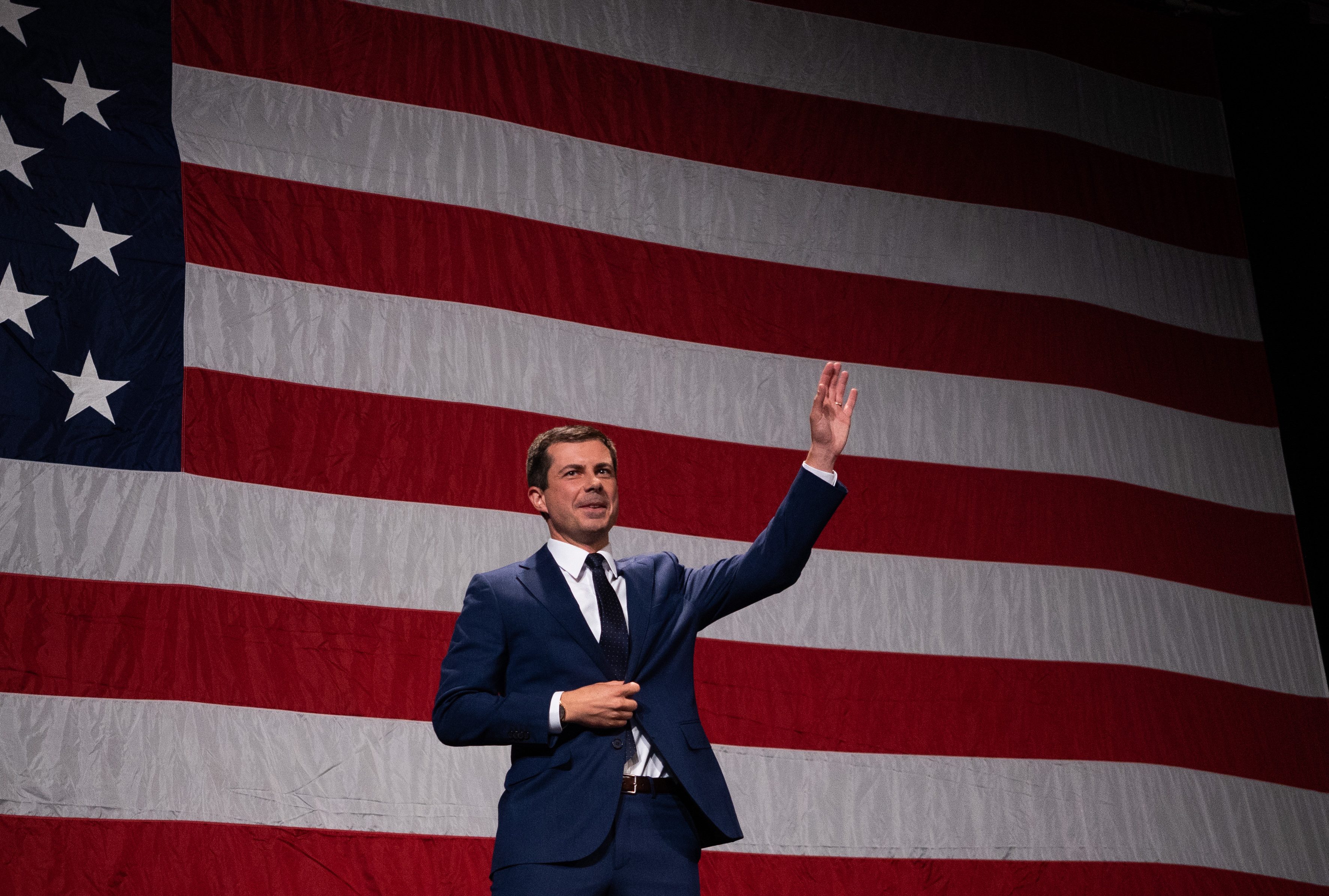 Photo courtesy of Pete for America.

The fourth round of the Democratic Primary debates is coming up on Oct. 15. The past three debates have been slightly overwhelming to watch, with so many candidates trying everything they can to gain voter support.

Candidates who made it to this coming round had to receive 130,000 donations, 400 of which were unique donors from at least 20 states. The 12 candidates who met these qualifications will have 30 to 45 seconds to speak — so they have to water down their plans.

One person who does not struggle with the time constraints is Pete Buttigieg. Buttigieg was born in South Bend, where he is now mayor. From 2009 to 2017, Buttigieg served in the U.S. Navy Reserve as a naval intelligence officer.

He has been concise and relatively mild-mannered over the course of his campaign. Buttigieg is  hanging on in the top five candidates, but I think if he focuses on two key issues he may receive the nomination. Where I think Buttigieg’s campaign is beginning to stall is with people of color. There is one incident that are still fresh in the minds of black citizens: the murder of Eric Logan.

On June 16, Eric Logan, a black man, was shot and killed by a white police officer. The South Bend Police Department received a call that someone was breaking into cars. When police officers confronted Logan, he allegedly flashed a knife, prompting the officer to fire at him.

The case has complications beyond this, though. The cop who shot him failed to turn his body camera on. It seems that half of South Bend blames Buttigieg, while the other half believes a lot of the responsibility remains on the police department’s administration.

After the shooting, Buttigieg revealed The Douglass Plan, which aims to end systemic racism. This will not magically solve racism overnight, but I think it is a good step and shows his commitment to racial justice. He needs to bridge the gap between him and black voters who lost trust in him after Logan’s death.

Although communities of color often have lower voter turnout rates, they have intense power in elections. Taking the time to encourage people of color to vote, in a way that does not tokenize them, will have a drastic impact on this election. One of the key areas in which Buttigieg needs to more aggressively focus is racial injustice in our country.

The second major issue Buttigieg needs to tackle is climate change. The environmental crisis has not been center stage at the debates, but Buttigieg is right when he calls climate change the biggest security threat of this era. Our rapidly changing climate is threatening everyone’s lives. It is too large of a problem to ignore. If not addressed soon, it will be too late to reverse the damage.

Greenpeace, an environmental justice organization, rated 20 of the 2020 candidates on the effectiveness of their climate plans. Bernie Sanders came in at number one while Buttigieg ranked at number 10. The main difference between their plans is $15 trillion in spending, and the benchmarks are 20 years shorter with Sanders’ plan.

What makes people hesitant about Buttigieg’s plan is the carbon taxes he has proposed that count on researchers to develop technology that eliminates carbon. This means that he is relying on people to make something that may not ever exist.

Like any other research project, there are risks, but taxes like these can end up hurting middle and lower class citizens. He should reconfigure his plan to attack the environmental crisis faster, considering that there is a deadline to lower CO₂ levels.

Once he proves to voters that he is fully committed to these critical issues facing our country, Buttigieg will quickly draw in support. Throughout the nomination process, Buttigieg has reminded the other candidates that politics is not about arguments, it is about improving citizen lives. If Buttigieg stresses racial and environmental justice on the campaign trail, I think it will pay off for him.