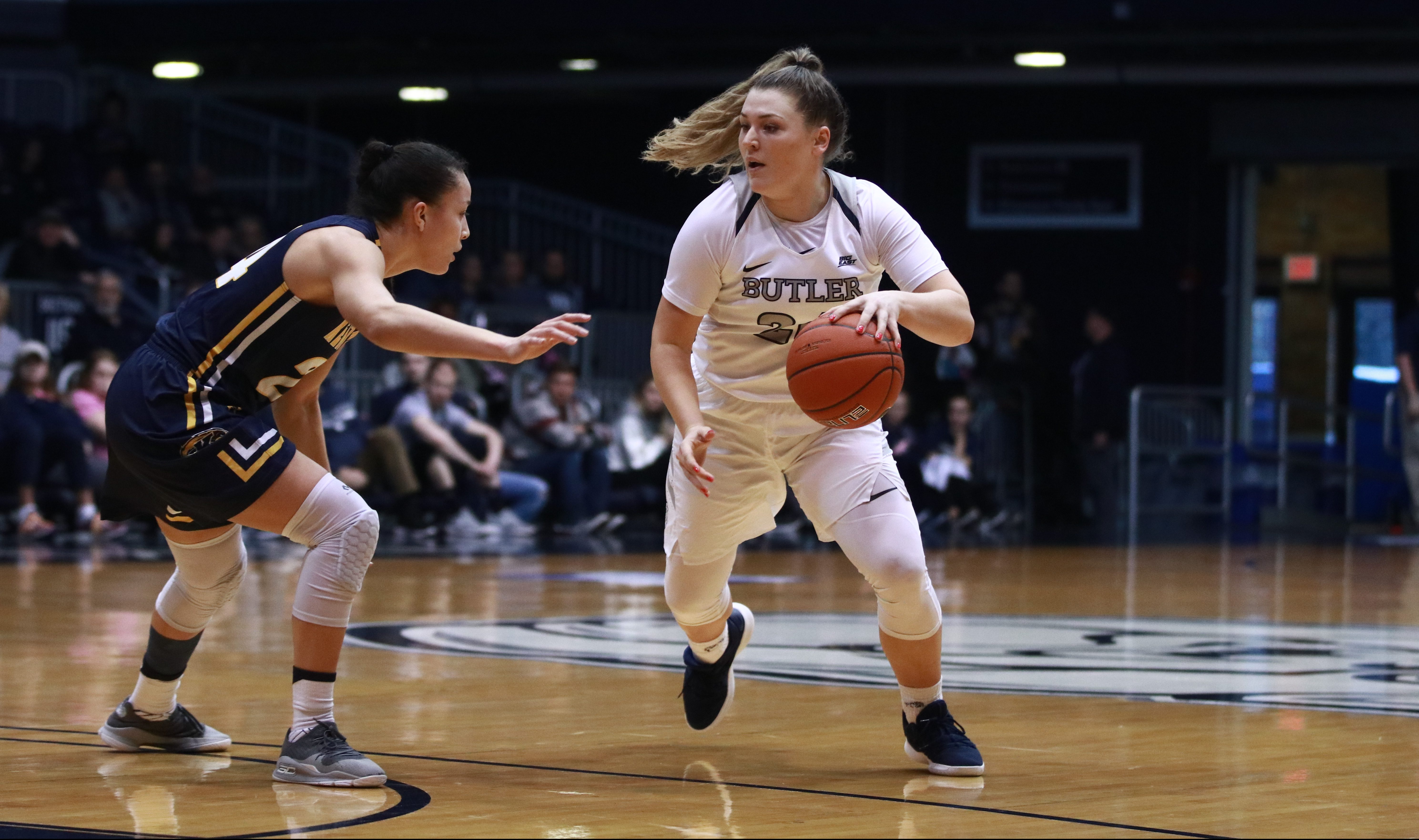 The men’s tennis team will continue to compete at the ITA Ohio Valley Regional in Nashville, Tennessee.

The men’s tennis team will finish its last day at the ITA Ohio Valley Regional.

The women’s soccer team is now 5-1-2 in Big East play after beating Marquette 3-0. The Bulldogs will next host Xavier at the Sellick Bowl in their last regular season game before the playoffs start at the end of this week. The Bulldogs have four wins and two ties in their last six games. Xavier is 6-2 in conference play and on a four-game winning streak. Last year these two teams tied 0-0 after double overtime when they faced each other. Kickoff will be at 7 p.m. and there will be free admission courtesy of butlerbulldoggear.com. If you cannot make it, the game will be available on BEDN.

The men’s tennis team will next travel to Normal, Illinois, for a weekend invitational hosted by Illinois State. This will conclude the Bulldogs’ fall season.

The volleyball team is coming off a 3-0 victory against Georgetown which moved them to 6-4 in conference action. The Bulldogs will travel to Chicago to take on DePaul. The Bulldogs beat the Blue Demons in five sets earlier this season. The Blue Demons are 3-7 in Big East play. First serve is set for 7 p.m.

Men’s basketball vs University of Indianapolis

The men’s basketball team will have their last exhibition game of the season against the University of Indianapolis. The bulldogs hosted IU-Kokomo in their first exhibition game of the year and defeated them 70-40. The University of Indianapolis has not played yet this season but will play Loyola and Xavier during the week before they travel to Hinkle Fieldhouse to take on the Bulldogs. The game will begin at 7 p.m.

The men’s tennis team will continue to compete at the Illinois State Invitational.

The cross country teams will travel to Kenosha, Wisconsin, for the 2019 Big East Championships. Both teams are coming off second place finishes in the Bulldog Invite where they rested their top runners. The Championships will be held at the Wayne E. Dannehl National Cross Country Course. The women’s team raced on this course earlier in the season and placed first out of nine teams in the Vic Godfrey Open. The men’s 8k will start at 12 p.m. and the women’s 6k will start at 12:50 p.m. The Georgetown men’s team is the reigning champion as they have won the past four years. The Villanova women’s team is the reigning champion and has won the past two years. The Butler men’s team finished third last season and the women’s finished in fourth. The races will be available on BEDN.

Women’s basketball vs University of Indianapolis

The men’s soccer team is traveling to Omaha, Nebraska, to face Creighton in one of the last conference games left in the season. The Bulldogs are 3-3-1 in Big East play after beating Villanova 1-0. Creighton is 3-4 in conference after an overtime loss to Providence. The Bulldogs lost to the Bluejays 3-0 last season. Kickoff will be at 8 p.m. and will be available on BEDN.

The men’s tennis team will finish their fall season with their last day competing in the Illinois State Invitational.

The volleyball team will return to Hinkle Fieldhouse where they will host Marquette. Marquette beat Butler in three sets earlier this season. Marquette is currently 9-1 in conference and will face Xavier before taking on the Bulldogs. First serve is set for 1 p.m. All the action will be available on YouTube.