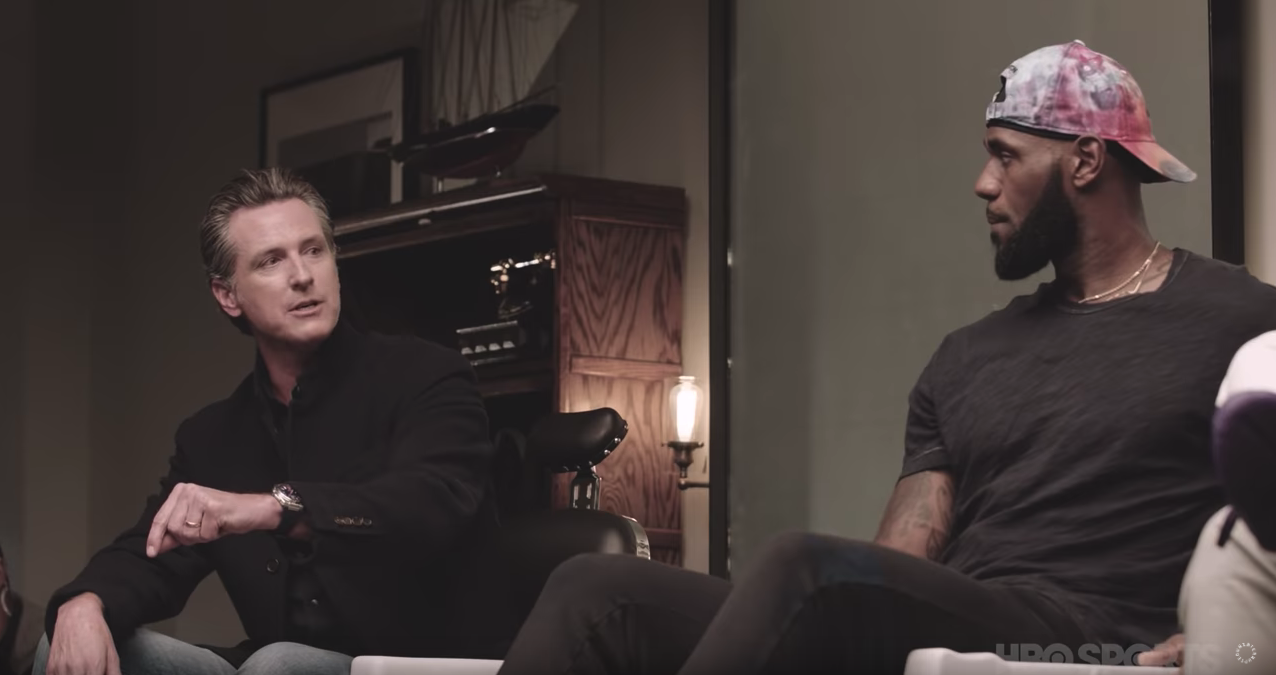 I’m not a lawmaker, nor do I claim to be one. But for a moment, allow me to explain what California Senate Bill 206 says about paying college athletes.

The bill passed by California governor Gavin Newsom on Sept. 30 prohibits universities in California from “preventing a student participating in intercollegiate athletics from earning compensation in relation to the athlete’s name, image, or likeness.”

In layman’s terms, any college athlete at California’s four-year universities has the ability to profit off of their own market value.

There is a very important distinction that needs to be clear. California is not suggesting that the universities themselves have to pay the players. Even college coaches, like Nebraska football head coach Scott Frost, are confused.

“Once you start paying a football player, you have to pay every student-athlete,” Frost said in a weekly news conference.

No, no, no, Scott. That’s not what this means. And this is why this works, because it isn’t up to the universities themselves. The money would come from elsewhere.

It would come from the local Tuscaloosa car dealership who wants Tua Tagovailoa to be in their commercial. Or from the parents of a young swimmer who want to pay Lilly King, standout swimmer at Indiana, to teach their child how to swim.

While this bill doesn’t go into effect until Jan. 1, 2023, there are immediate effects on the rest of the country and, of course, the NCAA — we’ll get to them.

Before I continue, please understand why this issue is picking up so much steam in state governments. Mainly, it just passes the out-loud test, but it also goes far beyond that. Politicians and governors have realized that this is a really easy way to gain publicity and support. This issue has been debated for decades and, outside of the NCAA, is one that the public, for the most part, agrees on.

I mean, Governor Newsom will forever be connected to LeBron James and this bill. Newsom signed the bill on James’ show, The Shop. That’s not exactly a bad thing for him, and other lawmakers and elected officials across the country are realizing the same thing.

It’s now been about a week and a half since Newsom signed that bill, and it hasn’t taken long for others to follow suit. As of Oct. 8, the list of states that have proposed a bill similar to No. 206 includes the following: Florida, Kentucky, Pennsylvania and South Carolina. There are several more states talking about this, but I highlight these four for a reason.

In response to the bill, the NCAA essentially threatened to ban California schools from competing for NCAA championships. That means no UCLA, USC or Stanford competing for national championships in any sport. I’m not sure if you’re aware, but those schools tend to be competitive in a wide range of athletics, from football to swimming to golf.

Now back to those other four states. Hypothetically, if the NCAA were to ban those four states from championship play, they would be banning John Calipari’s Kentucky basketball, Jay Wright’s Villanova basketball and Dabo Sweeney’s Clemson football teams from chasing after titles. Not to mention Florida, Florida State and Miami as well.

Why? Because the NCAA loves one thing more than any pillar of amateurism they claim to ride or die with: they love to make money. One of the ways they make ludicrous amounts of money is through TV deals. For example, the NCAA currently has a deal with Turner and CBS valued at over $18 billion giving them the rights to televise March Madness. That’s billion with a “B”.

ESPN has the rights to the College Football Playoff through 2025 for the steep price of $5.64 billion, or $475 million per season.

The NCAA can say whatever they want, but when these types of deals are in jeopardy because they’ve banned Duke and Alabama — hypothetically — from postseason play, don’t be surprised if the NCAA suddenly is much more open to the idea of players profiting from their name, image and likeness.

If you ask any athletic director, NCAA committee member or university president what they think about this push for fair pay, they probably aren’t going to be in favor. You’ll be shocked to hear this also has to do with money.

Right now, the NCAA controls all of the money in and around the industry. If college athletes get paid by third parties, they will lose part of that control. Instead of local businesses donating directly to an athletic program that is a member of the NCAA, they could give money directly to the players in the form of endorsement deals. All of a sudden, the players themselves are in control of the money rather than the institutions.

And that scares the NCAA.

It doesn’t scare them because they are afraid NCAA sports will turn into professional sports. News flash, they already have. I don’t know if you’ve seen some of these football stadiums, but they don’t exactly scream amateur athletics. And John Calipari would be the fourth highest paid coach in the NBA and the highest paid MLB manager with his current salary of $8 million.

The NCAA is married to an outdated system — one that no longer makes sense in 2019, or 2000 for that matter. It makes sense that if the NCAA is going to make billions off of their athletes, the athletes should have an opportunity to do the same.

It doesn’t matter what areas of concern come with it. NCAA president Mark Emmert recently did an interview with the Indy Star. In that exclusive conversation, Emmert tried to put the blame on the rules of professional leagues in this country, citing the age rules of the NBA and the NFL as the problem.

“We’ve made that clear we think that’s wrong,” Emmert said in the article. “They ought to be able to make that clear choice. We need to continue to work with the professional sports leagues [to make that happen].”

Mark, you make it sound like everyone has the choice. There are roughly 15 college freshmen every year that really could make the jump straight to the NBA. Nobody else can. Every year there are upperclassmen drafted in the NBA draft that weren’t ready to be NBA players when they left high school.

Steph Curry, the only unanimous MVP in NBA history, couldn’t have gone straight to the league. Kawhi Leonard, arguably the best player in the world, wasn’t going to the NBA right after graduating from high school. Even if the NBA and NFL completely drop their age barriers, there will still be athletes who just want to play college athletics.

How does it make sense that they shouldn’t get a chance to compensate from their name, image and likeness?

And forget the idea that this would create an unlevel playing field for schools across the country. There is no level playing field in college athletics between programs competing for the same trophy. Kentucky basketball and East Tennessee State, for example, are both fighting to be in the 68-team field and go to the Final Four. Are you going to try and tell me these two programs operate on the same level playing field? Not a chance.

It makes sense on every level. College athletes get to promote themselves and benefit from their market value. The responsibility of paying these athletes doesn’t fall on the schools themselves, but instead the companies that want to pay them. And, in my opinion, it wouldn’t change the way the NCAA works on the surface.

Duke and Kentucky will still get the same recruits. Alabama and Clemson will continue to dominate college football. And there will still be Cinderella stories like George Mason and Loyola Chicago. The only thing that changes is athletes have the opportunity to get paid.

Something they so obviously deserve.