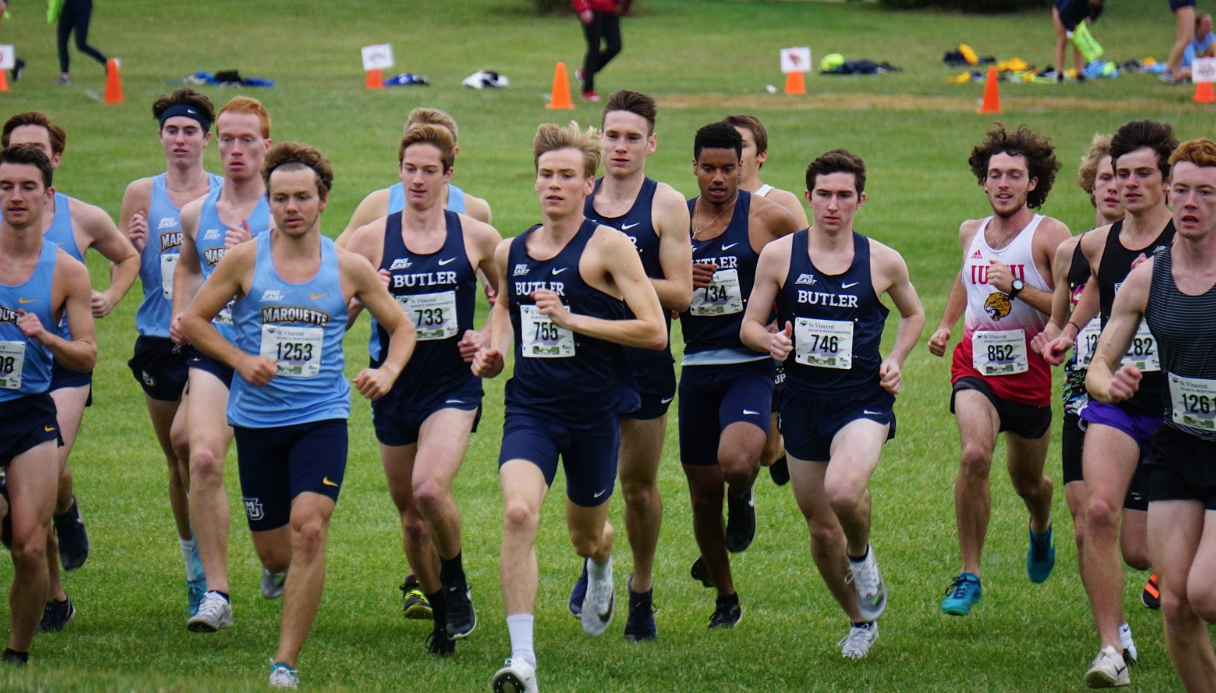 The Butler men’s cross country team in action at the Bulldog Invitational. Photo by Becca Atchley.

The men ran just six, placing all within the top 33 places. They were rounded out by Blake Roberts, Jacob McKenna, Trey Harris, Nick Robie and Lascelles Hussey. Most of these guys have not raced in the biggest races for the Bulldogs, so this gave them one last opportunity for the season to get an 8K race under their belt as the rest of the team heads into the postseason with the Big East Championships set for next weekend.

The women had a nearly identical afternoon, finishing 2nd as a team, just five points behind Marquette. The Bulldogs were led by sophomore Corinna Pena, who took 6th overall in 18:25.9 for 5K.

Both the men and women will travel to Kenosha, Wisconsin, next weekend for the Big East Championships. The Butler women will come into the competition as the only ranked Big East team, after being ranked No. 26 in the Oct. 22nd USTFCCCA Poll.