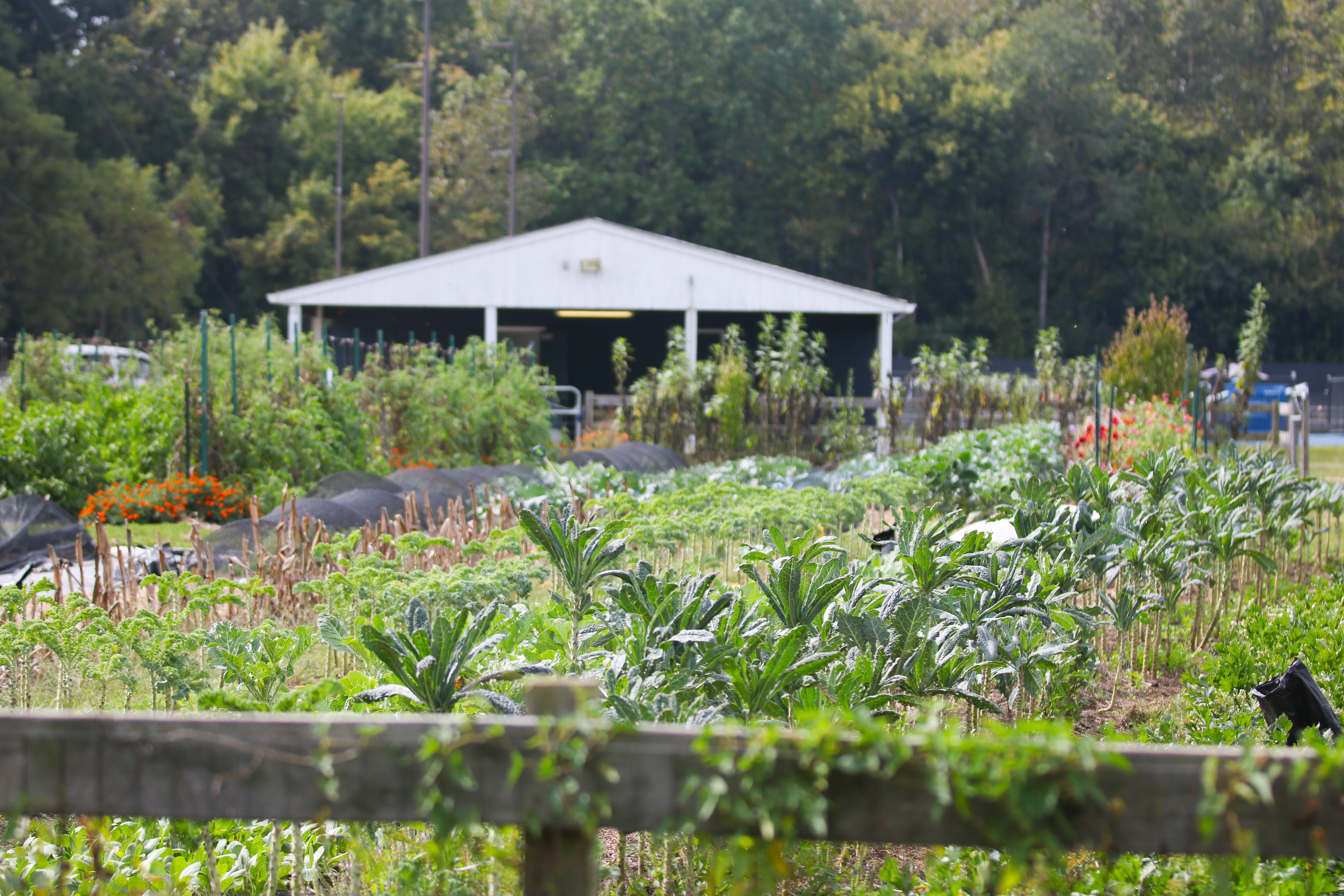 While some students are mourning the temporary loss of C-Club, there is one open on-campus snack option sandwiched between the outdoor tennis courts and the I-lot stairs.

Butler’s CUE Farm, a one-acre farm located on west campus, is open on Thursdays from 4-6 p.m. It offers a wide range of fruit, produce and herbs from May to mid-November. Many of the vegetables being sold at the CUE Farm stand do not require preparation and can be eaten raw, which is convenient for busy students.

However, CUE Farm manager Tim Dorsey said he has noticed a decrease in customers at the farm stand this year since the Butler Connection has stopped being sent out in August.

“We’ve sort of been killed since that happened,” Dorsey said. “We’ve been growing foot traffic over the past three years, and it definitely dropped off this year.”

Before the Butler Today, the farm’s opening hours would be in the Connection.

Even if people are told about the farm and they are interested, Dorsey said they often forget about it. The repeated notifications in the Butler Connection reinforced student awareness, and without the constant reminder, there has been a noticeable decrease in attendance.

The farm has been running for nearly a decade — it started in 2010, and has expanded over the years.

It’s not that the farm is new. Many students, especially first-years, simply do not know it exists.

First-year biology student Blake McClure was one of those students.

“I actually have never heard of the CUE Farm until now,” McClure said. “I think it’s a great option and more first-years should know about this.”

Even though fewer people are visiting the CUE Farm stand, the farm is able to sell its produce in other ways. In fact, students who have never visited the stand have still likely eaten the vegetables grown there, as the farm works with Bon Appetit to provide fresh and local produce in the dining spaces on campus.

Dorsey said the CUE Farm was never a vendor to Aramark, but Bon Appetit will take one or two ingredients from the farm and focus on incorporating those into certain dishes.

The CUE Farm works with other local restaurants too, such as Napolese, Public Greens and Good Earth Natural Food Co.

The farm is currently working on raising awareness among students. In the spring, they do pop-up stands at the gazebo near Starbucks to reach more students.

Dorsey said the farm would like to come to the gazebo more often or sell their produce at more accessible places on campus for students, but it is difficult to transport all the produce to another location.

Staff members of the CUE Farm have realized that students are not aware of its existence as well.

“It’s the willingness to branch out,” Coffman said. “Not only does the farm provide healthy food, but the way it’s managed is healthy for the environment, too.”

The farm has varying types of produce, such as cherry tomatoes and muskmelons, which are similar to cantaloupes. A lot of the produce does not require refrigeration. The most expensive item at the stand is a bag of potatoes, which costs $4.50. Most items are between $2 to $3 and some items are as cheap as 50 cents.