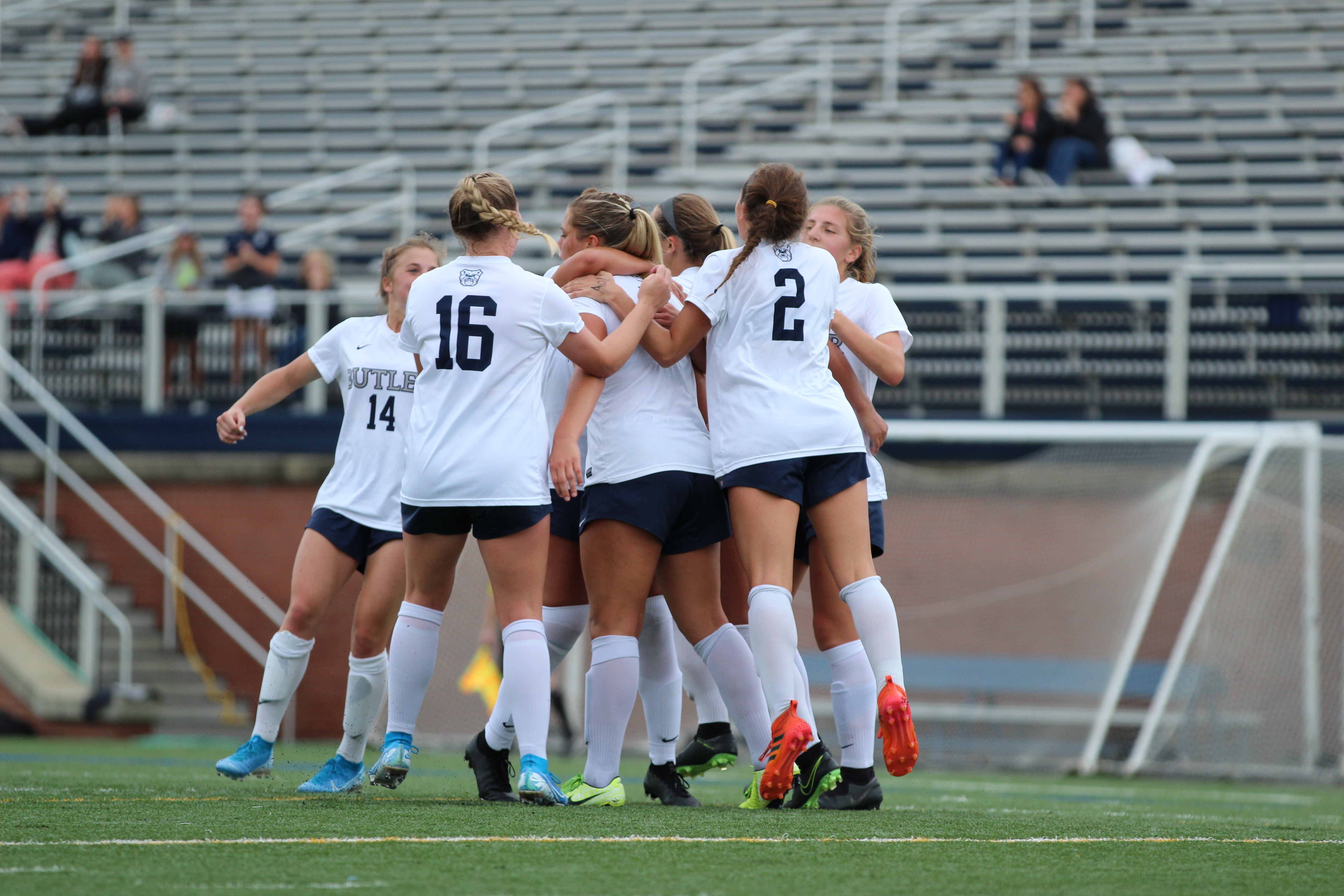 Anja Savich celebrates with teammates following her penalty kick goal in the 86th minute of Butler’s 1-1 draw with Villanova on Oct. 6. The Bulldogs are now 6-4-2 on the season. Photo by Chandler Hart / Butler Collegian.

The Butler women’s soccer team moved to 6-4-2 on the 2019 season after a 1-1 result with Big East foe Villanova on October 6. After the Wildcats scored in the 41st minute, Anja Savich’s penalty kick goal in the 86th minute tied the match. 110 minutes of play weren’t enough to decide the match. Here’s what we learned:

The beginning of this match seemed somewhat similar to the Bulldog’s match against DePaul on Oct. 3. The match as a whole resembled the Bulldogs’ offensive performance versus the Blue Demons at times. Butler controlled the majority of possession, but its offense struggled to finish some plays and find the back of the net early in the match. The Wildcats built a lead off a defensive breakdown, much like DePaul, and carried that advantage into the half.

Butler then spent most of the second half working for an equalizer, as it did against DePaul.

The equalizer would come, but for the second straight match, the Bulldogs’ offense could only muster a goal. Butler was gifted the game-tying opportunity off Savich’s penalty kick in the 86th minute.

Heading into this past week, the Bulldogs were averaging 2.1 goals per game. They scored two goals in their two games during the week.

The Wildcats’ goalkeeper came up strong when her team needed it most as she was aggressive in her defense of the Wildcats’ net. On several occasions, Gartner charged off her line to punch away a ball that Butler had served into the box.

Gartner had six saves in the match to hold off Butler’s attack. That number is the second-most for her this season.

She had a huge save for the Wildcats in the 63rd minute that stopped a redirected chance from Macy Miller.

Makayla Stadler put Villanova ahead with her goal in the first half and the Bulldogs were never able to grab a lead in the matchup.

Butler hasn’t led a match since their 3-0 defeat of Seton Hall on September 29.