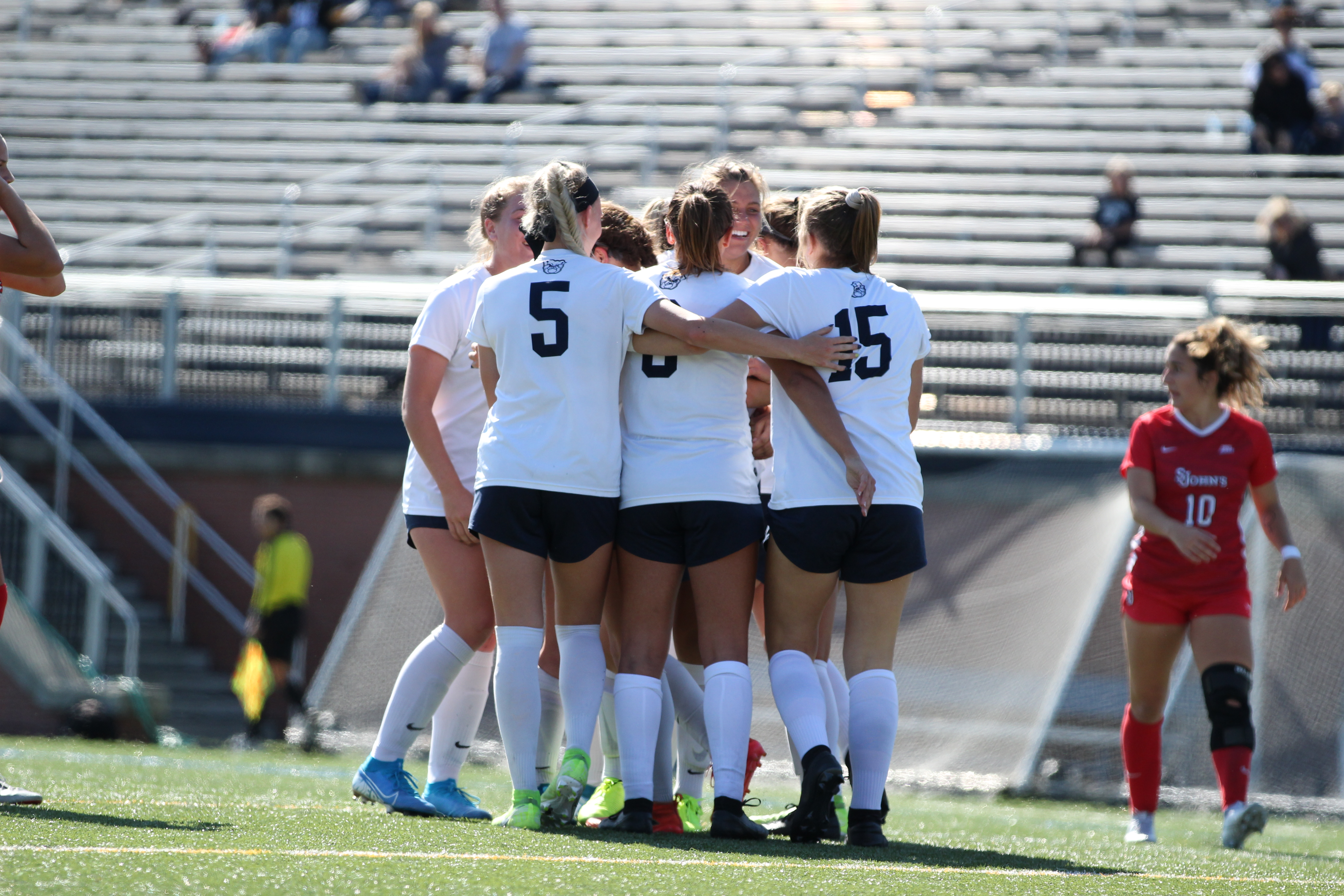 The Butler women’s soccer team beat St. John’s 1-0 on Oct. 13 to move to 8-4-2 (3-1-1 in Big East conference). Katie Soderstrom netted the fourth goal in her last five games to beat the Red Storm at the Sellick Bowl. Here’s what we learned:

The start of Big East play has been a grind for the Bulldogs who sit at 3-1-1 in the conference. Three of their five Big East games have been decided by just one goal. One other was a 1-1 draw with Villanova on Oct. 6

At the halfway mark, Butler is tied with the Wildcats for second place in the Big East table. Just three points separate second-place and seventh-place.

Sunday’s matchup with the Red Storm continued the trend of hard-fought matches between familiar foes as Butler and St. John’s were scoreless for 77 minutes. Both teams had their turn at clear opportunities, but goalkeepers Stephanie Rodriguez and Meredith Reindhart made key saves when needed.

Butler kicked up the offensive pressure and found the back of the net late in the second half.

Co-head coach Rob Alman said patience was key when it came to the Bulldogs offensive efforts against the Red Storm. The Bulldogs were able to minimize the efforts of Zsani Kajan, St. John’s’ leading scorer. From there, it came down to capitalizing on their opportunities.

Alman said the Bulldogs were able to stretch out the Red Storm more frequently in the second half. They increased the variety in attack better than they did in the first 30-40 minutes of the match.

“It felt like the longer we played, the more likely we were to score,” Alman said.

Butler threatened just a few minutes before with a pair of chances from Celia Gaynor and Gretchen Skoglund.

The pressure resulted in a goal kick for St. John’s, but the Bulldogs fought for the possession and found the goal. Soderstrom’s goal was a second chance effort off an Anja Savich shot.

“When I see [Anja] put her head down and shift it to her left foot and I make sure I get into the box,” Soderstrom said. “From there it was an easy tip-in.”

3. Week of rest ahead of a big-time matchup

Butler does not play again until they host No. 10 Georgetown at the Sellick Bow on Oct. 20l. Georgetown currently leads the Big East with a 4-0-1 record.

Ahead lies a week of rest and recovery that Alman says is much-needed.

“We had a bit of a tough week this week in terms of travel so this comes as a good time for us to have a bit of an extended break,” Alman said.

A win over the Hoyas would move the Bulldogs into a tie for first place in the Big East table. It would also go a long way in helping Butler’s hopes of winning a Big East regular season championship.

The two teams have finished 1-2 in the Big East table the last two seasons while meeting for the tournament championship on both occasions.