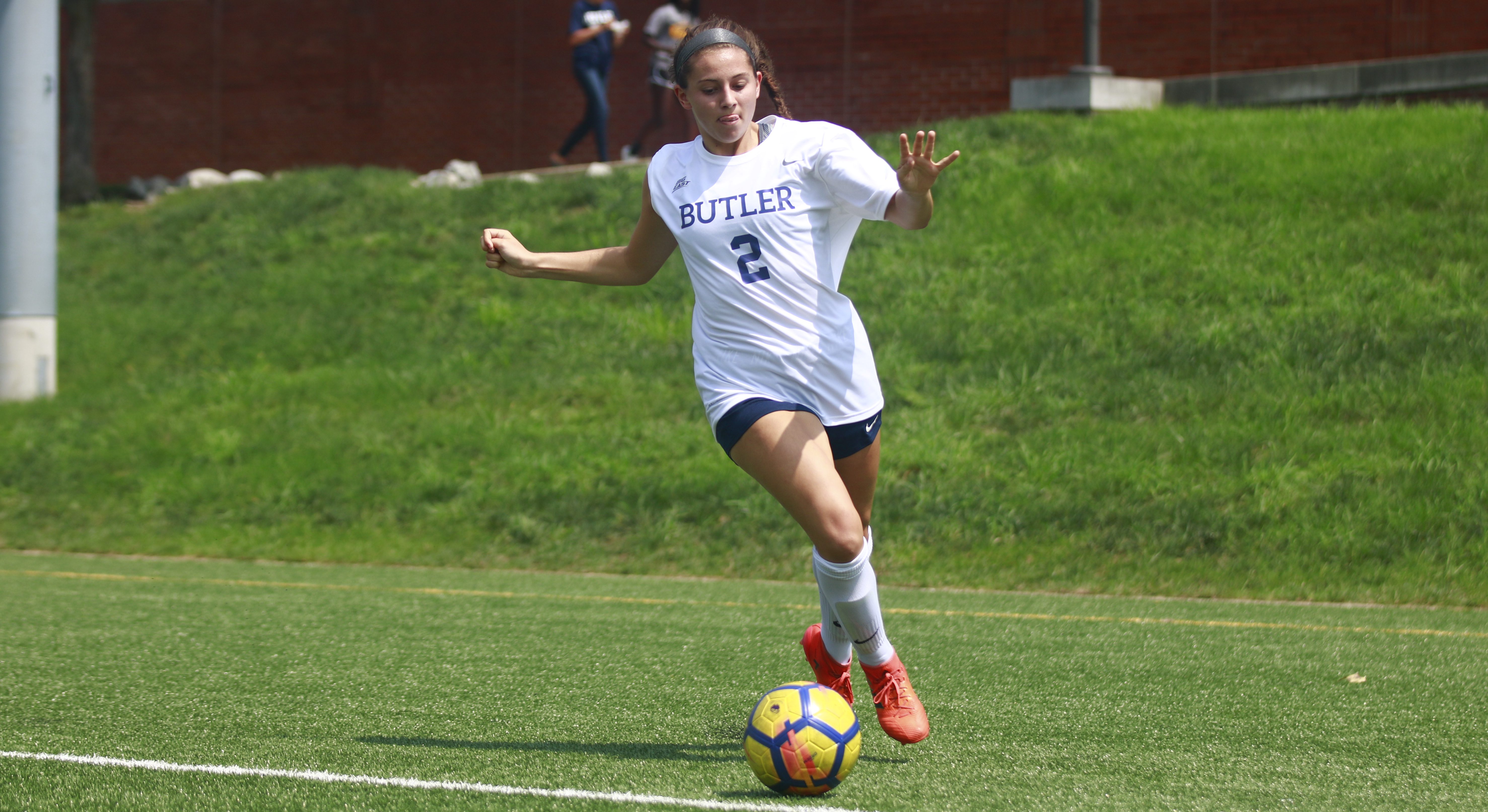 Katie Soderstrom makes a move during a game last season. Soderstrom has eight goals for the Bulldogs this season. Collegian file photo.

The Butler University women’s soccer team will close their 2019 regular season tomorrow when they host Big East conference-leading Xavier University. The match, along with the four other finales in the Big East schedule, holds significant weight for the upcoming conference championship.

The top two finishing teams in the standings will earn a bye to the Big East championship semi-final round. The Big East Championship will decide who earns an automatic bid to this year’s NCAA tournament.

Here’s everything you need to know for the final day of the Big East women’s soccer regular season:

Both Butler and Xavier come into the match on lengthy unbeaten streaks.

The Bulldogs are undefeated in their last six games, while Xavier has won four in a row leading up to the match.

The Musketeers are in the midst of one of their best seasons in program history. Their 13-3-2 record has led them to their most wins since the turn of the century.

Xavier boasts a high-powered offense — the Musketeers are averaging the second-highest goals per game total in the Big East — that is led by Big East scoring leader Samantha Dewey.

Butler’s 10-4-3 record, on the other hand, is marked by one of the more stout defenses in the conference. The Bulldogs are led by the most recent Big East goalkeeper of the week, Stephanie Rodriguez, and have allowed just three goals since the start of conference play.

Both Xavier and Butler will be looking for their first win in the series since 2016, as the last two meetings between the teams ended in scoreless draws.

With a win over Xavier, Butler can secure at least a share of the Big East regular season championship. The Musketeers, who sit atop the conference, can clinch it outright if they defeat the Bulldogs.

Butler would need a win plus some help from St. John’s to sit alone atop the Big East when the day is over. The Bulldogs also need the Red Storm to force a draw or knock off No. 19 Georgetown for Butler to secure the conference regular season championship.

Butler and Georgetown are currently tied for second place in the conference with 17 points.

If the Bulldogs and Hoyas were both tied atop the Big East, the tiebreaker for the No. 1 seed is a bit tricky because the two teams tied during the regular season. That puts their tiebreaker at most points earned versus all teams qualified for the championship.

The tiebreaker would be determined following the day’s action.

Even with a loss to the Musketeers, the Bulldogs can drop no further than third place. A third-place finish would award the Bulldogs a home match in the Big East championship quarterfinal.

Bits and Bobs from around the Big East