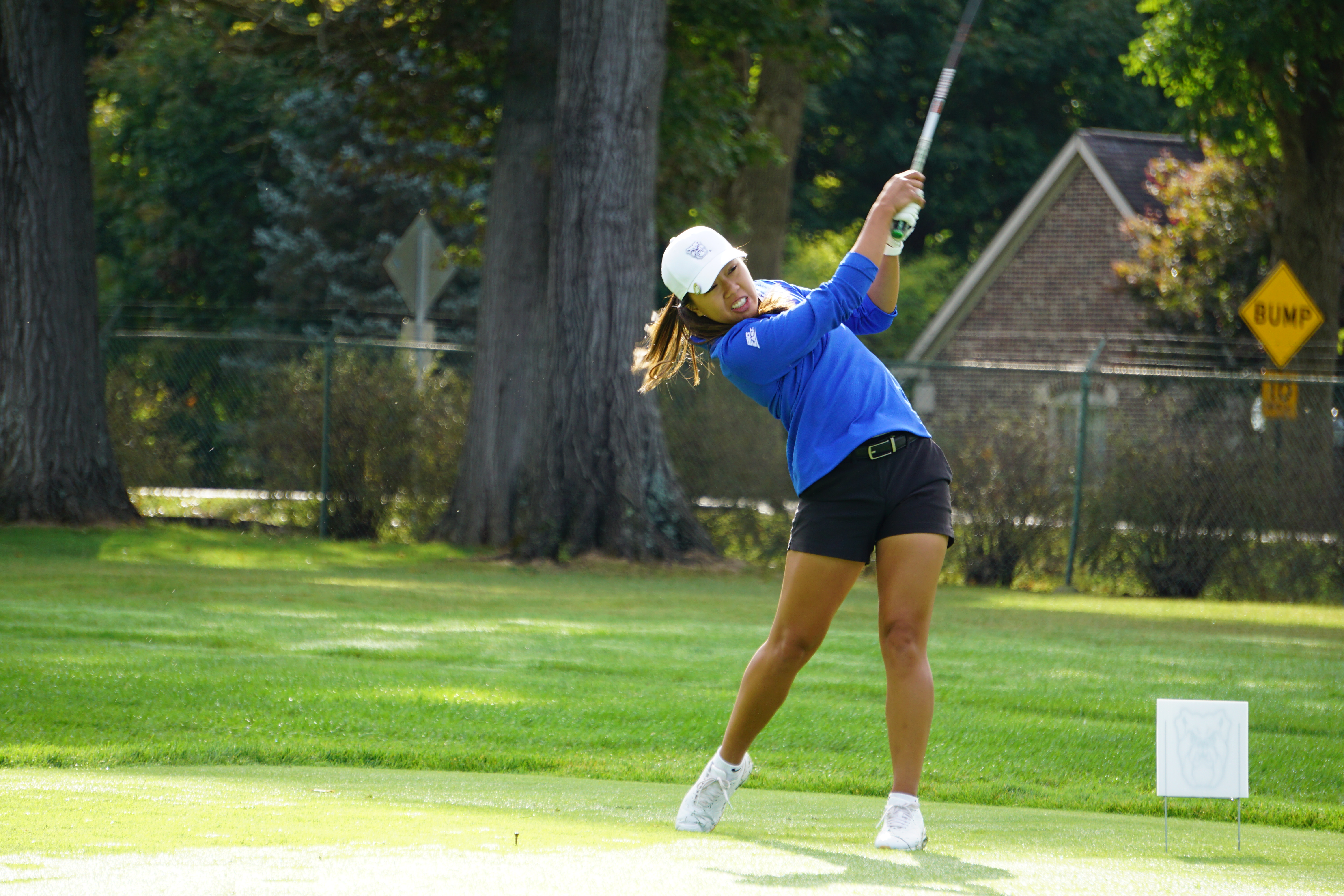 Katelyn Le hits a driver during the Butler Fall Invitational. Le won the individual title by one shot over teammate, Ally Ross. Photo by Becca Atchley.

The Butler women’s golf team finished second among the eight-team field at the Butler Fall Invitational. The tournament was played at their home course, Highland Golf Club, on Oct. 7-8. Juniors Katelyn Le and Ally Ross finished in first and second place, respectively, in their third tournament of the season.

Lipscomb University entered the final round with a nine-stroke lead over Butler. Lipscomb and Butler each shot 302 as a team that day. The Bison finished at 905 (+65), right ahead of the Bulldogs who finished at 914 (+74). Indiana State took third place at 925 (+85).

The Bulldogs will continue fall play next week in Dayton, Ohio, competing at the Dayton Flyer Invitational Oct. 14-15.