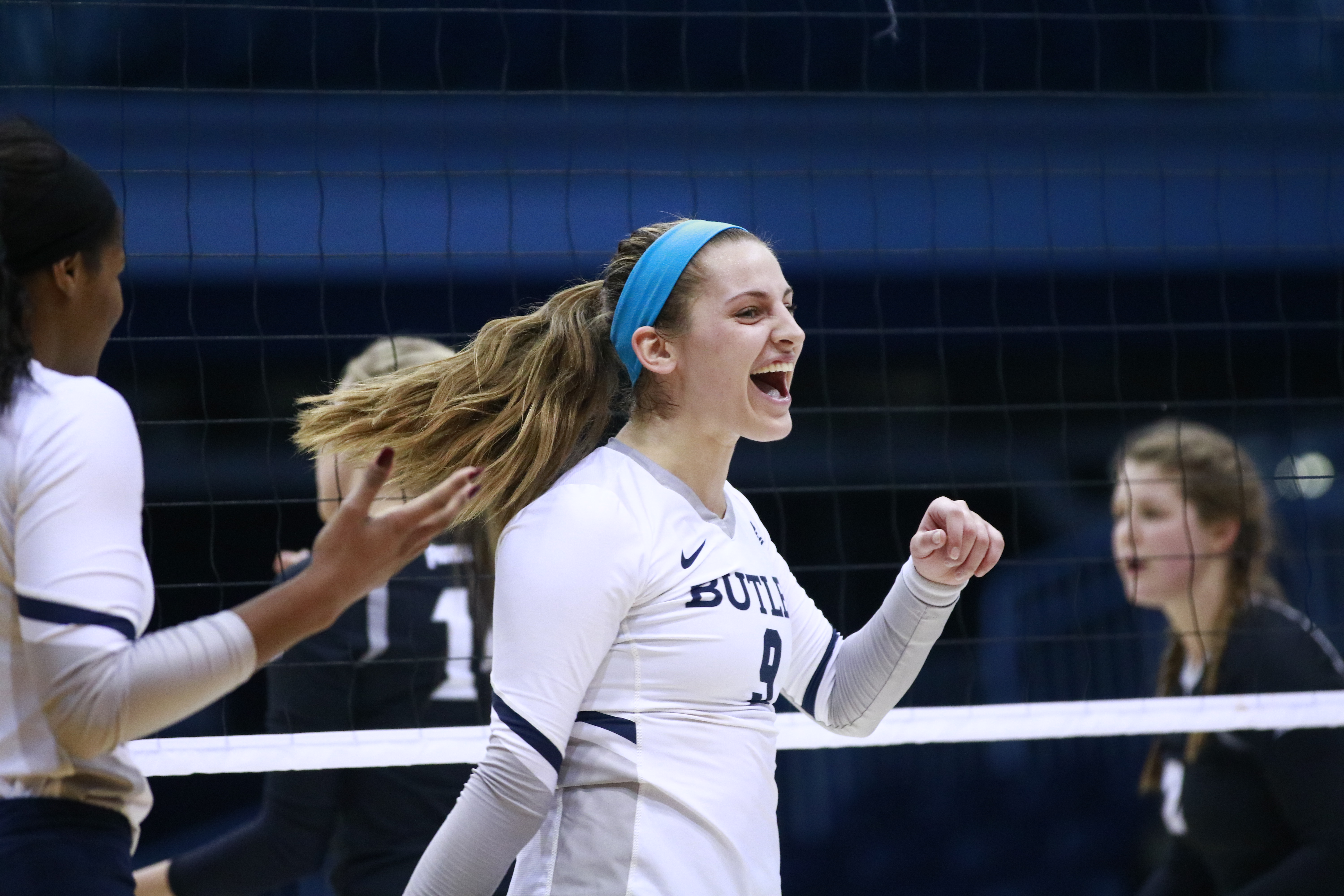 The Butler volleyball team kicked off Homecoming weekend with a close loss to Villanova in five sets inside Hinkle Fieldhouse on Oct. 25.

The Bulldogs came out strong in the first set, taking a demanding 25-17 win over the Wildcats. Villanova bounced back in the second, making it a 1-1 match. The following two sets were close, with each team winning one, forcing the game to a fifth set.

Villanova had the momentum from the start of the fifth set, leaving the Bulldogs trailing 8-3 at the side switch. From there, Butler was in too big of a hole to make a come back. The Wildcats had control and won the set 15-8, and the match 3-2.

“We were able to shut down some of Nova’s key players because of our stellar blocking and scrappy back row defense, giving us a boost during those tight, back and forth sets,” Sophomore Libero, Elizabeth LaBue said. “Ultimately, we lost some energy nearing the fourth and fifth and weren’t able to pull through.”

Brooke Gregory and Shay Horn each had the team-high 13 kills. Anna Logan competed in every aspect on Friday night, notching 10 kills, 17 digs, four blocks and one ace. For the second game in a row, Elizabeth LaBue recorded a career-high mark in digs with 32.

On Oct 27, the Bulldogs had the opportunity to bounce back from the tough loss against Villanova. The visiting Georgetown Hoyas, with a Big East record of 2-7, came to compete against the Bulldogs, but Butler remained in control the entire match.

The Bulldogs swept Georgetown, winning the match 3-0. Megan Ramseyer had 34 assists in the sweep, Melody Davidson led the team in blocks with five, as Brooke Gregory led the team in kills with 10.

“I was happy that we were able to bounce back and beat Georgetown in three sets,” LaBue said. “We were able to run a well distributed offense and serve aggressively, forcing Georgetown to make errors.”

Butler volleyball returns to the road this week to face DePaul on Nov. 1, but then will come back home and face Marquette in Hinkle on Nov. 3 at 1 p.m.