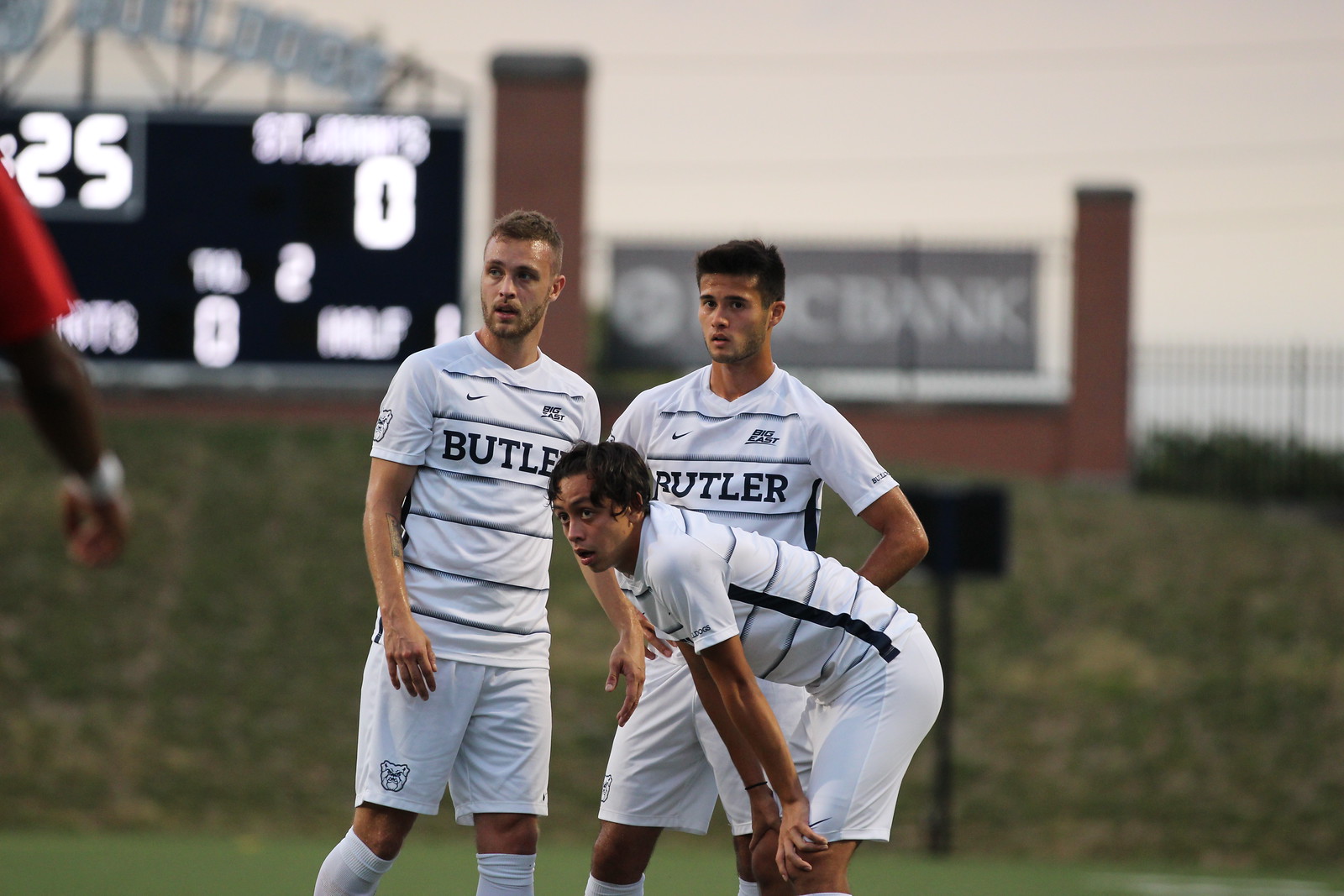 Wilmer Cabrera Jr. prepares to strike a free kick in a game this season. Cabrera scored his third goal of the season against the Friars. Photo by Chandler Hart.

Butler men’s soccer improves to 5-4 on the season with a 3-1 win over Providence. All three Bulldog goals came in the second half.

Providence took the 1-0 lead in the eighth minute, with junior midfielder Joao Serrano tallying the first goal of his season.

With senior forward Brandon Guhl — who is second in the Big East in goals per game with 0.57 — sidelined due to a back injury, Butler needed others to step up offensively.

Freshman midfielder Brendan Hicks did just that. Coming in for senior midfielder Derek Sutton in the 39th minute, Hicks made an immediate impact. Hicks, who had played only 60 minutes total prior to the action, scored the first two goals of his young career in the 48th and 71st minutes, both off rebounds.

In the 60th minute, freshman forward Wilmer Cabrera Jr. fired in his third game-sealing goal of the season.

Still, the loss of Guhl meant Butler — a team last in total shots and corners in the Big East — would produce fewer scoring opportunities.

The stellar play of sophomore goalkeeper Gabriel Gjergji once again negated the shortage of offensive opportunity. After recording eight saves — one away from his career-high — Gjergji is second in the Big East in saves per game.

Butler returns to the Bud and Jackie Sellick bowl to face 1-7-1 Akron on Oct. 8.