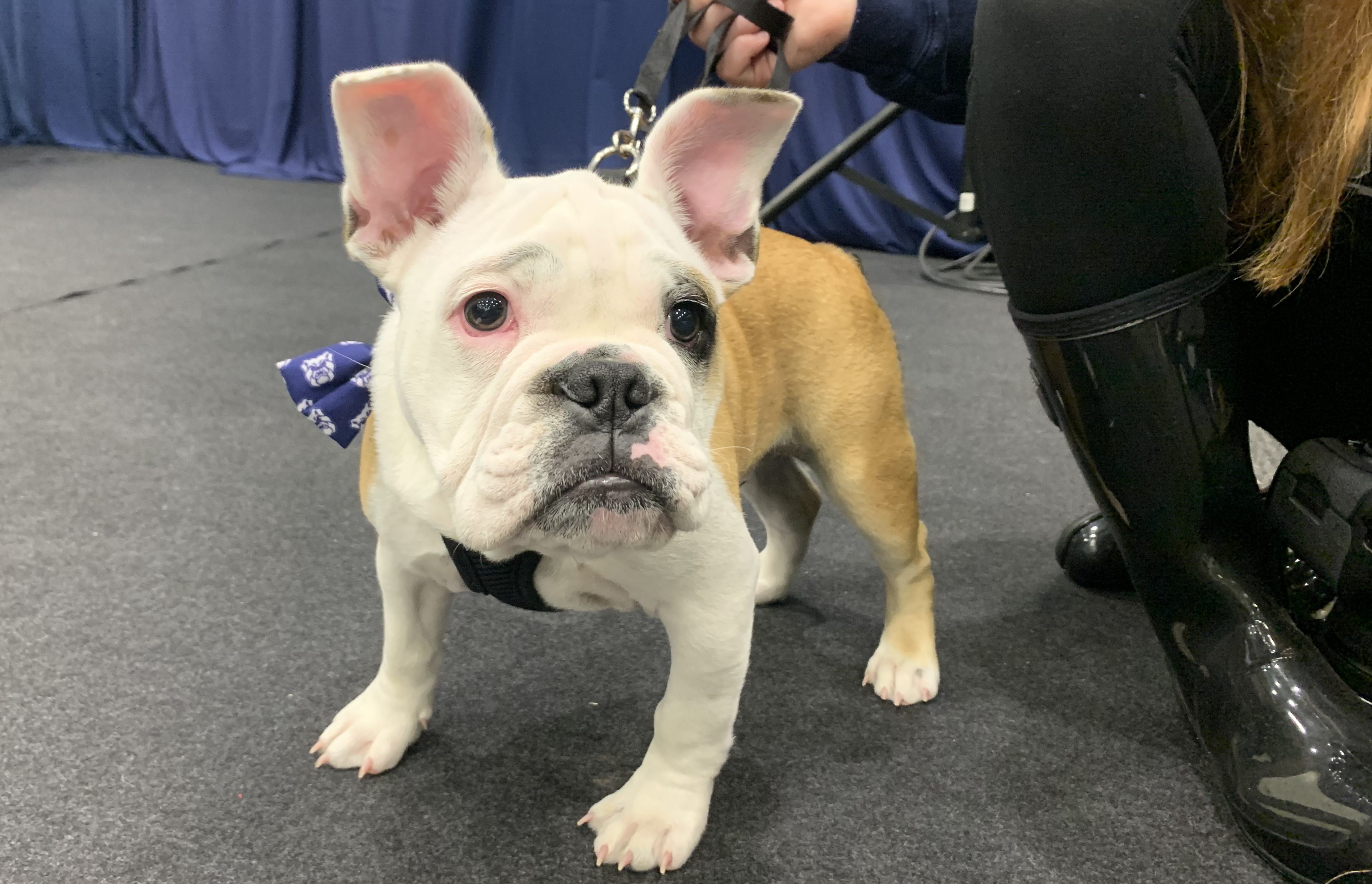 The 19th annual Bulldog Beauty Contest was held on Oct. 26 in the HRC. The beloved contest is one of homecoming’s most popular traditions, as the crowd fawned over bulldogs of all shapes, sizes and breeds. Dogs competed in a variety of categories like “Cutest Bulldog,” “Best Trick,” “Best Costume” and more. Bruiser, a French bulldog and English bulldog mix, won the most coveted award of the event —“Best in Show.”

One thing they did have in common, though, was some serious style and iconic Halloween inspiration.

“[Our Bulldogs] were just going to be spectators, but I got jealous of all the other bulldog owners and everything so I decided to put him in. But they’re the wrinkliest, best dogs you can have.”

“We have entered before and we’re doing the 80’s theme. Not Butler alumni, but we are bulldog fans. And we’re doing rescue, Hoosier Bulldog Rescue.”

“We [our family] already had ‘Star Wars’ costumes, so we decided we’d be the bad guys keeping [our Bulldog] hostage; we just incorporated him.”

“It’s fun and it’s stupid and it’s just, like, the best free fun you could have. They’re ridiculous dogs and they tolerate a lot of crap. We’re going with an ‘It’ theme, ‘It’ the movie, cousin It —  brilliant.”

“We live in the neighborhood and this is our first year coming to do this; Trooper has been a great dog and we’re kind of getting into the bulldog thing, so we thought we’d come over and check it out.”