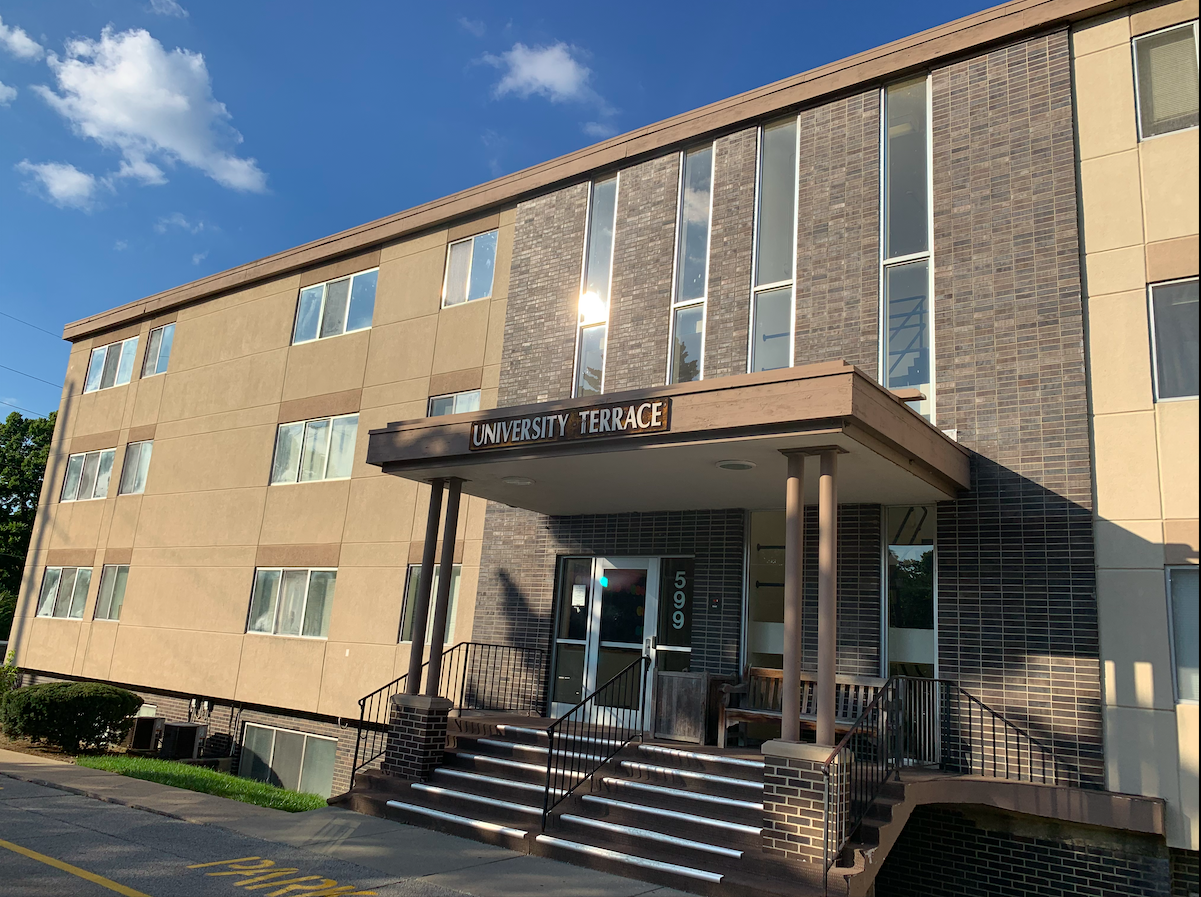 This year about 60 sophomore students are living in Butler’s University Terrace apartments, a building traditionally reserved for juniors and seniors. Residents arrived at UT and found cockroaches and lead paint waivers.

When registering for housing during the 2018-19 school year, many first-years were surprised to learn that they would have to live in ResCo instead of Fairview for their sophomore year. At one point early in the housing assignment process, as many as 125 incoming sophomores were placed in ResCo for this year.

This number changed dramatically over the summer when sophomores expecting to live in ResCo were given the option to switch to UT. The Residence Life office realized they needed to lower the number of sophomores moving into ResCo this year to make room for the current first-year class.

The office then strategically reached out to students who they thought would be able to better handle apartment living as sophomores first, considering academic standing and other factors.

Students electing to make the change to UT also had the option to switch to the 115 block meal plan in lieu of the all-access meal plan, which sophomores are usually required to have when living on campus. On the other hand, sophomores remaining in ResCo would all have their rooms renovated.

William Cassner, a sophomore exploratory business major, found his path to living in UT very frustrating. He is glad to be in UT rather than Resco, but still wishes he could have lived in Fairview.

“At the end, I’m happy, but not totally satisfied because obviously I’d rather be in Fairview,” Cassner said. “That’s where every other sophomore is and I still feel like that’s where I should be.”

Students living in UT were met with another surprise when they met with their community assistants after moving in. Residents were each given a form notifying them of the possibility of lead paint within the building. Students were told to sign the form to acknowledge that they had been notified, which some refused to do.

Kathy Shellogg, Butler’s executive director of student living and learning, said the notice is something they are required to give for buildings built before 1978, the year federal laws were enacted to limit uses of lead paint.

The form states that the university is not aware of any actual findings of lead paint within the building.

Still, some students were concerned about the possibility of lead paint being present within the building. It may be difficult for students to move to a different housing option at this point because some buildings are nearly full.

“That was a little concerning when they brought it up,” Cassner said. “But from what I understand, as long as I don’t eat it I should be fine, so I’m not overly concerned about it. But it was definitely a little sketch when I had to sign that.”

Madi Holden, a junior art and design major, was glad that they were at least informed about the possible issue.

“I’m glad they at least tell us because otherwise, that would be a little shady,” Holden said.

Another situation at UT is an ongoing cockroach problem. Cockroaches were originally found in the spring and the building underwent treatment for them over the summer.

“We actually had — probably brought in with a box — some cockroaches that we couldn’t get ahead of, so we bombed the place,” Shellogg said.

However, the bugs have already been found in the building more than once this semester.

Holden said that she and her friends have already come across multiple cockroaches throughout the building this year.

“They can’t lay any more eggs, so we’ve got the last population dying essentially,” Shellogg said.

Building maintenance will continue to monitor the situation to make sure this happens.