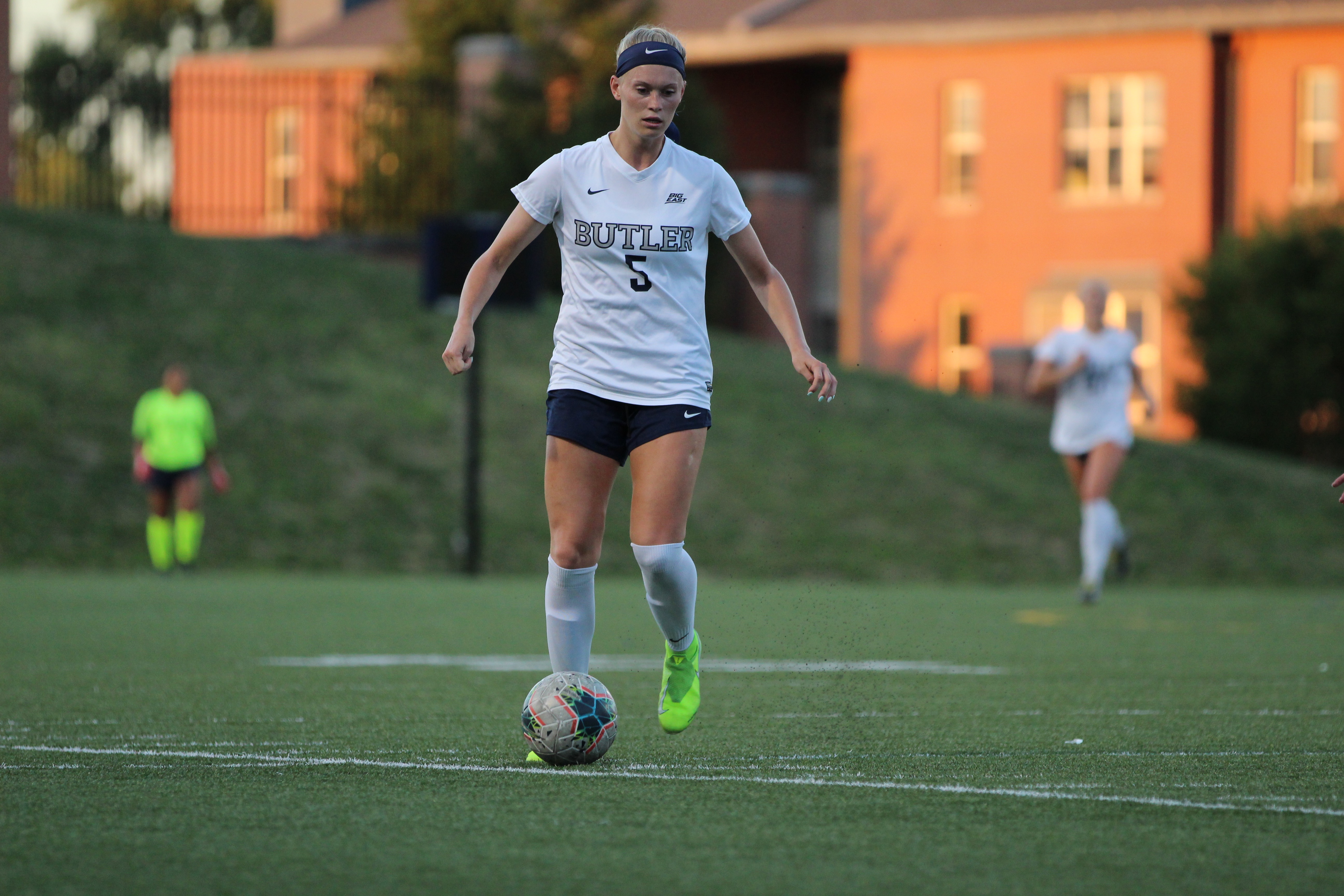 Butler will finish up the Redbird Invitational with the final 18 holes after the 36 holes played on Sunday. The final round tees off at 9:30 a.m.

Women’s soccer will have another Big 10 match up as they face Illinois at home at the Sellick Bowl. Butler is 4-2 after a nail biting 2-3 loss against Milwaukee in the final minutes of the game. Last season Butler beat Illinois in an exhibition game 2-0 before the 2018 season. Kickoff is at 5:00 p.m. and the game will be available on Facebook Live.

After the Dawgs first loss of the season at Marshall in a close 1-2 defeat, they will return home to take on Wisconsin. Butler is currently 2-0 at home this season, so make sure to come cheer on the Dawgs as they try to keep their home win streak alive. Kickoff is at 7:30 p.m. but you can also watch the game on Facebook Live.

Men’s tennis will start their season off at home in the Butler Invitational. The games will take place at the outdoor tennis courts and the event will be going on all day. IUPUI, Ball State, and UIndy will also be competing in the invitational. The invitational will conclude on Sunday.

Volleyball will be traveling to Milwaukee, Wisconsin, for the Panther Invitational. Dawgs are currently 1-5 after finishing the weekend 0-3. Butler’s first match of the day will be against Western Michigan at 10:00 a.m. Western Michigan is off to a good start as they are 6-0 so far this season.

Volleyball will then have their second match of the day versus Milwaukee. First serve is at 7:30 p.m. Milwaukee is 5-1 going into the Panther Invitational.

Men’s Tennis will continue with day two of the Butler Invitational. The event will be going on all day at the outdoor tennis courts.

Women’s tennis will kick off their season at the University of Indianapolis Invitational two-day event. The event will take place at Center Grove High School.

Women’s swimming will start their season off with a blue-white intrasquad which will take place in the HRC pool at 8:00 a.m.

Volleyball will finish the Panther Invitational as they take on Southeast Missouri State who is 4-2 going into the weekend. First serve is at 12:00 p.m.

Football will face Taylor at 6:00 p.m. at the Sellick Bowl. Butler beat Taylor last season 31-17. The Bulldogs are coming off a thrilling overtime victory against Indiana Wesleyan, 30-27. They are now 1-1 on the season. If you can’t make it to the Sellick Bowl, you can still cheer Butler and watch on Facebook Live.

Butler will finish up the weekend with day three of the Butler Invitational. Matches will be going on all day.

Butler will take on day two of the University of Indianapolis Invitational.

Butler will finish off their week with Senior Day. Come to the Sellick Bowl to celebrate the senior Bulldogs as they take on Kent State at 1:00 p.m. Butler beat Kent State last season 3-1. Kent State is coming off their first win of the season after beating Syracuse on Sept. 8 and will have a full week before they take on Butler. If you can’t make it to the game, you can still catch all the action on Facebook Live.