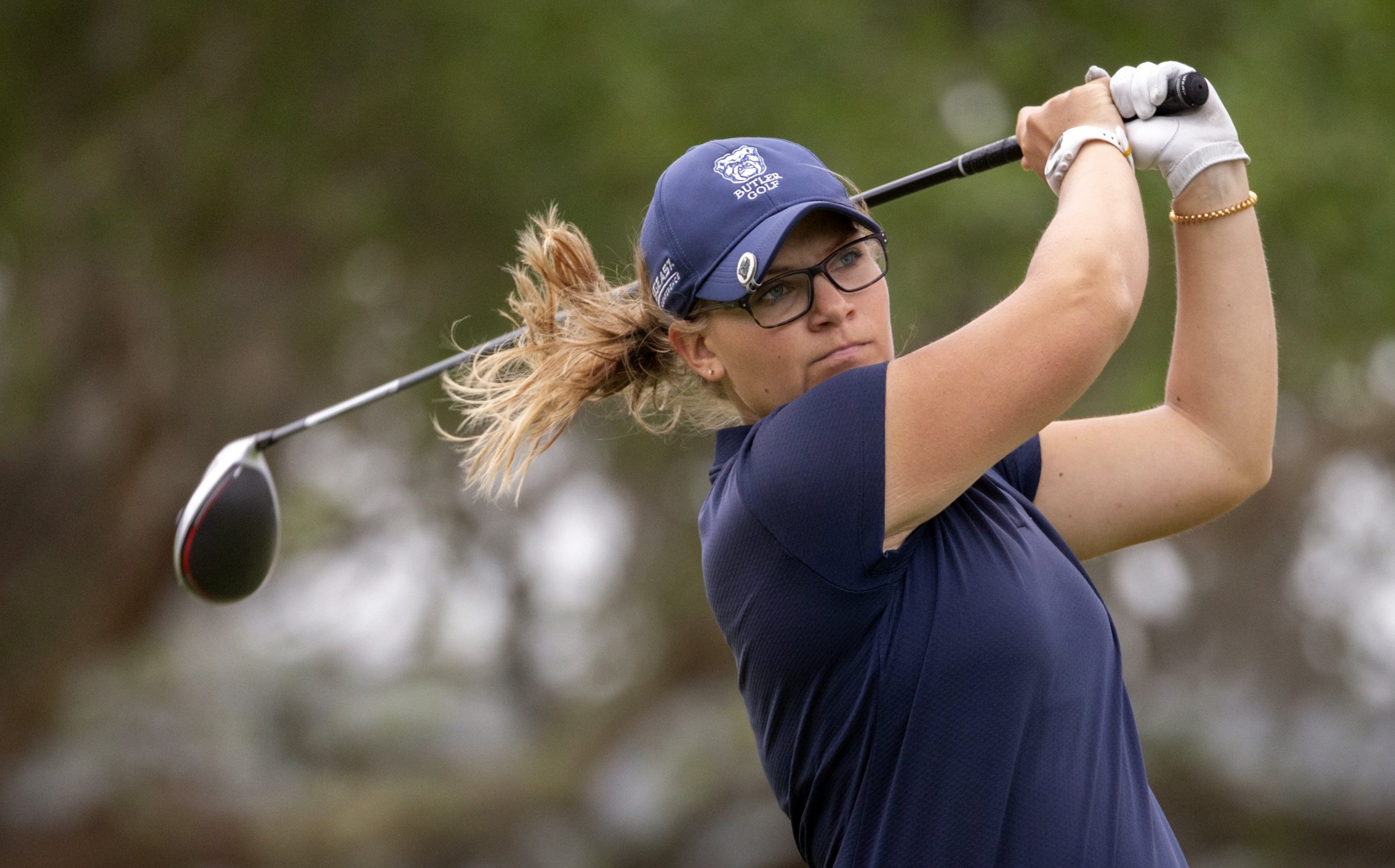 Claire Edwards in action during a tournament last season. Photo courtesy of Butler golf on Twitter.

The Butler women’s golf team enters the 2019-20 season under new leadership with a new coach and core group of upperclassmen.

Butler has a new head coach at the helm of its program. Christie Cates is entering her first season as head coach after previously working as an assistant coach under Bill Mattingly. Mattingly remains the head coach of the men’s program.

As a Butler graduate and former player under Mattingly, Cates said she feels “very lucky and fortunate” to be in the position she is in. As a former assistant, she knows her players very well.

Cates is already seeing improvements from many of the players and is excited for what this season holds for her and her team.

“At the end of the day, I just want to see improvement tournament to tournament,” she said.

The team has spent the offseason preparing both physically and mentally. Many of them played in tournaments over the summer in order to keep their skills dialed in.

Since being back on campus, the team has been working with a trainer twice a week in order to be physically ready. Returning junior players Ally Ross and Katelyn Le agree that Cates has transitioned smoothly into the head coach position.

“She’s implemented a much more structured practice, and she has certain things she wants us to work on in order to improve our game,” Ross said.

Their schedule is broken up and played in both the fall and spring. The team will play in the Butler Invitational at their home course, Highland Country Club, on Oct. 8-9. They will finish their season in April with the Big East Championship in South Carolina.

The Bulldogs graduated Lauren Tibbets in May, who previously won the Big East Championship in 2017 and played a large role for the team last season as a leader and best player. Cates feels that Ross, Le and Megan Skoog have really stepped into that leadership role left open after Tibbets’ departure.

“I think they realize that that’s the role someone has to take on the team, and they are more than willing as three juniors to do that,” Cates said.

As far as leadership, Ross and Le have scheduled more team bonding and reached out to the underclassmen. The two upperclassmen said they have made a conscious effort to help new players whenever they can.

The team just competed in their first tournament of the season this past weekend at the Redbird Invitational and finished in 12th place. Sophomore Claire Edwards, led the team finishing in a tie for 15th individually. She finished with a 54-hole total of 224.

The Bulldogs will head to Cedar Falls for the Northern Iowa Invitational on Sept. 23.