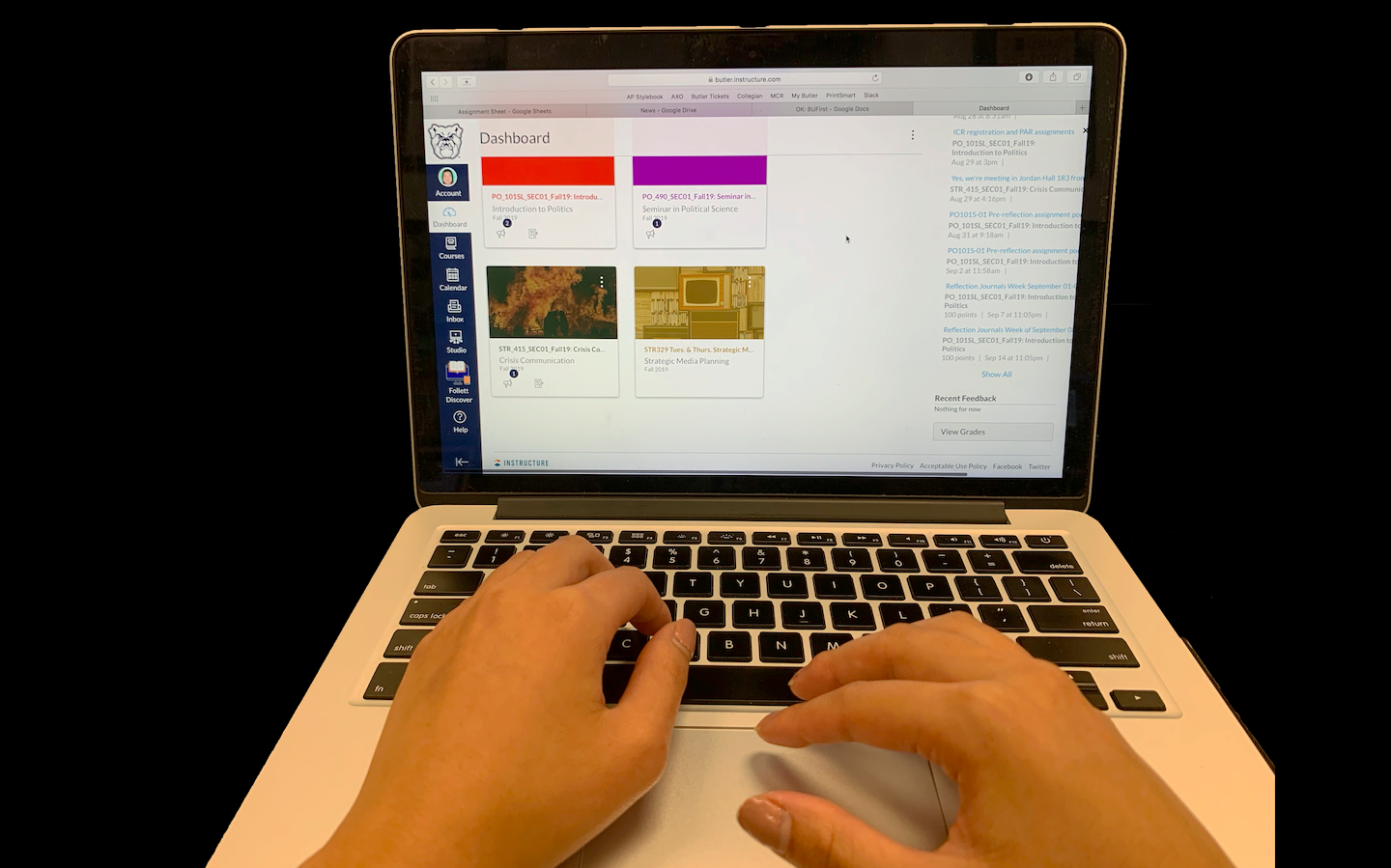 This fall, half of Butler University’s colleges are switching from the learning management site Moodle to Canvas. The College of Liberal Arts and Sciences, including FYS and GHS classes, the College of Pharmacy and Health Sciences, and Jordan College of the Arts will make the transition. In the spring, the rest of the colleges will use Canvas, and Moodle will no longer be used by Fall 2020.

Faculty who chose to opt in early and new faculty will be using Canvas in addition to the colleges required to use it this semester.

The decision for the switch was made last spring after a pilot program determined students liked Canvas better. During the program, students and professors were able to try out several different learning management sites.

Olivia Bradley, a sophomore exploratory studies and Spanish major, said she has four classes on Canvas and two on Moodle.

Bradley said balancing both Canvas and Moodle is challenging.

“It would have been nice to switch entirely or not switch at all rather than have either Canvas, Moodle or neither,” Bradley said.

Thomas Janke, director of the Center for Academic Technology, said a little over half of faculty will be using Canvas this fall. This was done to have a balanced number of colleges switching in the spring and fall.

“All of the support structures like our office and IT could actually have the capacity to support them well,” Janke said.

Janke also said there have been about 40 different sessions and workshops for professors, and around 250 professors have attended. Janke also believes Canvas is easier to use, especially in areas like the grade book.

“[Students] should be able to see faculty using the grade book more than they had in Moodle,” Janke said. “I think it’s much easier, so that should incentivize and make it much easier to use the grade book.”

Ryan Rogers, assistant professor of creative media and entertainment, decided to opt in to Canvas early.

“I made that choice primarily because I don’t like Moodle,” Rogers said. “I had used Canvas a little bit before, so rather than make a switch in the middle of the school year, I wanted to do it early on.”

“I hope that students are able to find things more easily,” Rogers said. “Overall, I think it’s a more intuitive platform for students.”

New students had the opportunity to learn about Canvas during Welcome Week with a basic introduction on how to use it.

Luke Allen, a first-year sports media major, said he has classes on both Moodle and Canvas, but he prefers Canvas.

“It’s just helpful, like the calendar and all your courses are on the side so that you can switch easily,” Allen said.

The Canvas Implementation page on the Butler website has resources for both students and faculty about how to use Canvas. There is also 24-hour support on Canvas for students who need help.