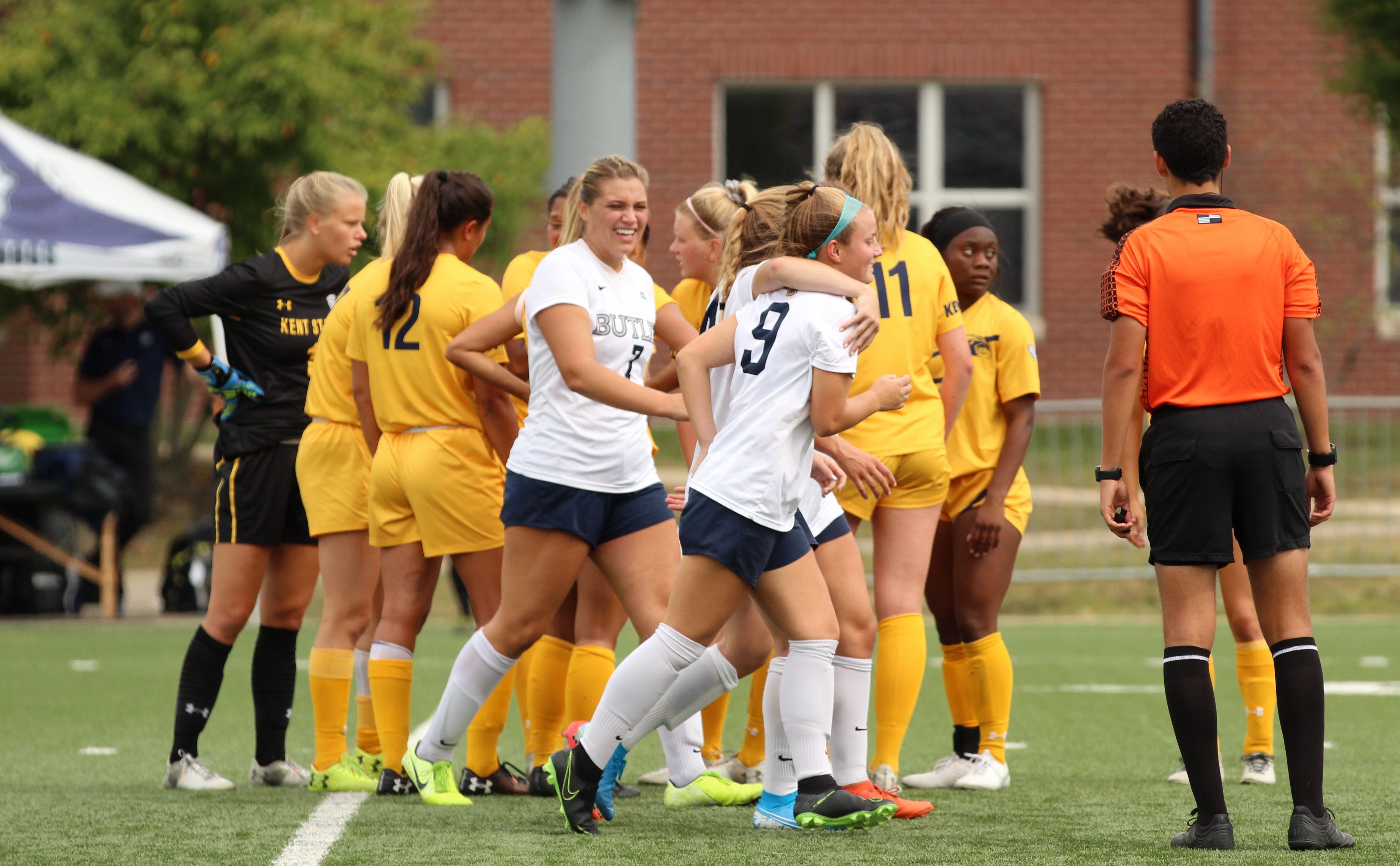 The women’s golf team opened their season in the Redbird Invitational, which wrapped up on Sept. 9.  Butler finished 12th of 17 teams competing in the tournament. Sophomore Claire Edwards was the top performer for the Bulldogs. She finished tied for 15th overall with a 54-hole score 224 (+8).

The women’s soccer team had two games this past week. On Sept. 12, the Bulldogs lost 2-1 to Illinois at home in their third game against Big 10 competition this season. Sophomore forward Anja Savich scored the only goal of the night for the Bulldogs. On Sept. 15, Butler finished their home non-conference schedule with a 2-1 victory over Kent State. Sunday’s game was also senior day for the Bulldogs, where six seniors were honored. Savich and Becky Dean were the goalscorers for Butler on Sunday.

The men’s soccer team defeated Wisconsin 1-0 on Sept. 12 in the second part of a double header with the women’s soccer team. The Bulldogs were impressive in their defensive half of the field, producing a clean sheet against the Badgers. The win moved Butler to 3-1 on the season.  Freshman Wilmer Cabrera Jr. was the goalscorer for the Bulldogs.

The volleyball team played three games over the weekend as part of the Panther Invitational in Milwaukee, Wisconsin. In the first game of a doubleheader on Sept. 13, Butler lost a tough battle to undefeated Western Michigan, who made up an early deficit to win in five sets. In Friday’s second game, the Bulldogs lost to the hosting Milwaukee in four sets.

The Bulldogs did finish the weekend strong by defeating Southeast Missouri State in four sets on Sept. 14. The offense was there for the Bulldogs on Saturday, with three players posting double figure kill totals. After this weekend’s games, Butler’s record stands at 2-7.

The football team suffered a home loss to Taylor on Sept. 14 by a score of 17-14. Butler never led during the game. The loss puts Butler’s record at 1-2 on the season heading into an away game next weekend against a Princeton team that defeated Butler 50-7 last season.