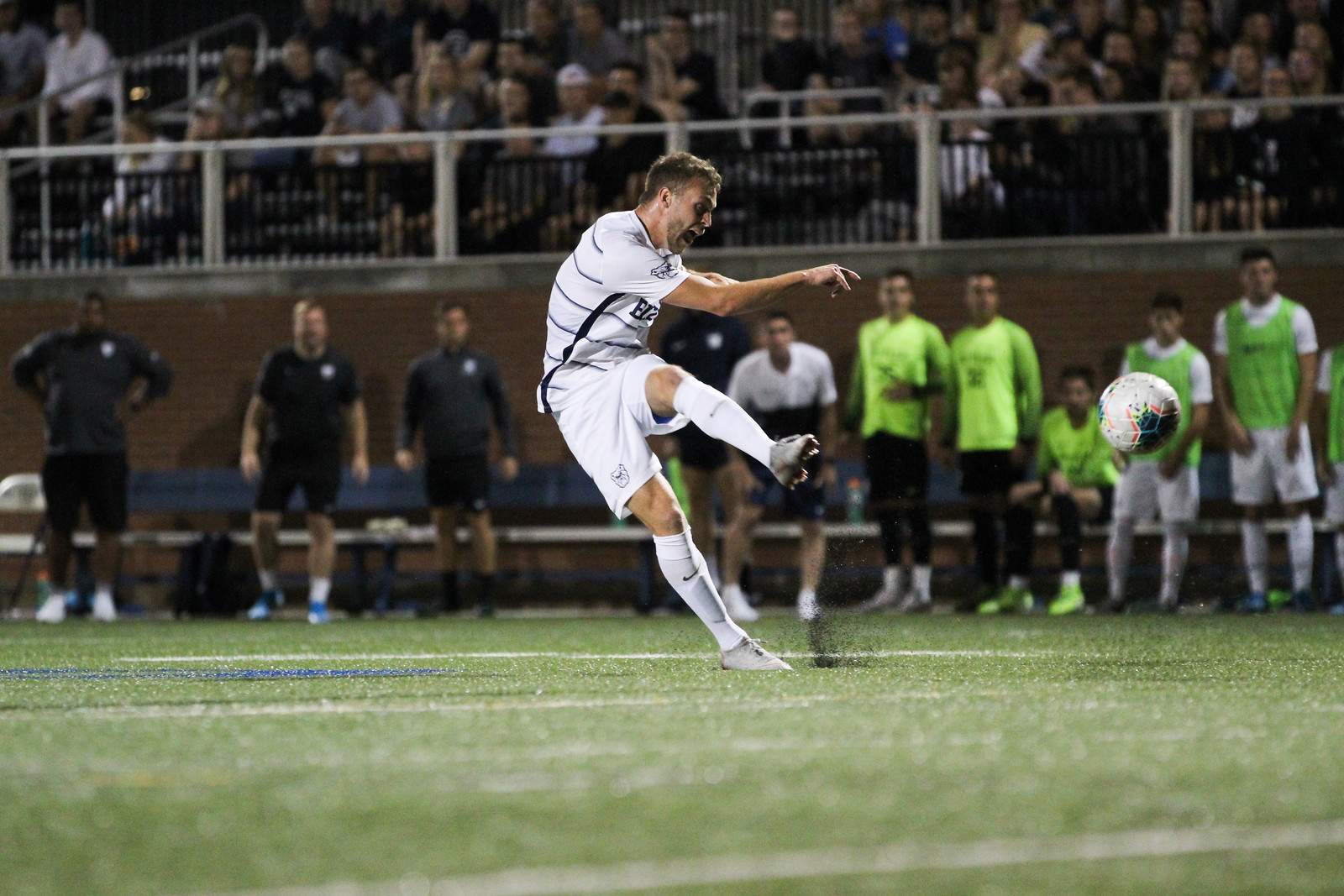 The women’s golf team finished sixth in a 15 team field this week at the MVC Fall Preview.  The top performer for the Bulldogs at the tournament was junior Ally Ross. Ross finished tied for third overall.  The team’s next tournament will be Oct. 7-8 when they host the Butler Fall Invitational.

The men’s soccer team went 1-1 in a week where they played two home games against top 10 opponents.  On Sept. 24, the Bulldogs shocked No. 5 Indiana 2-1. The game was played in front of a crowd of 4,312 people.  The Bulldogs went up 2-0 early in the second half before conceding a goal in the 83rd minute. Butler secured the 2-1 win after some strong defense over a frantic last seven minutes.  Seniors Brandon Guhl and Alex Lehtinen were the goalscorers for the Bulldogs.

On Sept. 28, Butler lost 1-0 to No. 9 St. John’s.  The Bulldogs gave up a goal in the 35th minute, and despite several good chances from freshman Wilmer Cabrera Jr., they could not find the equalizing goal.  This week’s results put Butler’s record at 4-4. The next game for the Bulldogs is Oct. 4 at Providence.

The volleyball team lost their conference opener at No. 10 Marquette 3-0.  The Bulldogs kept things close in the first set, but were silenced by a very good Golden Eagles team for the rest of the match.  Following the loss, Butler’s record is 3-10. The next game for the Bulldogs is Oct. 2 at home against DePaul.

The men’s cross country team finished fourth in an 18 team field at the Panorama Farms Invitational in Earlysville, Virginia.  In a strong team effort, all of Butler’s scorers finished in the top-50 runners. Redshirt senior Euan Makepeace was the top performer for the Bulldogs, he finished eight overall with a time of 24:18.0.  The Bulldogs now have a few weeks to prepare for their next competition.

The women’s soccer team defeated Seton Hall 3-0 on Sept. 29 in their conference opener.  Senior Macy Miller started the Bulldogs off right with a goal in the third minute and sophomore Katie Soderstrom doubled the lead in the 48th minute.  Junior Payton Black put the game away late with a goal in the 89th minute. Butler record now sits at 6-3-1 on the season. Their next game is Oct. 3 at DePaul.