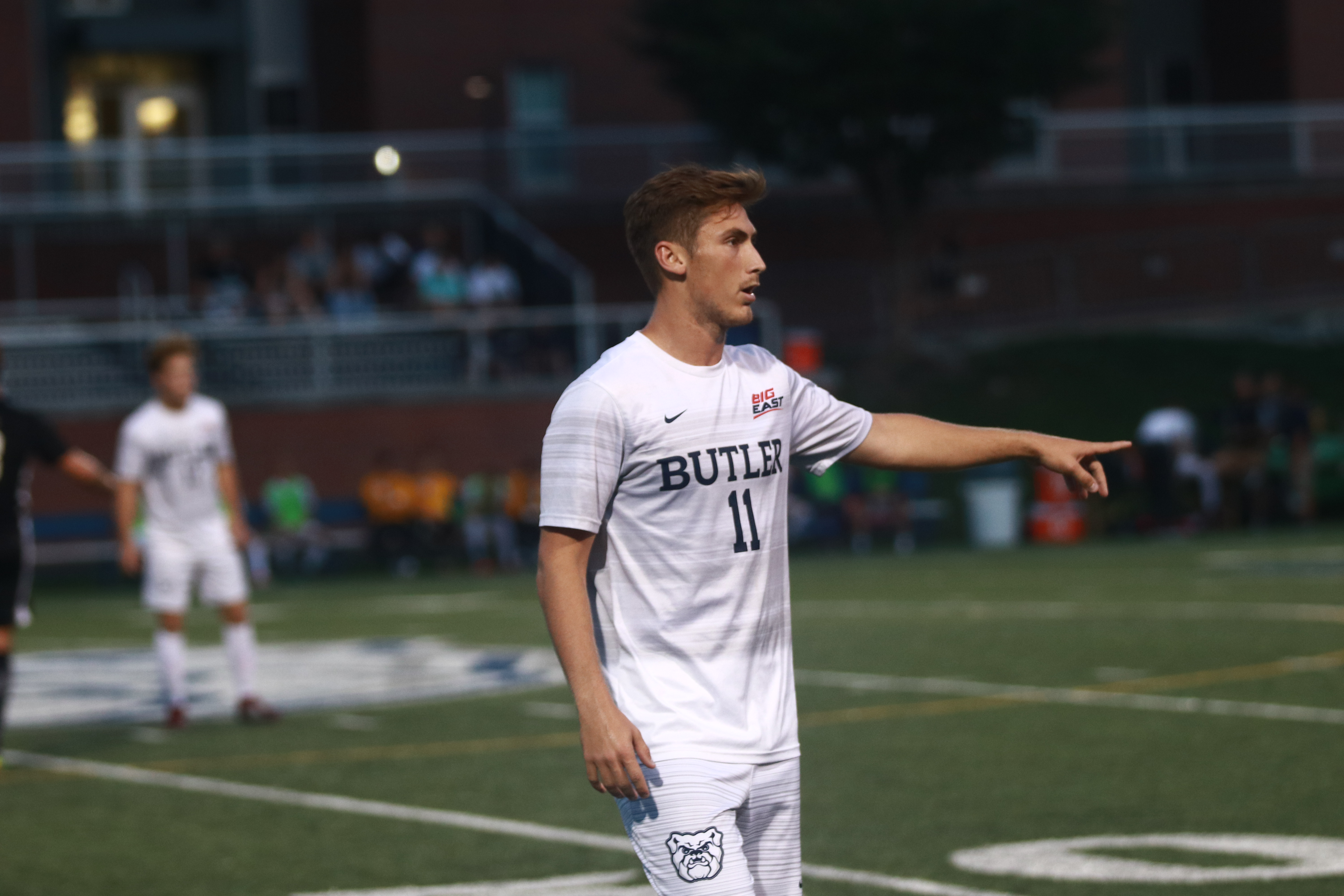 Going into last season, everything was looking up for the Butler men’s soccer team. The Bulldogs were the defending Big East regular season champs, and had the ninth-ranked freshman recruiting class in the country. The team was ranked ninth in the United Soccer Coaches preseason poll and picked to finish second in the Big East.

All that preseason hype never amounted to anything. The team finished 4-12-2 overall with a 2-7 mark in conference play.

“At the end of the day, we weren’t happy last year,” Snape said. “We were really upset. But you sit there, you reflect and you go, ‘What happened?’ And it all comes down from your attitude, your behaviors. You can have talent, you can have speed, athleticism. No matter what you’ve got, you’ve really got to start with the behaviors.”

Snape said he’s noticed a marked improvement in those behaviors and in the culture since the end of last season.

One player key in setting the tone is senior midfielder Jared Timmer, who’s in his third season as a team captain.

“This is like a fresh start for us,” Timmer said. “We take each day and each training session one by one. Our biggest challenge right now is facing our next opponent.”

Timmer, who earned a spot on the 2019 Preseason All-Big East team, finished second on the team in minutes, playing last season with 1,600. After starting 17 games last season, though, he hasn’t logged any minutes in the Bulldogs’ first two matches.

Another senior to watch for this year is forward Brandon Guhl. Guhl led the team with seven goals last year and is expected to make a strong offensive impact again this year. He found the back of the net in the team’s first two games.

The offense wasn’t last year’s biggest issue, however. The Bulldogs allowed more goals — an average of 2.17 per game — than any other team in the Big East.

“Our biggest focus right now has been having that clean sheet,” Guhl said. “The best defending is going to lead into our attacking. So, we have that mentality of not conceding any goals. We know that the goals are going to come for us. We have special guys that are going to be able to create for us and score goals.”

Butler has only allowed one goal in their two wins against Western Michigan and Evansville to begin the season.

Guhl stressed the importance of defending as a unit.

“I think having that mentality of everyone on defense together as an entire team is important,” he said. “It’s not just the defenders or the back line that are doing that or the goalkeeper saving us. It’s everyone from the front line throughout defending together and then that’s going to lead into us counter pressing and getting on teams and scoring goals.”

Snape pointed out another area that Butler can improve upon this year.

“One word is just resilience,” Snape said. “We’ve got to do a way better job of having more resilience. It’s going to come down to having a resilient team that has commitment. If we’re committed this year — which all the indicators say we are — we’re going to be really tough team to beat and we know we can score goals in many different ways.”

The Bulldogs also have nine new freshmen on the team this year, perhaps none more renowned than Wilmer Cabrera Jr. He comes from Rio Grande Valley FC Toros of the USL, the second-tier professional soccer league in the United States, where he played on an amateur academy contract. Cabrera scored four goals in 30 games with the Toros.

The Bulldogs’ biggest non-conference games this year are both Big Ten matchups. They play Wisconsin on Sept. 12 and Indiana on Sept. 24. Both games are at home.

Big East play starts on Sept. 20 against Georgetown at home.