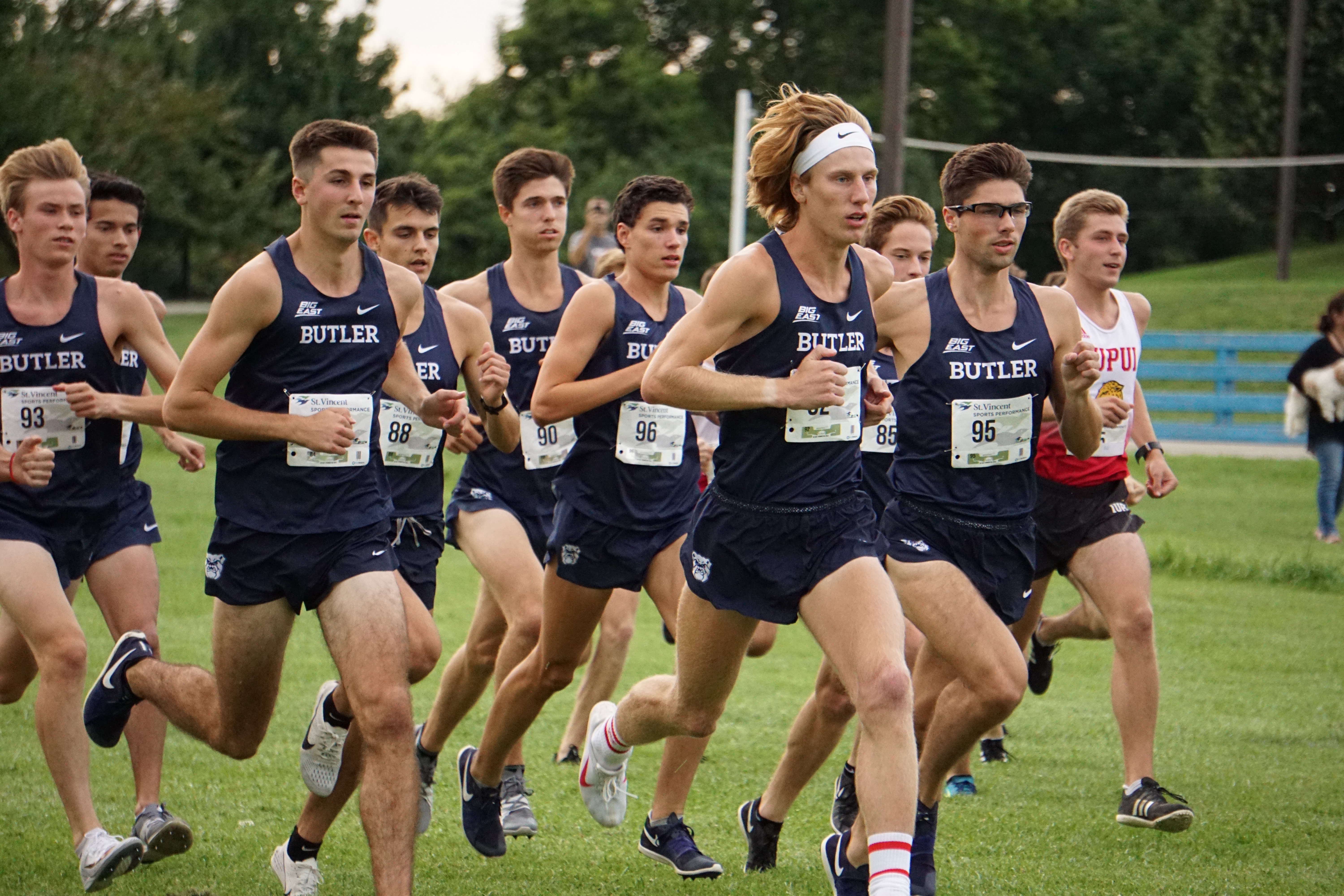 The Butler men’s and women’s cross country teams are looking to thrive on returning talent and provide opportunities for new talent to emerge.

Both teams will rely heavily on junior and senior talent this year as they look to continue their improvements from last fall. Aug. 30 marked the beginning of the season for both teams as they competed in the Butler Twilight, the annual fall race hosted by the Bulldogs.

Last season, the women’s team won the Butler Twilight and the John McNichols Invitational. They finished fourth out of 10 teams in the Big East Championships and 10th out of 32 teams in the NCAA Great Lakes Regional.

Butler will depend on talent from the senior class down to the sophomore class to improve upon last year’s success. The team did not lose anyone coming into this season, and their pre-existing team bond will likely serve as an advantage later in the year.

“We know that we can do some really cool stuff as long we’re all working together, so that’s exciting,” sophomore Margo Hornocker said.

The team bond extends into training as well. This season, runners are able to train in groups, as opposed to last year’s more individual work.

Senior Josephine Thestrup and juniors Angelina Ellis and Maddie McLain will lead the pack this season, along with junior transfer student Emily Royston.

“She could factor into that 1-2-3,” head coach Matt Roe said of team newcomer Royston and her potential to have an immediate impact on this squad.

Last year at the conference meet, the women took fourth with a group that was mostly freshmen and sophomores. This puts them in a great position going into this year’s championship time, as they will all return and look to improve upon that finishing placement.

The team will compete at the NCAA Pre-Nationals meet in Terre Haute, Indiana, in mid-October. This will give them the opportunity to compete against some of the best teams in the nation. One of their biggest goals this season is to earn a spot at the National Championships, and this meet will assist in doing that.

The selection process for nationals involves looking at which teams each program has beaten that season, so placing well in Pre-Nationals will give them the chance to potentially earn that spot. If things shape up as they should, a spot back at the championships is likely to happen for the first time since 2013, when the ladies placed third.

“Our goals aren’t too far out of reach, and it’s really exciting to know we could possibly [make nationals],” junior Angelina Ellis said.

The Bulldogs will compete at the Joe Piane Invite on Oct. 4th in South Bend, Indiana. Just about two weeks later they will be at Pre-Nationals. The team will host the Butler Invitational on Oct. 25 in Carmel, Indiana. They will spend some time up in Wisconsin, first for the Big East Championships on Nov. 2 and then the NCAA Great Lakes Regional on Nov. 15. The season will conclude on Nov. 23 at the NCAA Championships in Terre Haute, Indiana.

Last fall, the men’s team placed third at the Big East Championships and seventh at the NCAA Great Lakes Regional. They had one lone team win at the Butler Twilight meet at the beginning of the season.

This season, the team will be led by senior Euan Makepeace, who finished 109th at the NCAA Division I Cross Country Championships. Along with Makepeace, juniors Barry Keane and Clark Otte and grad transfers Simon Bedard and Matthew Wigelsworth should be the core of the team moving forward.

“Right now, there are a lot of guys who could take one of those top seven roster spots,” Head coach Matt Roe said

The team is using these next few weeks to get some high quality training in before getting into some heavy racing starting at the end of September. The Bulldogs will race at Pre-Nationals on Oct. 19, the team’s first big race against national level teams. The team will host the Butler Invitational on Oct. 25 in Carmel, Indiana.

The Bulldogs will spend two consecutive race weekends in Wisconsin for the Big East Championships and the NCAA Great Lakes Regional. The following weekend, the NCAA Championships will kick off in Terre Haute.

“We really expect to be top three [at conference] and everyone’s working hard towards that goal,” Otte said.

Otte is in a position to be a frontman for this team, having won the Butler Twilight Meet in a course record time of 18:14.9 for 6K.