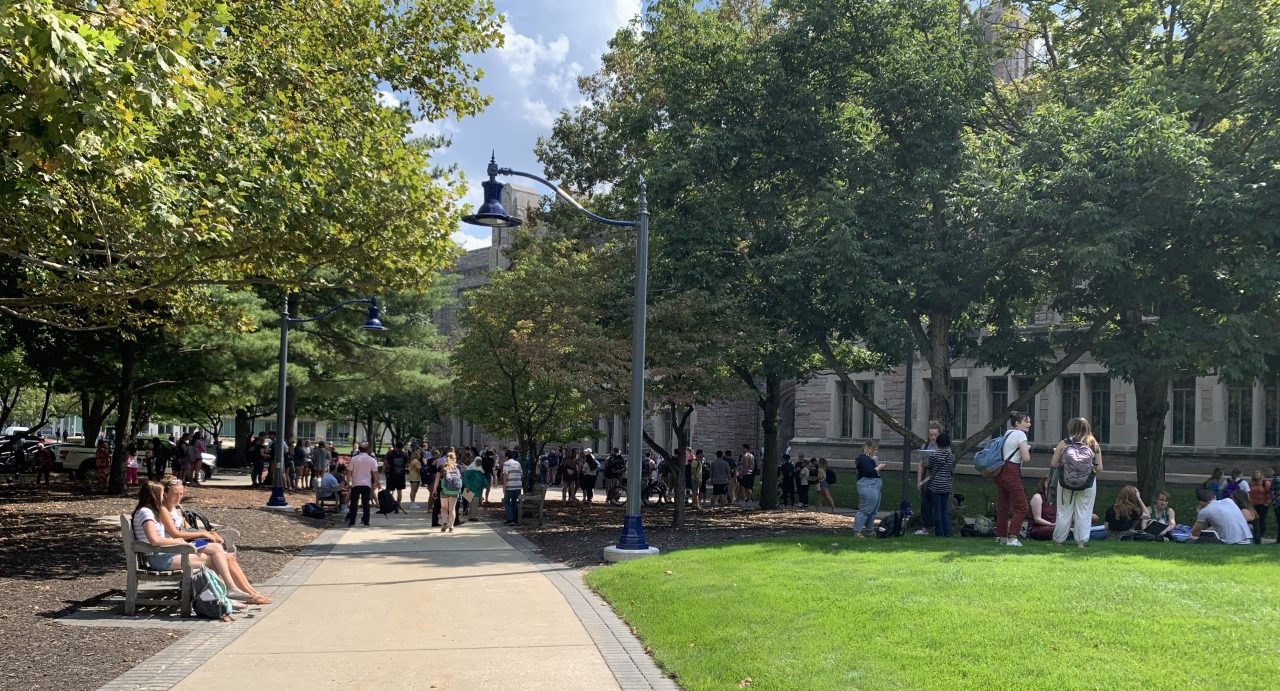 At 2 p.m. on Sept. 12, Butler students received a Dawg Alert from BUPD that stated Jordan Hall was closed due to smoke. The building was safely evacuated following a fire alarm.

The smoke came from a fan belt on the clean air intake motor in Jordan’s west end basement. This motor helps pump air throughout the building to prevent stagnant air.

Tony Rivera, BUPD assistant chief of operations, said the fan belt burned up and broke off, causing a great deal of smoke. There was no open flame, but the burning rubber belt caused fumes to spread throughout the basement, first and second floors.

These intense fumes can cause headaches, allergic reactions or asthma.

“I’ve been in there for quite a while and I started to feel the effects myself,” Rivera said.

Butler University operations is working to fix the fan belt and has placed fans in all exterior doorways to help aerate the building. Additionally, they called in an outside group to help with remediation of the smells.

BUPD sent another Dawg Alert at 3:30 p.m. allowing the community to re-enter all parts of Jordan Hall except for the west end basement. Jordan Hall was closed to the public for an hour and a half.