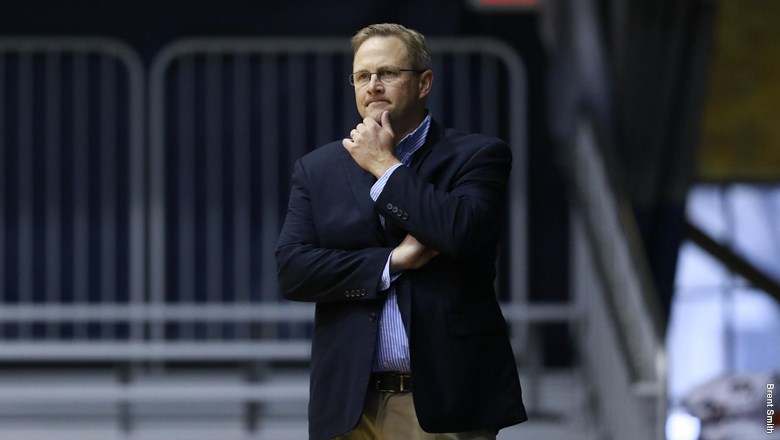 While students were away this summer, a Butler coach signed a contract extension, new coaches were hired and former basketball players moved on in their professional careers. Here’s what you may have missed this summer in the world of Butler Athletics.

Ryan Pepiot and Harrison Freed became the first Butler teammates since 1998 to get selected in the MLB draft in the same year. Pepiot was selected by the Los Angeles Dodgers in the third round after completing his junior season. Pepiot is the highest draft pick in Butler baseball history. Freed was selected by the San Francisco Giants in the 13th round of the draft. Freed was named First Team All-Big East and led the conference in hits, home runs, RBI and total bases at the end of the regular season.

The men’s basketball non-conference schedule includes match-ups with at least six 2019 NCAA tournament teams. They will host both Minnesota and Florida, and hit the road to face Baylor in the Big East/Big 12 matchup. For the women’s team, the first half of the upcoming season includes eight home games at Hinkle Fieldhouse, one true road test at Ball State, a home matchup against in-state rival Indiana and a two-day tournament in Daytona.

Christie Cates, a 2016 Butler graduate, previously served as an assistant coach for both Butler golf programs before being named head coach of the women’s program. Bill Mattingly, who has been the head coach of both programs since 2007, will continue to lead the men’s program. Cates played in two Big East conference championships during her Butler career.

President of basketball operations of the Minnesota Timberwolves, Gersson Rosas, made the announcement on Aug. 9 that the team signed Kelan Martin to a two-way contract. Martin averaged 12.9 points and 6.6 rebounds in 21.9 minutes over seven games during the NBA Summer League in Las Vegas. After graduating from Butler in 2018, Martin played overseas in Germany for MHP Riesen Ludwigsburg averaging 13.7 points per game last season.

With 28 years of head coaching experience leading power conference programs, Mat Iandolo arrives in Indianapolis after 12 seasons at Utah. Six of Iandolo’s 12 seasons with Utah included a Top 50 finish in the final Intercollegiate Tennis Association’s national rankings. He led the Utes to 148 dual wins. Iandolo also served as head coach at Purdue from 1991-2007.

Former Butler Women’s soccer player Paige Monaghan was selected as the tenth overall pick in the 2019 NWSL College Draft to Sky Blue FC. Monaghan was recently named NWSL player of the week after scoring two goals against Team USA’s World Cup goalkeeper Alyssa Naeher on Aug. 14. Not to mention, one of her goals came off an assist from Carli Lloyd. Monaghan was also named to the U.S. U-23 Women’s National Team roster for the 2019 Nordic Tournament.

Former Butler men’s basketball player Tyler Wideman, a 2018 graduate, played in all five games for Team USA in Lima, Peru at the 2019 Pan American Games. The team consisted of players from Big East universities and was also the youngest team in the field. Team USA beat Dominican Republic 92-83 to win the bronze medal.

Allie Vogeler received the 2018-19 Scholar-Athlete Sport Excellence award for women’s outdoor track and field by the Big East. This award is given to one student-athlete in each Big East sponsored sport based on academic credentials, athletic accolades or performances and volunteer service to the community. Vogeler finished her senior year with a 3.94 GPA.

Recent graduate Paul Jorgensen signed a contract to play in Spain with El Chocolates Trapa Palencia. Jorgensen averaged 11.7 points and 3.1 rebounds for the Bulldogs last season and made 72 three-pointers.