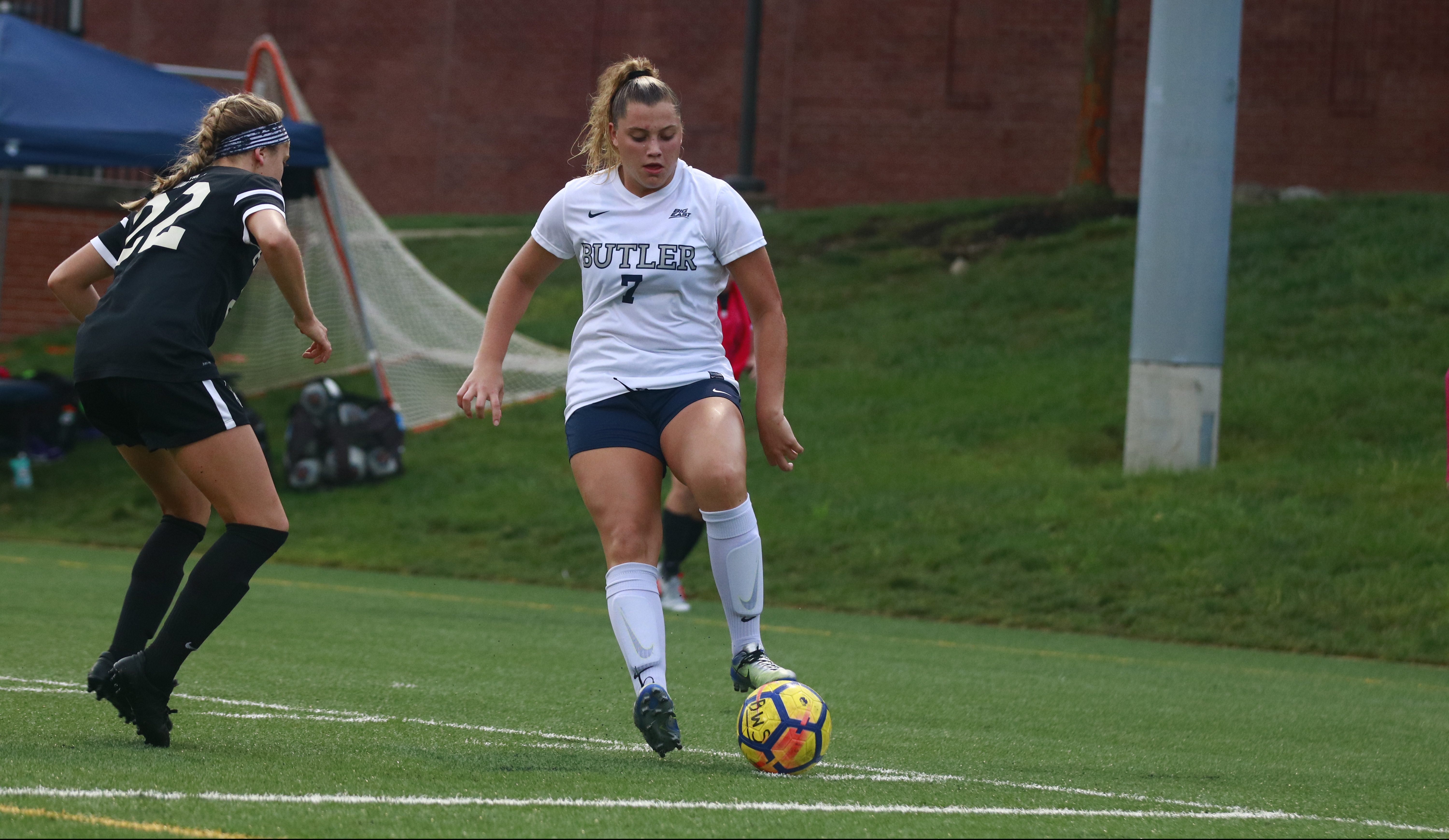 Behind a pair of goals from Anja Savich, the Butler women’s soccer team defeated Morehead State 3-0 on the road to open their 2019 season on Aug. 22.

Savich’s two-goal performance marked the second consecutive season that she scored a pair of goals in the team’s opening match. A year ago in her first collegiate match, Savich scored twice as Butler beat Kent State 3-1.

In just the 10th minute, Savich chipped in a goal from five yards out to give Butler a 1-0 lead. Six minutes later, Celia Gaynor would score her first in a Butler uniform off a cross at the top of the box from Katie Soderstrom.

Savich’s second of the night would come off a feed from Soderstrom as she beat Morehead goalkeeper Kayla Landman one on one.

A quiet second half from both teams sealed a 3-0 win for the Bulldogs. Butler dominated the shot count 18-4 in the match.

The Bulldogs will open their home schedule on Aug. 25 as they host cross-town foe IUPUI.