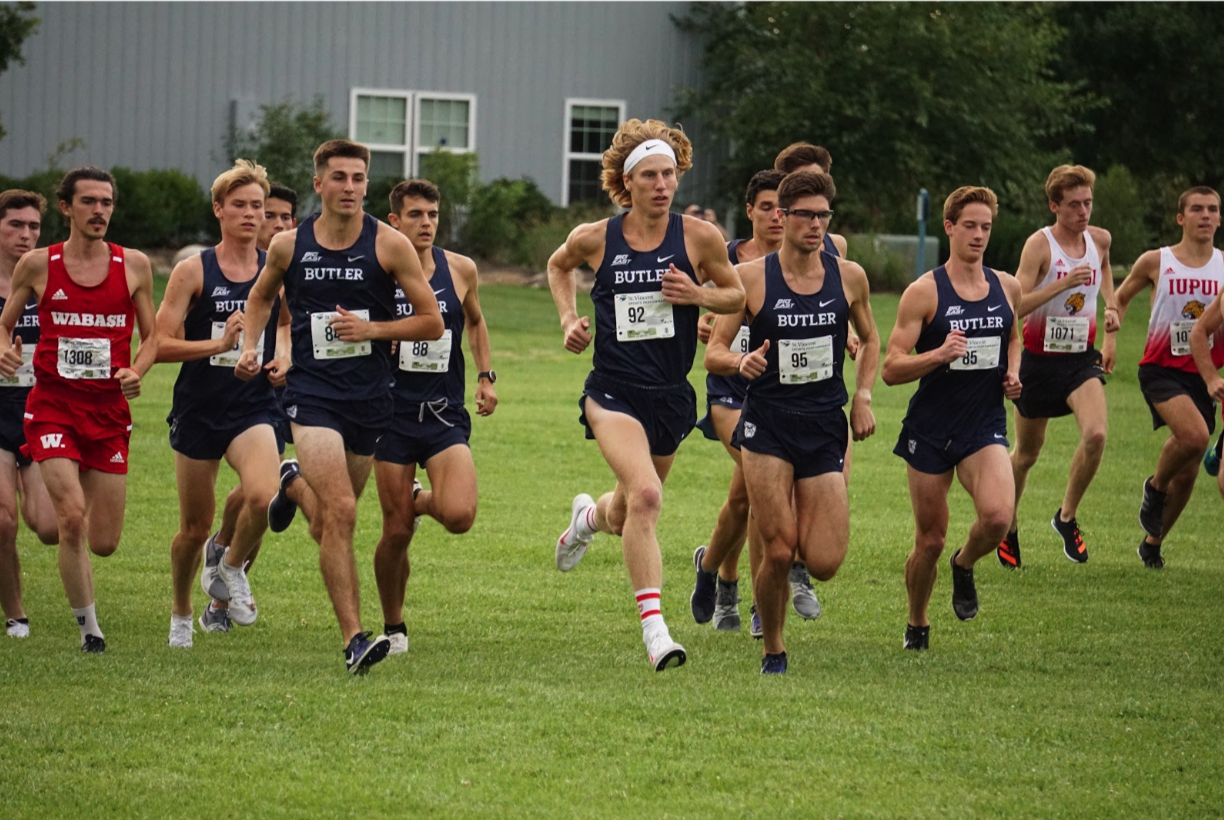 Clark Otte and the Butler men’s cross country team at the Butler Twilight in Carmel, Indiana. Photo by Becca Atchley.

The Butler men’s and women’s cross country teams both won the Butler Twilight Meet at Northview Church in Carmel, Indiana on Aug. 30.

Emily Royston, a junior transfer from UW-Milwaukee, led the lady bulldogs, crossing the line in 17:20.6 for 5K. Over 20 seconds behind her, Angelina Ellis finished in second place with a time of 17:42.3.

The women scored 28 points to top Ball State and IUPUI.

Junior Clark Otte won the men’s race in 18:14.9 over 6K. Just like in the women’s race, another bulldog would come not far behind him, James Sweeny took second place in 18:30.3.

The men scored 22 points to top the Jags of IUPUI and the Little Giants of Wabash.

The women will be back in action on Sept. 6 at the Vic Godfrey Open in Kenosha, Wis, while the men won’t race again until they head to Earlysville, VA for the Panorama Farms Invitational on Sept. 27.

Complete results from the 2019 Butler Twilight.