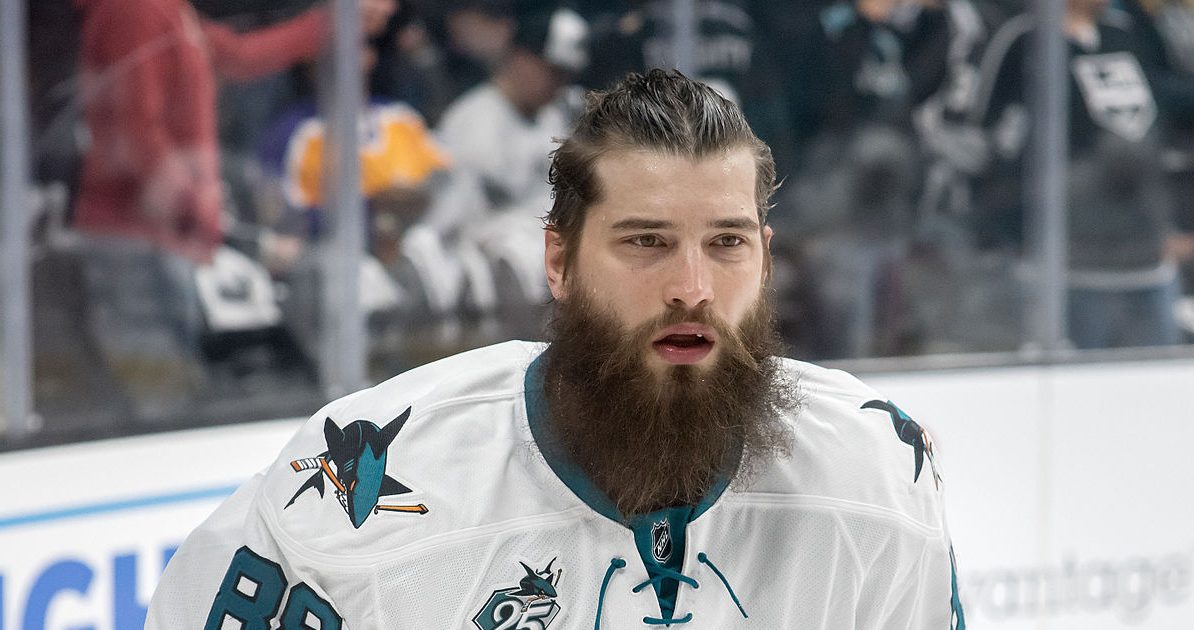 Brett Burns during a game. Photo courtesy of Wikimedia Commons.

The Stanley Cup Playoffs are right around the corner, meaning long, straggly beards are in and teeth are out, literally. If you have never watched hockey before, now is the time. Deemed the most difficult championship trophy to win, the Stanley Cup is a goldmine of tradition. Players have fought through stitches mid-game, torn ACLs and punctured lungs just to have a shot at holding the Cup.

Only 16 teams get a shot in the playoffs, meaning sorry Chicago Blackhawks fans, it’s time to hop on a different band wagon for the playoffs. If you haven’t been paying attention but still want to enjoy the playoffs, here is a look at some of the most entertaining teams that could make a deep postseason run.

Love an underdog story? The Islanders wagon is for you. No one thought they would even win a game when star captain John Tavares left to go to the Leafs, but here they are. Last year, the Islanders allowed an NHL-worst 293 goals, but this January, they found themselves at the top of the Metropolitan division.

The Islanders clinched home ice for the first time since 2002. The best part about the Islanders? Their fans. Unlike the cross-town neighbors, the New York Rangers, who failed to make the playoffs, the Nassau Coliseum holds a wild group of fans that are best known for being loud and knowing how to make the other team mad. Added bonus — you get to use an Italian accent and not be made fun of.

Tampa is the obvious wagon to join; however, if you choose to ride along, I recommend calling them the Bolts to sound like a real fan. After winning the Presidents’ Cup — given to the team with the best regular season record — for the first time, the Bolts are going into the playoffs hot. They clinched a playoff berth back in early March and tied San Jose for the second-fewest games needed to claim a playoff spot with 68, only one behind the 2009-10 Capitals.

Tampa Bay has not won the cup since 2004, but this is the Lightning’s prime year to do so. Nikita Kucherov is their key weapon. He tied the Lightning’s single-season points record on March 5 and is the only person this season to break the 120-point mark, meaning he is more than just a scoring threat.

After losing to Boston in a heartbreaking game seven in the first round of the playoffs last year, the Leafs are back for vengeance. As of right now, the two would face off again in the first round. New additions to the Leafs have proved how strong they could be in the postseason. John Tavares is the master of revenge as he scored the game winning goal against his old team, the Islanders, to finalize the Leafs spot in the playoffs.

One reason to jump on the Leafs wagon is because while they are a Canadian team, their young star is from the Arizona, a hometown hero. Plus, you can’t root against a kid who spells his name Auston instead of Austin. For all the fans of the Great North, be ready to sing the beloved national anthem before every game with pride. Oh Canada.

Welcome to Smashville, where the fans and the players know how to get the party started. The Preds are veterans when it comes to the playoffs, but they are still hungry for more. Nashville made a deep run to the finals back in 2017 but have fallen short since then. This year could be the Predators best chance to get back to the Finals.

However, if you want to join this wagon, there is no going back.  Also, turn back now if you hate fish. On special occasions, catfish are thrown onto the ice, dating back to the 2003 season after mocking the Detroit Red Wings’ tradition of throwing an octopus. Don’t think it stops there. The Bridgestone Arena holds 17,000 heckling fans every game. Goalies are their main target.  After every goal the visiting goalie allows, the rehearsed chant is collectively yelled: “He shoots! He scores! You suck!” Oh, and then they chant the goalie’s name, and added to that is “it’s all your fault!” just so they know they messed up, in case they forgot.

The Sharks are looking more like an underdog in this playoff picture after ending the season on a low note, but that might be exactly what they need. They have seasoned players that know what playoff time means. San Jose will face Vegas in the first round, and lucky for them, Marc-Andre Fleury might still be out with an undisclosed injury. The Shark Tank and the Knights don’t get along, which could make for an eventful game.

Most important part of the Sharks? The players’ distinct looks and personalities. Brent Burns, a tall defenseman, is known for having no teeth and a playoff beard that lasts the whole year.  But he is more than just a beard. Burns has a ranch in Texas where he holds all of his exotic animals, like wildebeests and many more. For his 1,000th NHL game, his team honored him with two live antelope to add to the ranch. Then there’s Erik Karlsson, who was traded from the Senators this season and defines the word “mustache.” Not only is his mustache long and perfectly curled at the end, but his shoulder-length hair flows perfectly in the wind. Okay, maybe I’m a little biased there, but trust me, it’s a good reason to join the wagon.

Vegas knows how to put on a show, since they are in the entertainment capital of the world. Before every playoff game last year, the Knights put on a upgraded version of Disney on Ice, accompanied with actors, lights and mixed emotions. The way the Knights are going to get over the hump of winning the Stanley Cup is with the help of goalie, Marc-Andre Fleury. However, if you join this bandwagon, be weary that if he doesn’t play, things could go south very quick.