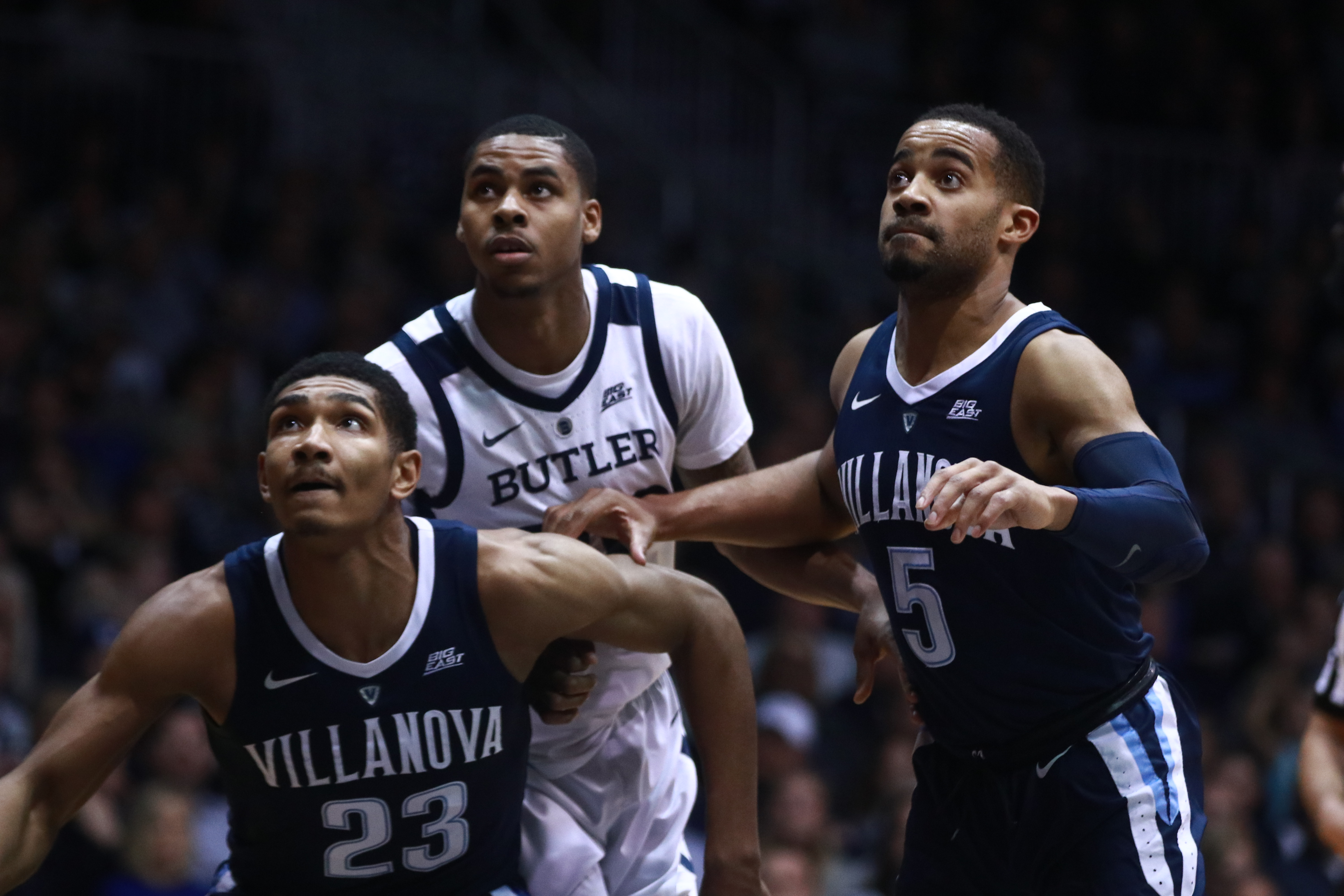 Henry Baddley battles for a rebound against Villanova when the teams met at Hinkle Fieldhouse on Jan. 22. The two teams play again in Philadelphia on March 2.

Following a 73-67 overtime loss to Providence, the Butler men’s basketball team heads to Philadelphia to take on Villanova. Here’s what you need to know as the Bulldogs try to steal one from the Wildcats.

Who: Butler vs. Villanova

Butler needs to get to the foul line.

Prior to Villanova’s 67-61 win over Marquette, the Wildcats had lost three straight. Over that three-game skid, Villanova’s opponents went to the free throw line 71 times. Teams that put pressure on Villanova’s defense and force them to guard without fouling have seen successful against the defending champs. Coincidentally, Butler has struggled getting to the free throw line at times this season, depending too much on the 3-point line. Players like Kamar Baldwin and Aaron Thompson need to be aggressive getting to the foul line. Baldwin shot 10 free throws against Providence in one of his best games of the season and a similar desire to get to the front of the rim will be key in this game. In Villanova’s win against Marquette, the Golden Eagles only got to the line 10 times and knocked down six of those.

When Phil Booth and Eric Paschall combine for less that 35 points, the Wildcats struggle. Villanova is not nearly as deep in the scoring department as it has been in years past. Stopping these two seniors typically spells trouble for Jay Wright and the Villanova offense. However, in Villanova’s win against Marquette, the two seniors only combined for 21 but got bailed at my sophomore Jermaine Samuels.

Between Jan 22., the date of the first matchup between Butler and Villanova, and Feb. 24, Samuels had 28 points total. Then, out of nowhere, the guy who averages just over five points per game this season went off against Marquette for 29 points on 10-of-19 shooting and knocked down five 3-pointers. The moral of the story is not letting bench guys who never produce go for 30 points and bail out Villanova’s seniors. Odds are that’s not going to happen again, so the focus for Butler should still be stopping Booth and Paschall.

Butler’s three best 3-point shooters, Sean McDermott, Paul Jorgensen and Jordan Tucker, combined to go 2-for-15 from beyond the arc against the Friars. That’s just not good enough. Jorgensen and McDermott were 0-of-10 from the field and scored just four points while Tucker was 3-of-11 from the field. It’s a broken record, but it is still true; Butler can’t win if they don’t shoot the ball well. Against a team like Villanova on the road, Butler has to get better production from those sharpshooters to have any hopes of pulling of an upset.