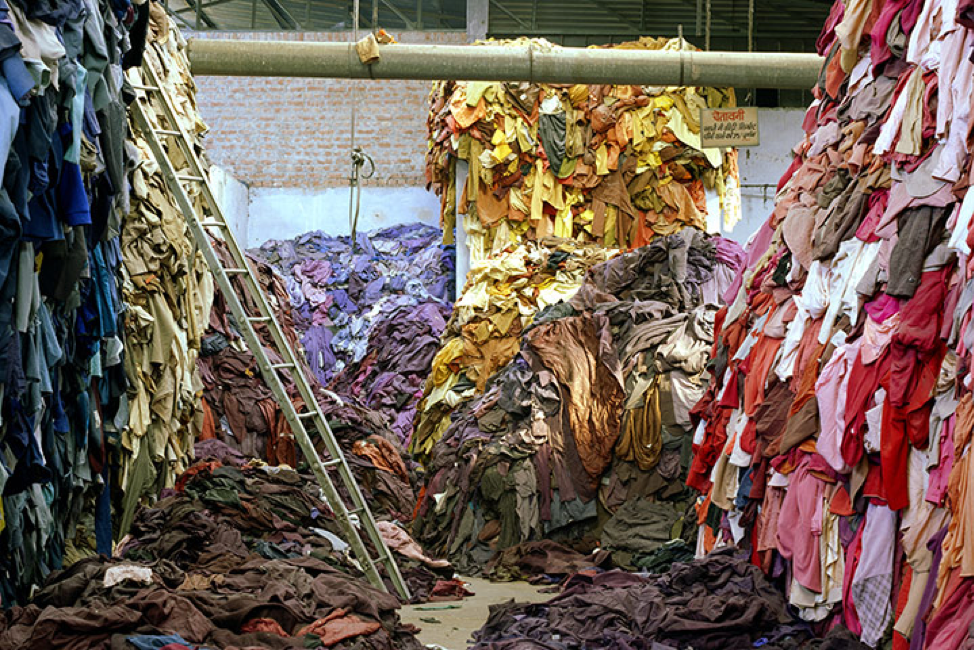 Fashion is a billion-dollar industry that employs hundreds of millions of people and touches almost everyone everywhere. A foundational form of self-expression, fashion is a part of life for almost everyone. Some people build lives from the fashion industry, while some just partake in it — whether they know it or not.

However, as Fashion Week takes over social media across the world, the beauty of designer clothing and supermodels overshadows the dark underbelly of the fashion industry.

Unfortunately, since the 20th century and the onset of worldwide industrial revolutions, clothing is increasingly thought of as disposable, and the industry is now highly globalized.

A garment could be designed in one country, manufactured through cheap labor in another and shipped worldwide to be sold at an inflated price. A year later, it’s thrown out.

This trend exists in part because of the rising demand of a growing middle class across the world. While a growing middle class is generally thought of as a positive thing, it doesn’t come without its costs. Something that is celebrated by businesses and citizens alike has led to the emergence of “fast fashion,” prompting a doubling in clothing production over the same period as before.

Fast fashion focuses on speed and low costs in order to deliver new collections inspired by celebrity styles and the runway as frequently as possible, thus increasing profits.

Because of this, the fashion industry is the second largest polluter in the world — just after big oil — and as demand rises and the industry continues to grow, so does its environmental footprint.

According to a recent report, the clothing industry emits more greenhouse gas emissions than aviation and international shipping combined. Additionally, the amount of waste the industry produces, and the amount of water and resources it uses, is increasing. In the United States alone, 85 percent of the clothing thrown out each year ends up in a landfill — the equivalent of 26 billion pounds or 310,000 semi-truckloads.

Additionally, modern clothing is most often made from synthetic materials that, when washed, release harmful chemicals and microplastics into the water, eventually finding their way into the world’s oceans. Today, most clothing is made of plastic — polyester, acrylic, nylon and other synthetic fibers — because it’s cheaper for brands to use than natural fibers.

Beyond obvious and detrimental water pollution, these fibers have the potential to actually poison the food chain. Sea animals ingest the harmful fibers, thus poisoning each other, and they eventually work their way up to humans who consume seafood. In the end, we aren’t only harming the natural environment. We’re also hurting ourselves. Despite popular climate change news, it’s not only straws and grocery bags that are killing sea-life and destroying marine ecosystems. It’s also the clothes we wear everyday.

Though our generation isn’t wholly responsible for any of this, we will ultimately be the ones who will have to clean up our predecessors’ mess. And if we want any semblance of the environment we grew up with to be around for our own kids, we need to wake up.

Our generation consumes more than any before us. We are constantly force-fed images of the latest trends, prompting us to spend our money on some disposable garment that we may wear for a few months before tossing it to the side. That garment’s lifespan is likely over, dooming it to a future of being thrown out or “donated” to some overstocked thrift store, and the resources used to get it to you wasted.

So, if you wear clothes, here are some ways you can be a little better about the way you wear them.

While thrift and second-hand stores still sell clothing made from synthetic fibers, reusing and repurposing used clothing limits the demand for new synthetic clothing to be made. Shopping from thrift stores like Goodwill and other local stores also helps to reduce the amount of thrown out clothing that is piling up. So much is donated to second-hand stores each year that it often ends up in landfills instead.

With the prevalence of environmental degradation and pollution, many companies are capitalizing on the shift toward more sustainable consumption. Brands like Everlane, Girlfriend Collective, Patagonia, L.L. Bean and Eddie Bauer source some or all of their materials from recycled plastics or ethically sourced fibers. Again, for some of their products, these brands are repurposing recycled plastic, so their garments still leach microplastics into water when washed, but at least they aren’t adding to the demand to create new plastic.

In the long run, consuming clothing made from recycled plastics or ethically sourced materials — like responsible down or organic cotton not grown through cheap labor practices — places less strain on the environment.

Free yourself from trends

Fast fashion stores emphasize short-lived trends to make as much money as possible. Once you realize that these trends won’t last — and that neither will the garments — you can free yourself from the endless cycle of overconsumption.

In general, freeing yourself from the never-ending cycle of trends also limits your consumption. Overconsumption is the crux of the fast fashion problem in the first place, so this shift is crucial to making a change.

Another way to limit your personal role in climate change without necessarily sacrificing your affinity for fashion trends is to consider some do-it-yourself projects. You can easily cut a shirt or pair of jeans you already have or that you thrifted to achieve the look you’re going for. You can also make your own things from scratch.

Amanda Murphy, a sophomore youth and community development major, makes her own headbands and scrunchies and takes in the occasional pair of pants.

“I can take something and then I can make it my own, or if I find a piece that’s too big, that’s probably not a big deal,” she said. “I can take it in and it’ll be fine, plus I probably saved a lot of money.”

Making such a drastic shift to your consumption habits can be difficult and overwhelming, especially when you’re on a budget, but it doesn’t have to be all or nothing. Making some changes here and there and being conscious of your impact on the environment is what is really important.

It doesn’t feel like your individual shopping habits can actually make a difference, but the more people who are aware of the impact of the fashion industry as a whole, the better. As consumers, we have the privilege to use our voice to better the environment for us all, and to improve the practices of the fashion industry.