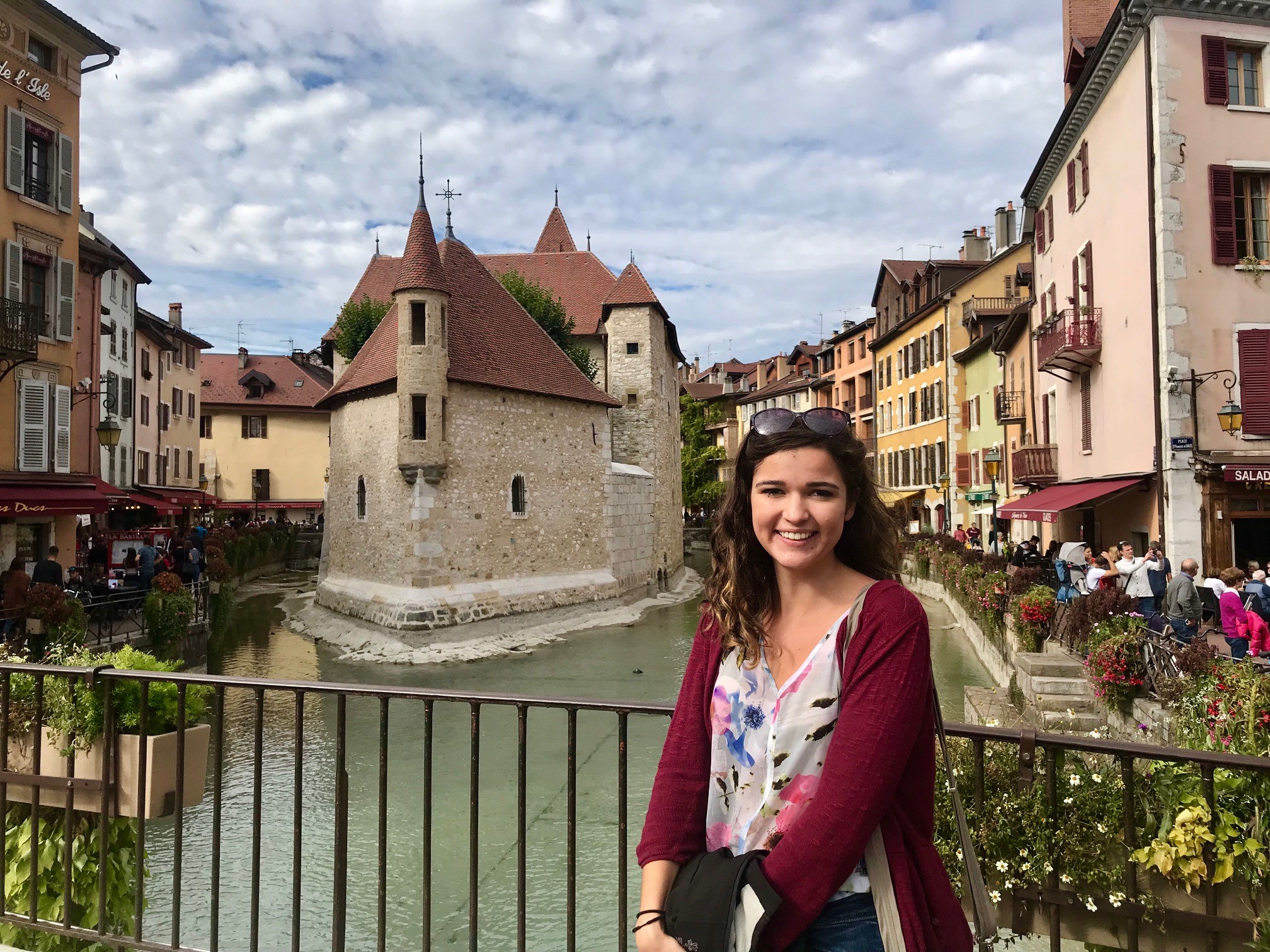 Studying abroad is a big undertaking. Flights can be delayed or missed and alarms don’t wake you up. Once students get to their destination, classes only take up a small percentage of time and the weekends become jaunts to other countries.

“I missed my flight home. It wasn’t funny in the moment. It was completely ridiculous. I set 17 alarms and slept through all of them. I had a fight with the French administration with getting my ticket reinstated and going through TSA. I finally got to the gate and they closed it. I missed two flights that morning.”

“When I was in Geneva, Switzerland, our flight home got cancelled. We had to scramble to book a hotel and stay another night. It wasn’t a big deal. We survived. And in Portugal, we had a taxi driver who only spoke Portuguese, which was hard.”

“I took a trip to Paris and there were riots happening in the city. I got a firsthand experience of world news. All the metros were shut down for the day. We saw building that were broken into that were later shown on the news. I got to see the Eiffel Tower with all these barricades around it and no one there. You didn’t do anything touristy that day. They stopped my bus and everyone was yelling in French.”– Emily Jewell, a junior communication sciences and disorders major, studied abroad in Alcalá de Henares, Spain.

“I went to the Great Barrier Reef and they tell you to take anti-nausea medicine. I don’t get seasick. It was an hour and a half boat ride. I was snorkeling and actually threw up on the Great Barrier Reef. I slept on the boat for the rest of the day.”– Darian Reynolds junior marketing major, studied abroad in Sydney, Australia.