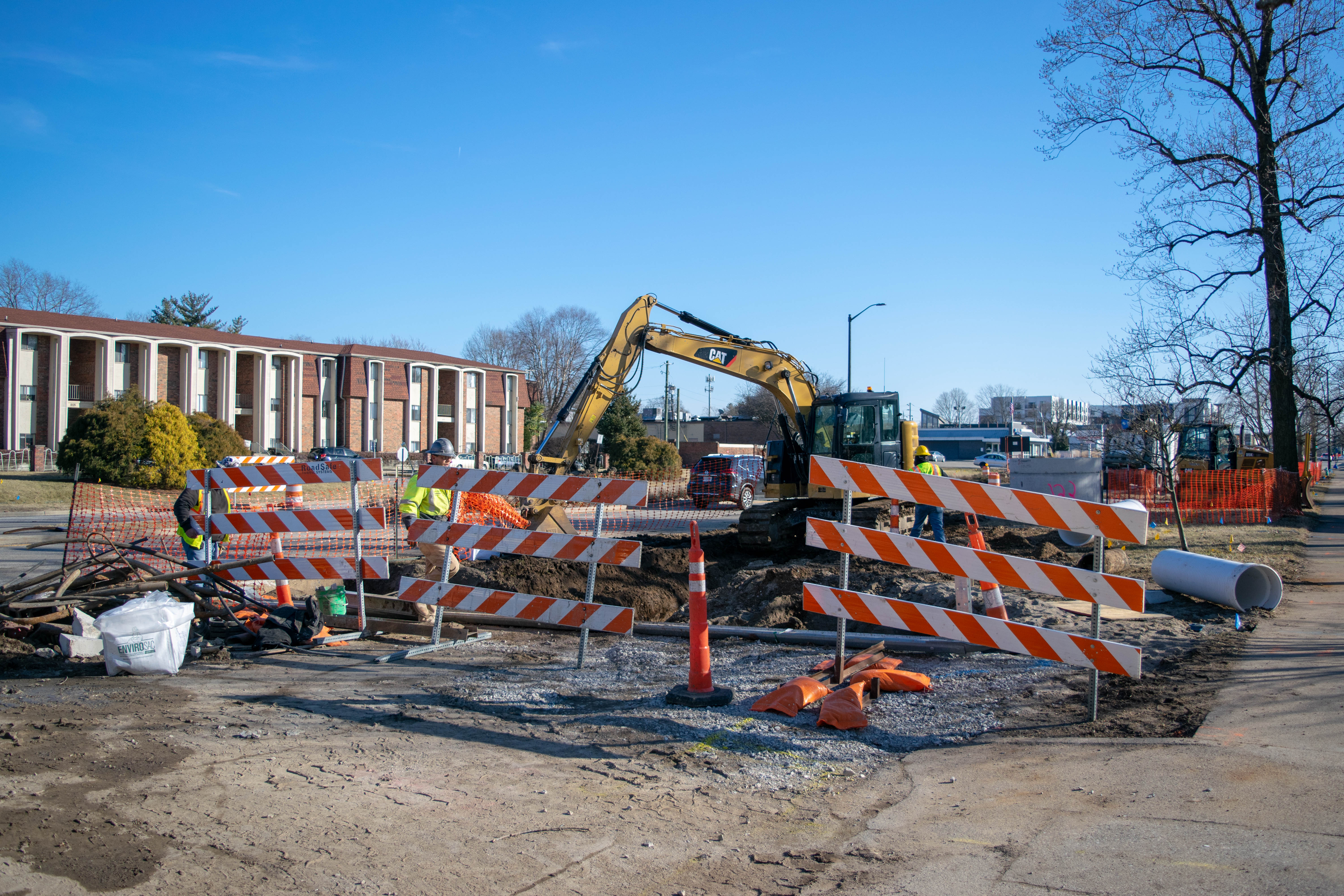 Construction on College Avenue for the Red Line bus route. It is expected to be finished in August. Photo by Mason Lovett.

Construction for the new Red Line bus route has been accelerated, cutting four months off the estimated time needed before the project’s completion. This is the first of three routes which will connect Indy and the surrounding area with a bus rapid transit system.

A bus rapid transit system is designed to be similar to a light rail system, but at a lower cost. Buses on this route are expected to come as often as every ten minutes, giving commuters a smaller wait time at the stations.

Michael Kaltenmark, Butler’s director of external relations, is supportive of the plan because of the additional transportation options it will provide for Butler students and employees.  However, he also noted disappointment with the fact that the route will not be directly connected to campus.

Students wanting to use the Red Line would have to take a regular IndyGo bus route from campus to Broad Ripple near HopCat and then switch over to a Red Line bus.

Thomas Hermsen, junior psychology and Spanish double major, who has used the bus route that connects Butler’s campus to Broad Ripple. Hermsen was also supportive of the Red Line project. However, he noted taking the bus to Broad Ripple can take a long time, so taking a route there and then switching over to a Red Line bus might make for a very long commute for members of the Butler community.

“It’s good that Indy is doing this, I just don’t see the benefit for Butler students yet,” Hermsen said.

In Indy and the surrounding area within Marion County, the Red Line will connect neighborhoods with universities and areas where many people work. According to IndyGo, the neighborhoods surrounding the Red Line route are also lower income areas compared to the rest of the city. This bus system will give nearby residents more access to universities and employment opportunities.

Jennifer Pyrz, the northern corridor liaison for the Red Line Project, said this connectivity was an important part of the project and cited it as one of the inspirations for the project.

“The intent of all the improvements to the bus system is about providing … access for our residents so that people all over the city are able to access jobs, grocery stores, healthcare and all of the things that we all need day to day,” Pyrz said.

The Red Line is expected to be completed in August and will begin operating sometime after Labor Day.