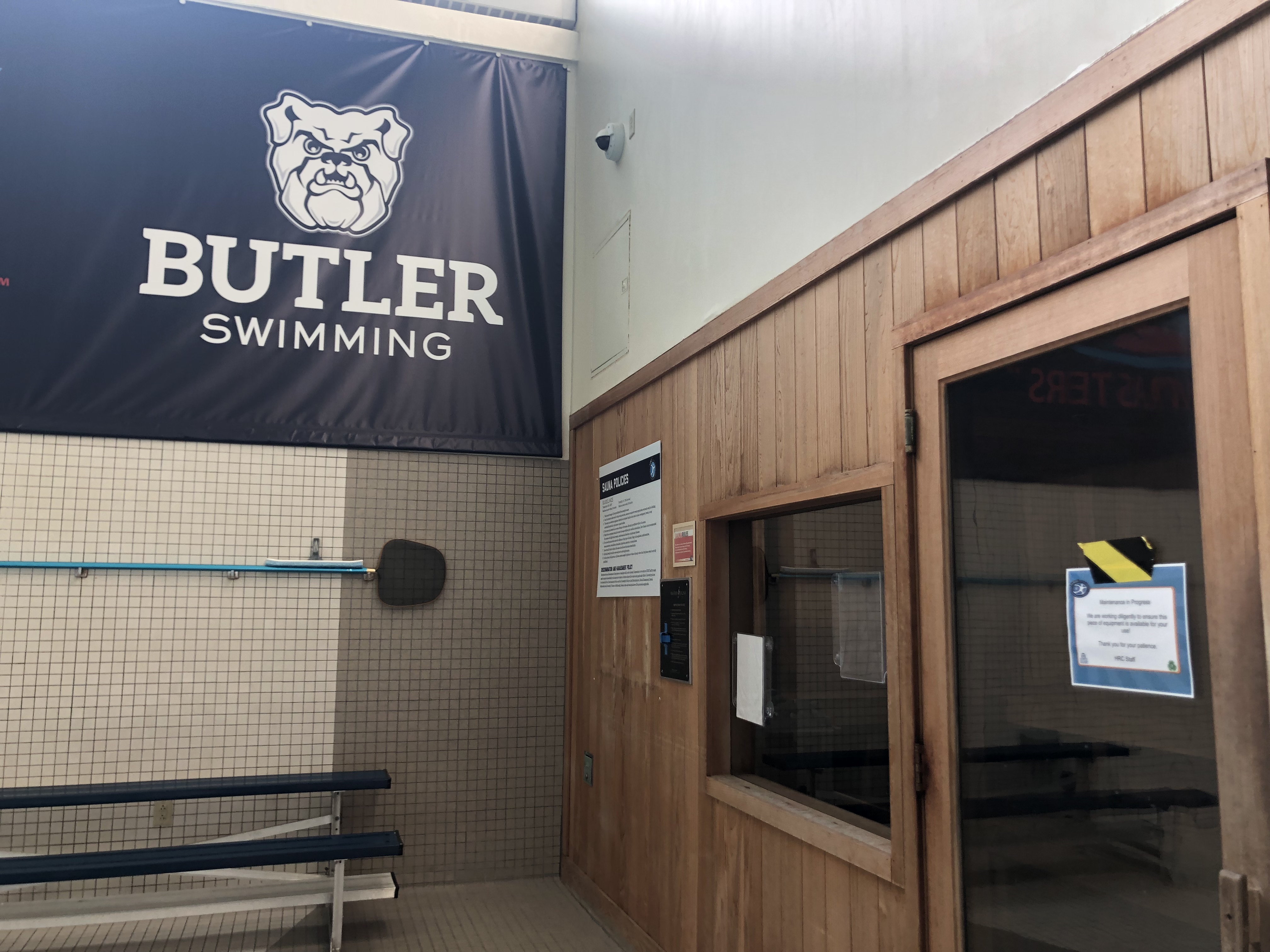 A sign indicating that the HRC sauna is closed. The sauna has been broken since the beginning of second semester. Photo by Sorell Grow.

Frequent users of the sauna in the HRC may be disappointed until after spring break. The sauna broke in mid-January after someone poured water onto the heating unit.

“It went down due to user misuse,” said Josh Downing, director of recreation and wellness.

A new unit was ordered three weeks ago. Downing said he is hopeful it will be replaced either before or right after spring break.

“It’s unfortunate that it happened,” Downing said. “We’re doing our best to get it running. It just takes a little time.”

Danny Yanosko, a junior finance and marketing double major, said he goes to the sauna about once a month. The broken sauna means he cannot rely on it when he goes to the HRC.

“That plays a big factor in it not being more important to my workout routine,” Yanosko said.

Grace Park, a fifth-year pharmacy major, just recently started working out at the HRC and has yet to use the sauna.

“It sounds like a big stress reliever,” Park said. “I’m really excited to try it out.”

Heidi Kastenholz, undergraduate assistant for aquatics at the HRC, said people have come to her asking if the sauna is still broken. She said there have not been as many people in the pool area since the sauna broke.

“It is one of the really nice amenities in the HRC, and when it is gone, people miss it,” Kastenholz said.

The lifeguards in the aquatic center are planning to increase signage about how to use the sauna and play a more active role in monitoring it when people add water.