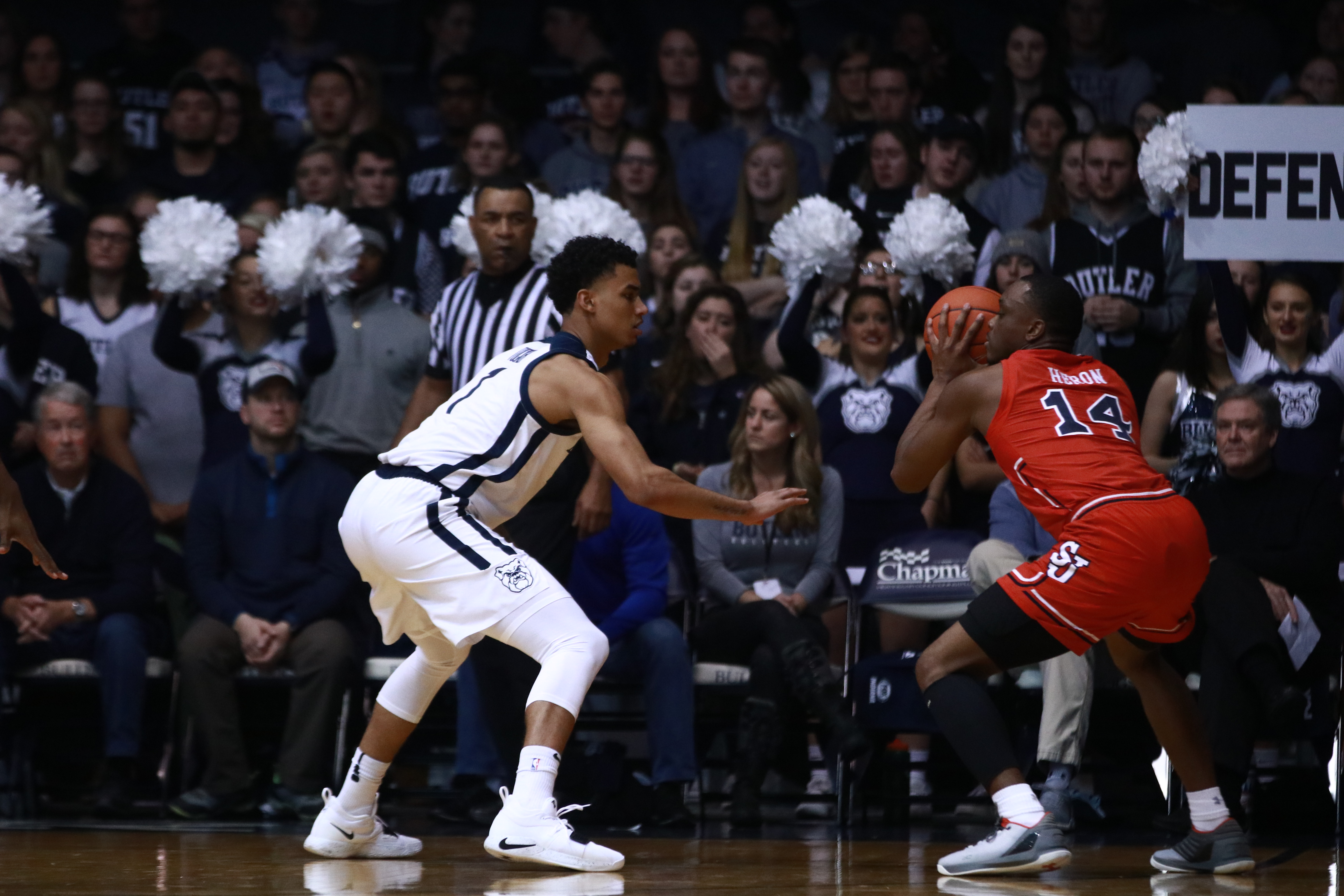 The Butler men’s basketball team fell to 5-7 in conference play after an overtime loss to St. John’s, 77-73. The Bulldogs committed a season-high 18 turnovers in the game. Here are three takeaways from a heartbreaking loss.

With 10:43 remaining in the first half, Butler trailed St. John’s 20-7. From that point on the Bulldogs outscored the Red Storm 59-46 in regulation. Without that poor start, the Bulldogs would have been in control of this game from the get-go. Instead, they spent the entire contest fighting to alleviate that early deficit and did not get their first lead until there were just 17 seconds left in regulation. Butler was the better basketball team for the majority of the game, but the poor start was one they couldn’t quite come back from.

Butler played well enough to win. The Bulldogs won the rebounding battle by 15 and the bench dropped in 32 points, led by 15 from Paul Jorgensen. Butler’s defense was strong, particularly in the second half, holding St. John’s to just 33 percent from the field and 3-of-9 from beyond the arc. If it weren’t for the first nine minutes of the game, Butler is probably leaving Queens with a road victory.

Normally a team known for taking care of the basketball, Butler struggled with turnovers against the Red Storm. Butler committed nine turnovers in the first half, resulting in 10 points for St. John’s and helping account for the eight-point halftime deficit. The turnovers in this one were ugly, careless turnovers that are very uncharacteristic for the Bulldogs. Aaron Thompson committed six turnovers by himself, contributing to 18 total team turnovers. Those 18 turnovers turned into 17 St. John’s points, the biggest coming with 75 seconds left in overtime, pushing the Red Storm’s lead to five.

A discouraging amount of turnovers came from simply bad passes, but the Johnnies did a great job pressuring Butler’s big men to make decisions under duress. When Butler’s bigs got the ball in the short corner, two St. John’s players were there every single time, and that pressure forced errant passes and fast break opportunities for the home team. Butler typically takes care of the basketball, but tonight was a different story.

In order for Butler to go 9-9 in Big East play, it needs to take care of business at home against DePaul, Providence and Xavier and has to get one win on the road. A victory tonight would have done wonders for the Bulldogs, putting them in sole possession of third place in the conference and sitting pretty to finish .500 in the Big East. Instead, they now sit at 5-7 and need to win four of their next six games to put themselves in position to make the NCAA Tournament. The task is still doable, but letting this one slip away made it much more difficult.