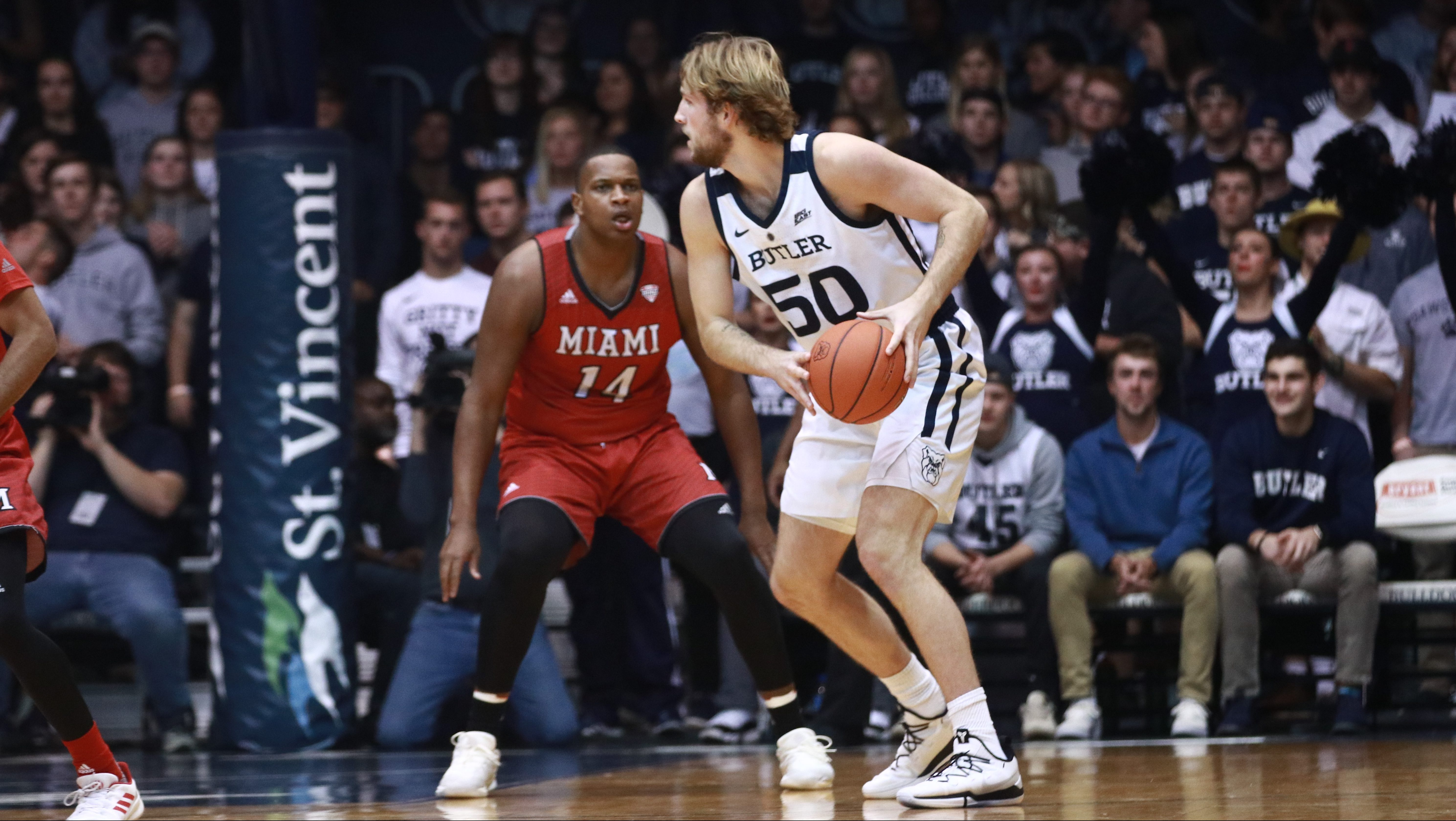 After a 79-69 loss to Marquette, the Butler men’s basketball team welcomes the Providence Friars to Hinkle Fieldhouse as the Bulldogs embark on a crucial four-game stretch to end the regular season. Here’s what you need to know before the matchup.

It is crucial that Butler plays 40 full minutes of basketball.

Butler has looked really good at times this season, but rarely have they put together a full 40 minutes. Their 80-71 win over St. John’s on Jan. 19 is arguably the only time this season Butler has played high-level basketball for an entire game. Against Marquette, the Bulldogs were the better team in the first half, holding Sam and Joey Hauser to just four points combined, and it resulted in a halftime lead. The second half was a different story, as the two brothers scored 15 points combined and the Golden Eagles shot 7-of-11 from beyond the arc to beat the Bulldogs by 10.

The rundown on Providence.

Now 27 games into the season, Butler will see Providence for the first time on Tuesday. Alpha Diallo is at the center of everything the Friars and head coach Ed Cooley do. He leads the team in points, rebounds, and assists, averaging 16.5 points, 8.1 rebounds, and 3.1 assists per game. When Diallo goes, the Friars go. They don’t shoot the basketball well, as only one Providence player, A.J. Reeves, shoots better than 37 percent from beyond the arc. As a team, they shoot just 33 percent from 3-point range.

The most important thing to know about this Providence team is that they are capable of beating anyone on any given night. Despite losing six of their last eight, both of their wins in that stretch are against the St. John’s Red Storm. That’s the same St. John’s team which is the only team to take down Marquette during conference play, and they did it twice. Providence might not blow you away with anything they do, but they have the ability to go out and beat you on any night. Butler can’t overlook the Friars and worry about other games down the road.

Butler’s bigs have to be better.

Against Marquette, the Bulldogs got four points on 2-of-6 shooting and four rebounds from their big men, Nate Fowler and Joey Brunk. They were taken care of by Marquette’s Theo John, who finished with 15 points and 11 rebounds. Butler’s frontcourt has to be better during the last four games of the season, and it starts with Providence. Nate Watson is the Friars’ second leading scorer, averaging 12 points and five rebounds per game. The Bulldogs clearly have the advantage on the perimeter, but Brunk and Fowler will have to be more influential on the interior against Watson and a big guard in Diallo, who stands at 7-foot-6.