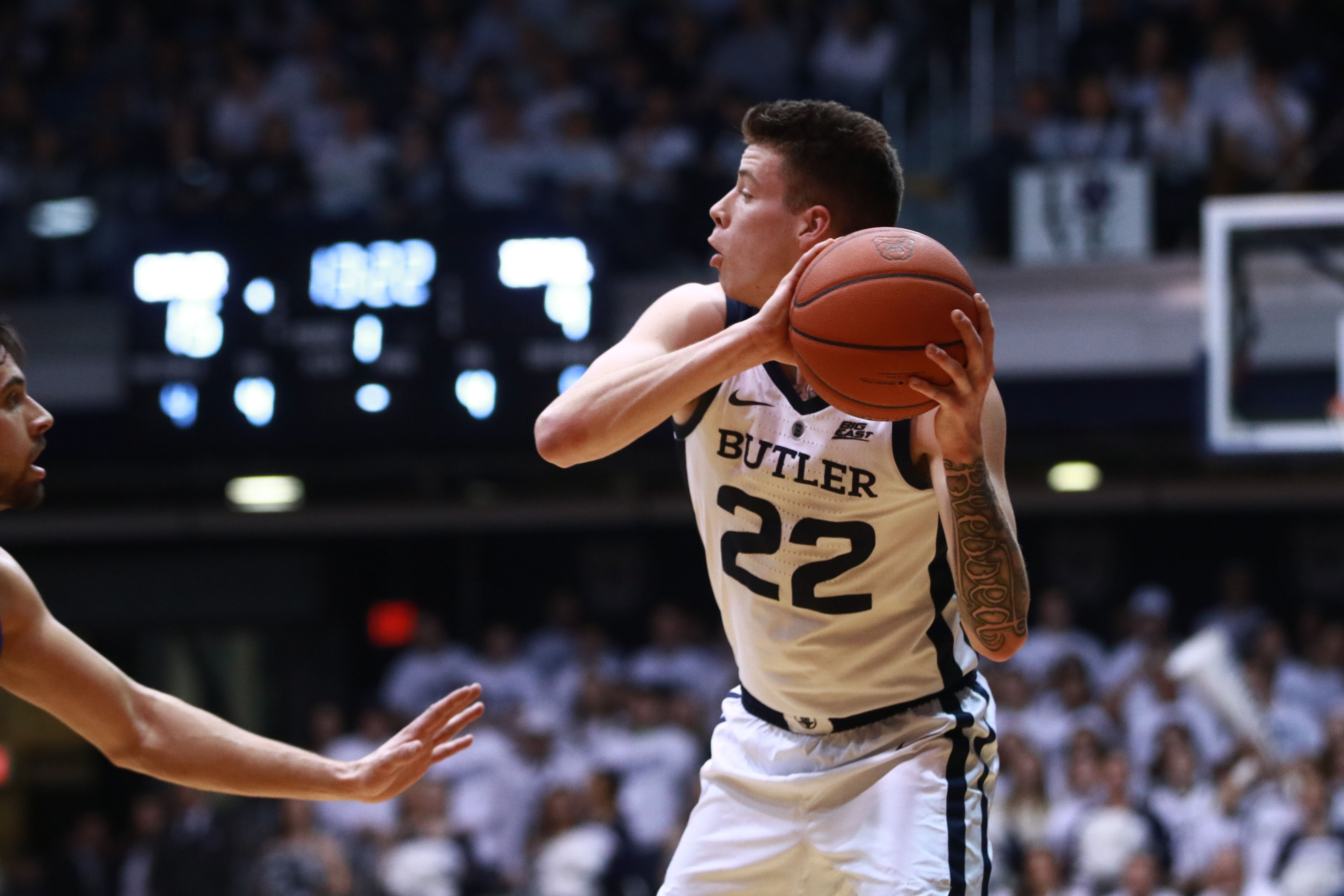 The Butler men’s basketball team fell 79-69 to the No. 11 Marquette Golden Eagles. The Bulldogs were outscored 50-39 in the second half. Here are three takeaways from an unsurprising loss.

Three different Marquette runs costed Butler the chance to control this game from start to finish. Butler led 28-20 late in the first half. The Bulldogs had a chance to take a commanding lead into halftime but instead the Golden Eagles went on a 9-2 run to cut the halftime lead to just 30-29 in favor of Butler. The Bulldogs came out swinging in the second half, scoring seven straight points before Marquette rattled off an 11-2 response to take its first lead since it was 14-13 in the first half.

Another 11-0 run to turn a one-point deficit into a 10-point lead put Marquette in control and the Golden Eagles never looked back. There were stretches in this contest where Butler played really good defense and made Marquette struggle on offense. But ultimately, it was three runs that kept Marquette in the game and gave them control in the second half.

2. Butler lost control of everything in the second half

Everything Butler did well in the first half they failed to do in the second. Marquette was 7-of-11 from deep in the second frame. Markus Howard had his way with Butler defense while Sam and Joey Hauser had 15 of their combined 19 points after halftime. Butler played well enough to win this game in the first half, but the same can’t be said for the ensuing 20 minutes.

3. Kamar Baldwin has to be better.

If it wasn’t clear already already, Kamar Baldwin is the most important player on the Butler roster. Sean McDermott turned in a career-high 27 points and Paul Jorgensen once again turned in a double-digit performance off the bench. However, Baldwin scored just 12 points, dished out only one assist and committed six of the 15 Butler turnovers. He was not aggressive enough, especially in the second half, taking only two free throws the entire game.

This Butler offense is a different animal when Baldwin is attacking the basket and distributing the basketball. He did neither in this game and despite the fact that 3-point shooters McDermott, Jorgensen, and Jordan Tucker combined for 45 points, Butler never seriously challenged the Golden Eagles to win the game in the second half. Butler absolutely has to shoot the three well, but Baldwin has to leave a larger footprint on the game than he did tonight or the Bulldogs don’t have a chance to beat good basketball teams.