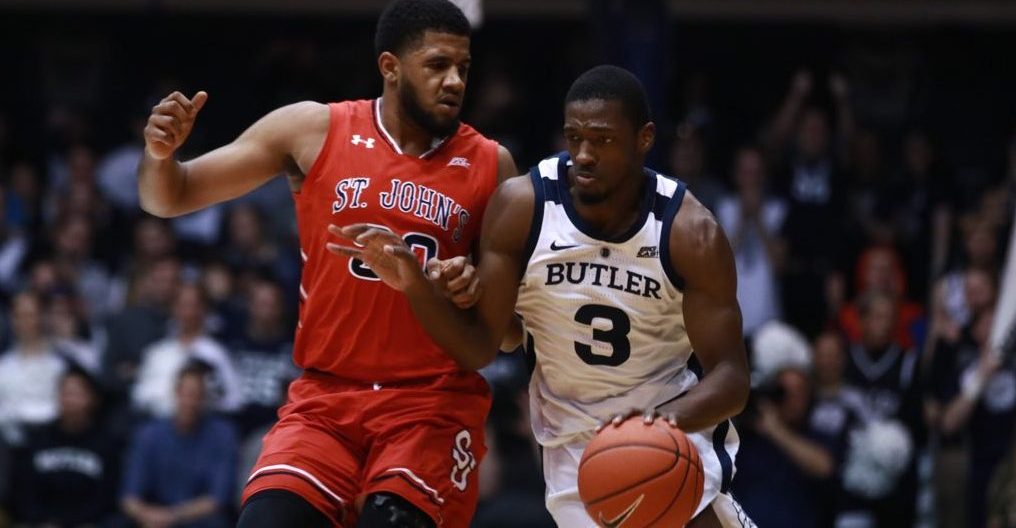 Now under .500 in Big East play, the Butler men’s basketball team heads to Omaha to take on the Creighton Bluejays. Here’s what you need to know as the Bulldogs try to get back to even in conference play.

How to watch: FS1

Since Butler and Creighton last played, the Bluejays have moved up from third to second in 3-point shooting nationally. On Jan. 5, Butler held Creighton to just 27.7 percent shooting from beyond the arc, making it difficult for them to score. As a result, the Bulldogs walked away with a 15-point win and commanded the game for all 40 minutes. Kamar Baldwin had 28 points on 11-of-18 shooting and the Bulldogs forced 15 turnovers. The primary goal for the Bulldogs remains the same; guard the 3-point line and Creighton will struggle to score.

Get to the free throw line.

There are teams that take more threes than Butler, but not very many teams are as dependent on the three as the Bulldogs are. When Butler is not making threes, the offense is stagnant and the Bulldogs struggle to score. Part of the problem is that the Bulldogs never get to the free throw line. Butler ranks 332nd out of 353 Division I teams in free throws per game with 14.8. Getting to the free throw line makes Butler’s offense multi-dimensional, which is something the Bulldogs desperately need. When Butler is successful, it normally shoots between 16 and 20 free throws. Against Villanova, the Bulldogs shot only five and lost the battle at the charity stripe by 13. Against a Creighton team that doesn’t play great defense, free throws puts even more pressure on the Bluejays defense and Butler doesn’t have to depend solely on the three ball.