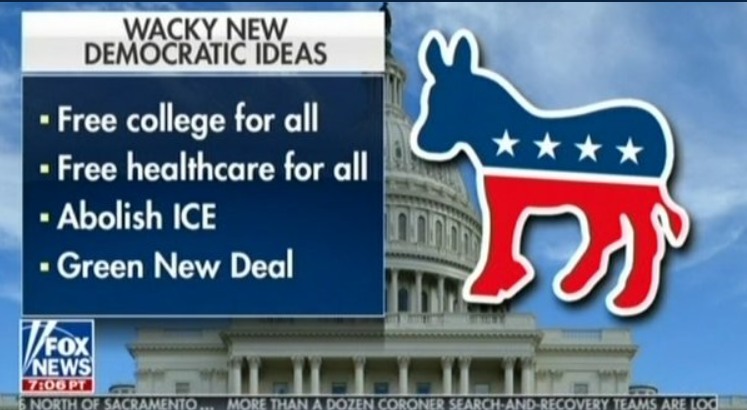 Midterm elections are known for generally being good for the minority party, while the party of the sitting president is often prone to voter retaliation for whatever policies or programs they disliked over the previous two years. While the fine points of this pattern change — some years, the shift is nearly imperceptible, whereas others, like 2010, create vast changes in power that shape the very fabric of law-making over the next several years — this is generally the stance you see pundits making during the lead-up to election night.

In broad strokes, this is what happened on Nov. 6. Democrats flipped the House of Representatives, picking up 32 seats, and are projected to win between three and eight more in districts that are still counting votes. They also flipped seven gubernatorial seats, and the results are still out for two of the most publicized races in Florida and Georgia, with recounts happening in the former as we speak.

By any normal measure, this would be considered a successful night for Democrats; after all, the House of Representatives represents an important check in our democratic system, and it is hard to argue against the important role governors play in state-handled issues like redistricting.

Unfortunately, because this is America, everyone believes that they alone have the correct insight. As a result, there were a number of think pieces in the days following the election that alleged that Democrats, and specifically progressive Democrats, had a bad night at the polls. In many cases, the prevailing wisdom was that Democrats in contested seats running on “progressive” policies — policies like universal healthcare and an increased minimum wage — had an altogether rough night.

There are a few issues with this analysis, the least of which being that progressive candidates actually ended up having a fairly successful run. As Sean McElwee, a writer, researcher, and co-founder of the think tank Data for Progress, wrote the day after the election: “If you judge [progressive victories] based on the content of platform, we’re seeing the party move left across the board — more and more Democrats are progressive.”

There is a solid basis for this analysis: a record number of Democratic candidates publicly supported policies like universal healthcare. Even trademark middle-of-the-road candidates like Sean Casten are to the left of where “moderate” candidates have been in the past.

Casten managed to unseat Peter Roskam, a six-term far-right congressman representing Illinois’ sixth congressional district. Drew Soukup, a junior arts administration major, worked on Casten’s campaign over the summer. Soukup was not surprised that Casten won, but he was surprised by the victory margin.

“He [Casten] didn’t go around screaming “Medicare-for-All,” Soukup said. “I think you can run left-leaning policies and still be open to Republicans to join. I don’t think just because you’re welcoming of Republicans that means you don’t support left-leaning issues.”

Not only is the argument that candidates with progressive policies had a rough night a bad-faith argument in a factual sense, it is also incredibly narrow in its scope; it completely ignores the fact that moderate, middle-of-the-road candidates — Blue Dog Democrats — had a horrible night. Indiana’s own senator Joe Donnelly spent the last month running ads distancing himself from what he identified as the “Radical Left” — candidates who were pro-universal healthcare or had a more liberal view on border control.

Donnelly was stomped, losing by five points to a first-time politician whose platform was about as nuanced as holding up a sign that said “Trump = Good.” The same thing happened in Missouri with Claire McCaskill and in North Dakota with Heidi Hetikamp. These candidates all attempted to walk a line of appearing moderate enough to appeal to Republican voters, and yet all of them were booted out of office.

How do we know, though, that they were not voted about because they were still too liberal? Aside from the fact that many candidates running in similar red areas on more progressive platforms won, there is research that refutes the absolutely ridiculous notion that progressive policies cannot garner support in Midwestern states.

According to Data for Progress, nearly 60 percent of likely Indiana Voters would support Medicare-for-All and nearly 50 percent support a $15 per hour minimum wage. These numbers are similar across the Midwest. Progressive policies have the support of the electorate; politicians are just scared of disrupting the status quo, a status quo that benefits them more than it does their electorate.

On top of candidates simply having more progressive policies, we also saw a record-shattering number of candidates who were women, people of color, or members of the LGBTQ+ community running for office and winning their races resoundingly.

As our culture is wrapped up in an argument of who deserves to run for office, the midterm elections showed that the antiquated model of a politician — white, male, straight — is not the only group that gets to hold positions of power anymore. Again, to quote McElwee: “Progressives also won the battle for the idea of who a good candidate is.”

Too often, the discussion of what constitutes “progressive policies” focuses on the coastal issues and overlooks the issues that matter to Rust Belt states. After a steady decline in Democratic support over the past 10 years in theses areas, you would think Democrats would try to focus on the issues that matter to the folks that live there, often blue-collar farmers or union members.

Policies like protecting union rights or fighting big businesses that strangle local economies are absent from a lot of national conversation, but a number of races this cycle showed how important it can be for Democrats to focus on issues that matter outside the Beltway Bubble.

For example, Montana Senator Jon Tester won his hotly contested race on the back of his opposition to Big Agriculture and by standing up for the rights of the working class, which, in Montana, is made up predominantly of farmers. In Wisconsin, Tony Evers bested Scott Walker — who famously won even his recall election, inspiring dread in the hearts of Wisconsin Democrats for many years — in the gubernatorial race by running on a platform that promised to reinstate union rights and roll back the Right to Work legislation Walker had put into place during his disastrous governorship, as well as working on education reform.

These are geographically specific examples, yes, but it is hard to argue these stances are not forward-thinking in their nature. The label of “progressive” should apply to any policy that attempts to disrupt the status quo and give rights back to those that are disenfranchised by a system of government that caters to elites.

While these Midterm Elections were not a categorical victory for Democrats — we did still lose Senate seats and failed to flip some important state legislatures — it is hard to see how candidates running on progressive policies had a bad night. The Democratic Party is moving into more progressive territory, and as our country slides deeper into a Boschian hellscape, it is important to create a roadmap for how to create a government that functions as it is supposed to — by looking out for the Little Man, by crafting policy that helps every citizen, not just those that can afford a subscription to the New York Times.