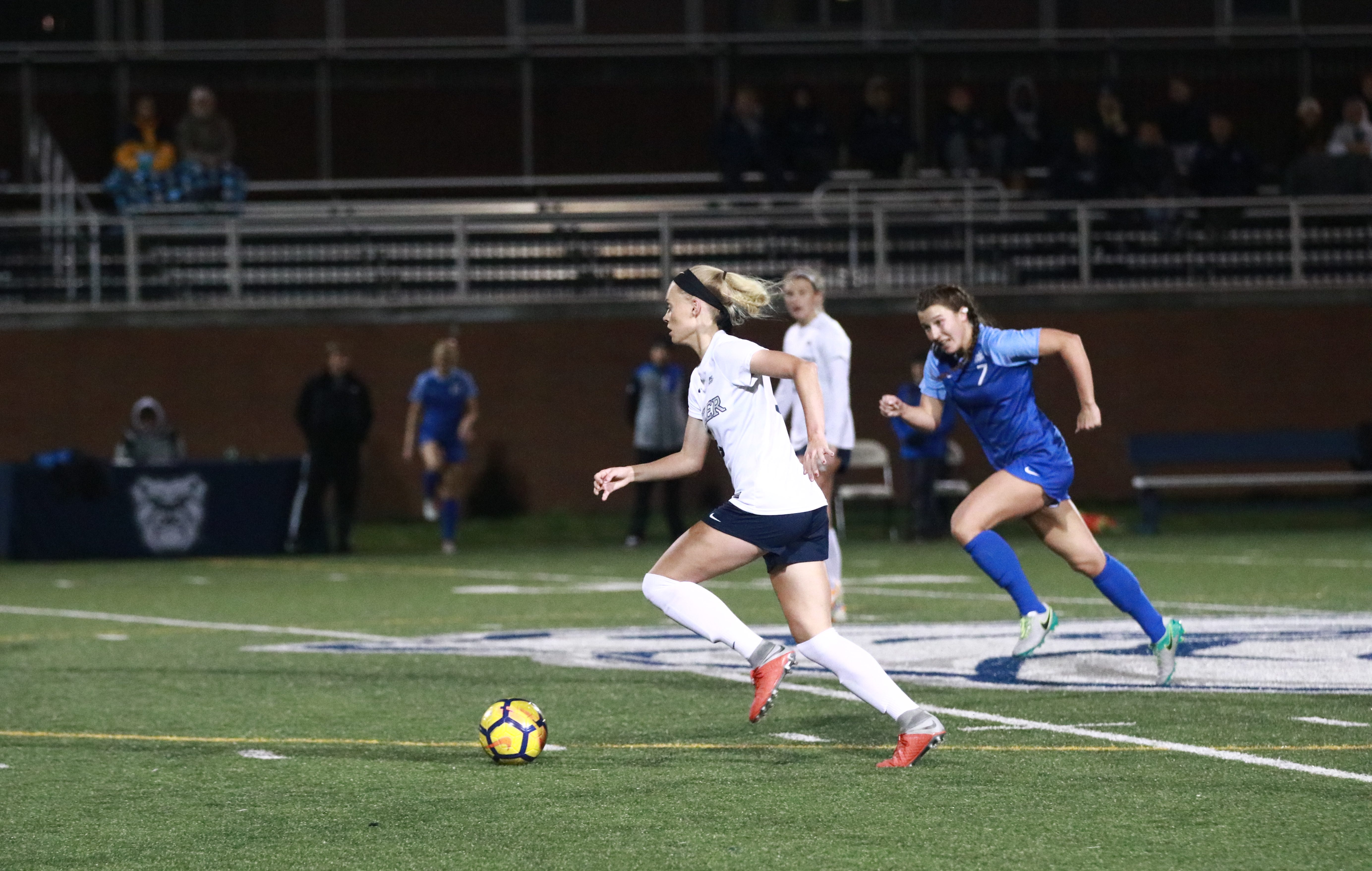 Amanda Kowalski dribbles the ball up the field. Kowalski registered one of Butler’s two shots on goal against the Hoyas. Jimmy Lafakis/Collegian file photo.

The Butler women’s moved to 13-6-1 after failing 1-0 to Georgetown in the Big East Tournament final on Nov. 4. Big East Offensive Player of the Year Caitlin Farrell’s goal in the third minute was all the Hoyas would need defeat Butler and claim their third straight conference tournament crown.

The chance came off a through pass that snuck through the Butler defense. From the right side of the box, Farrell sent the shot past Butler starting goalkeeper Hannah Luedtke for the lone goal of the match.

The Hoyas continued to dominate possession in the first half, outshooting Butler 7-0. The Bulldogs’ back nine thwarted several opportunities to keep the score 1-0 at the break.

Though the Hoyas maintained an advantage throughout the match, the Bulldogs were on the doorstep of an equalizer several times during the second half. Georgetown goalkeeper Arielle Schechtman made two saves and held her ground as the Bulldogs pushed to level the match.

Senior forward Paige Monaghan nearly evened the score during the 49th minute in what was the Bulldogs’ first shot of the match. Monaghan received a ball from Anja Savich then chipped the chance toward the far post and out of play.

The Bulldogs sent another chance just wide of the net in the 74th minute, this time off the foot of junior forward Macy Miller.

Butler second-half goalkeeper Leonie Doege made a pair of saves in the 65th and 71st minutes that kept the Bulldogs within reach. Both were diving saves that robbed Farrell of her second goal of the match.

Butler’s hopes of a second straight appearance in the NCAA Tournament now hinge on receiving an at-large bid. The tournament field will be revealed during the selection show on Nov. 5.

The Bulldogs currently hold the 42nd slot in the RPI ratings, used by the selection committee, which compares team’s wins, losses, and strength of schedule. Sixty-four teams will play four an NCAA championship, with 34 of them earning an at-large bid.