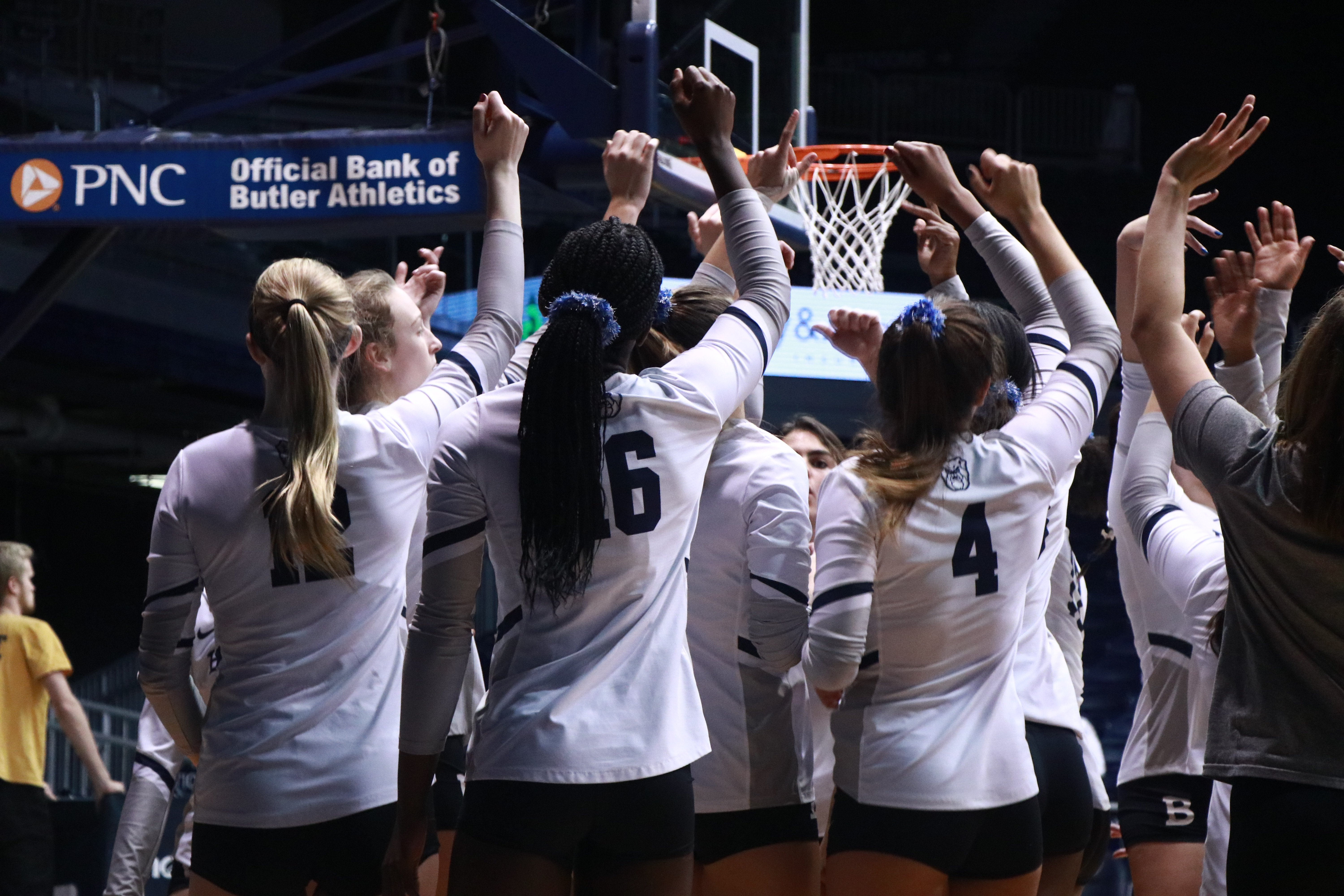 The Butler volleyball team gathers before their Nov. 9 game against Marquette. The Bulldogs fell to Marquette before defeating DePaul in their final home game of the year. Photo by Jimmy Lafakis.

The Butler University volleyball team split a weekend series against No. 18 Marquette University and DePaul University. Those matches were Butler’s final two home tilts of the season.

Butler now stands at 9-19 (6-10 Big East) on the season following a loss to the Golden Eagles and win over Blue Demons. On Nov. 9 against Marquette (25-19, 25-15, 25-21), both junior outside hitter Brooke Gregory and senior middle blocker Bri Lilly tied for the team lead with six kills. Redshirt freshman middle blocker Melody Davidson added a game-high six blocks.

“Our blocking was awesome this weekend,” senior defensive specialist Taylor Takeda said. “Our serving picked up as the weekend went on.”

“We played to our full potential,” Freiwald said.” We played with more cohesion than we have in the past and it felt really good. It was fun to see everyone contributing in different ways.”

Lilly added five kills and hit for a .455 attack percentage.

“Being with family and friends from all four years was beyond special,” Lilly said. “It was great to end our Hinkle career with a huge win and great people cheering us on.”

The Bulldogs will head east to face Villanova University and Georgetown University this weekend. First serve against the Wildcats is scheduled for Nov. 16 at 7 p.m.

“We saw how well we can play when we’re in sync and communicating at a high level,” Lilly said.