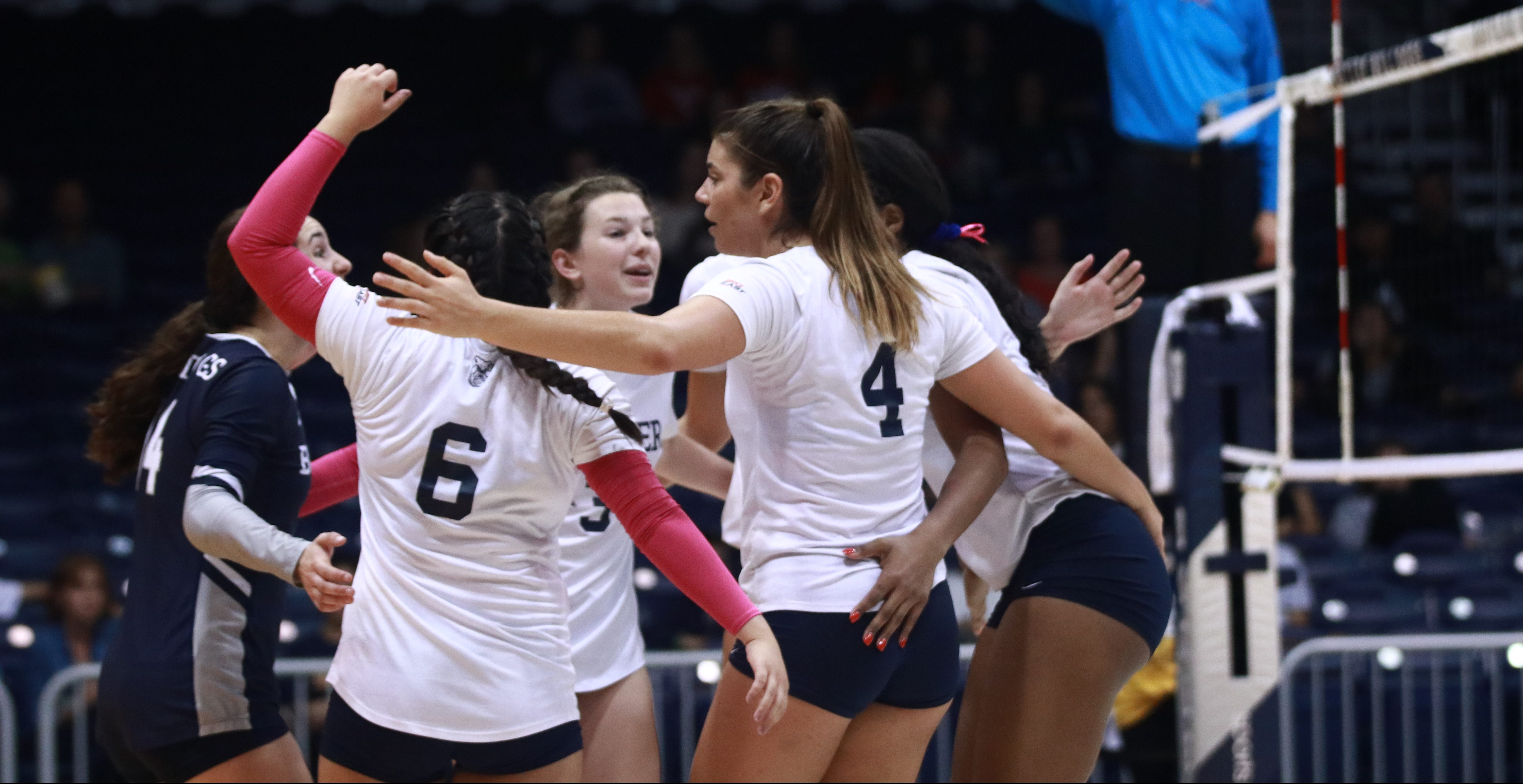 The Butler volleyball team celebrates following a play this season. The team finished the year with a 9-21 record. Jimmy Lafakis/Collegian file photo.

The Butler volleyball team fell to Villanova University and Georgetown University on the road on Nov. 16 and 17, respectively, to wrap up their 2018 campaign. Butler finished the season with a 9-21 (6-12 Big East) record.

Sophomore outside hitter Natalie Ravenell recorded a team-high 10 kills in the 17-25, 21-25, 23-25 loss against the Wildcats. Junior outside hitter Brooke Gregory posted eight kills and Butler’s only two service aces.

Redshirt freshman setter Maria Schorr got extended action over the weekend. She ended the first match with 25 assists and seven digs.

“It was fun to just get the chance to play with my sisters one last time,” Takeda said. “We had a lot of great moments. Just living in those moments made me so happy, and we had a ton of fun with it.”

The Georgetown match marked the final time Lilly, Takeda and redshirt junior setter Maddie Freiwald would step on the court as Bulldogs. Takeda said she is very grateful for her time as a Bulldog.

“While there were some serious lows, these girls made everything okay,” Takeda said. “They have always reassured me that we are a family.”