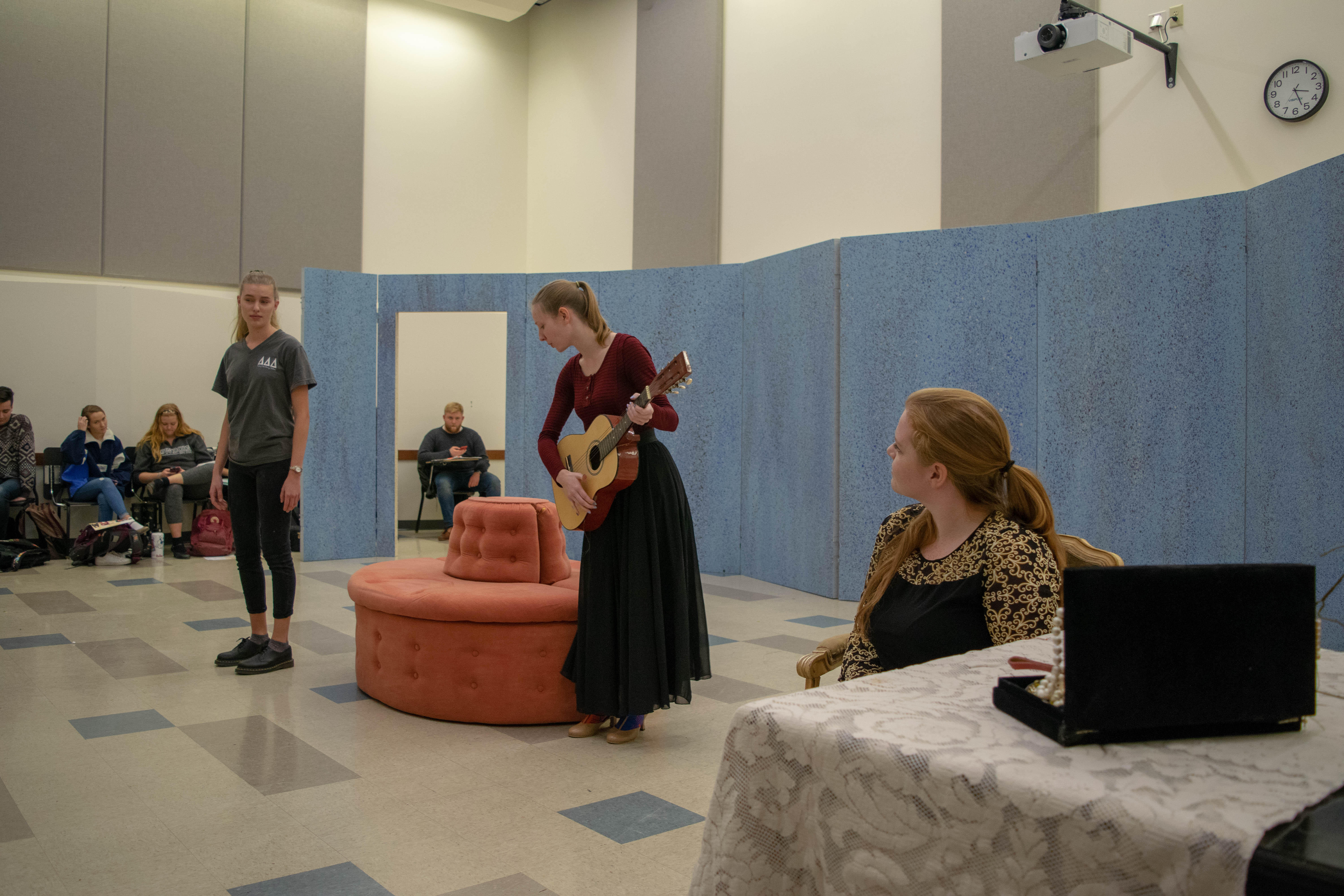 Nov. 9 and 10 in the Schrott Center for the Arts, Butler Opera Theatre will be performing scenes and arias from a variety of famous operas.

While the Butler Opera Theatre performs every year, this time is a bit different. The performance will be entirely sung in English, making it a bit easier for the audience to follow along. The show will also be fully staged, meaning that students will perform in full costume with sets and props.

The show, which is directed by Oliver Worthington and conducted by James Caraher, features both undergraduate and graduate vocal performance majors. Many of the students involved are looking forward to the changes being incorporated into this year’s show.

Avery Schott, a junior vocal performance and peace and conflict studies major, said he thinks the use of costumes and sets will enhance the audience’s experience.

“It’ll be more entertaining and accessible,” he said, “And it feels more like a large scale performance with props and more staging.”

While previous performances have featured some sets or props, audience members were still required to use a certain degree of imagination to fill in the gaps. Bailey Gordon, a junior vocal performance and recording industry studies major, agreed a fully staged show would make it easier for audience members to understand the context of a scene.

“Visually, we have costumes and a set, instead of just a set,” Gordon said. “So we’re not just pretending the entire time.”

Scott encourages students who may have previously avoided opera to give the show a try. Being able to understand the words themselves may make the show less intimidating.

“Even if you don’t listen to opera, it might be refreshing to hear it in English,” he said. “People have been entertained by classical performance and the spectacle itself for centuries.”

“Sometimes people have a hard time connecting to opera because of the language barrier, so we’re making Scenes and Arias more accessible than ever,” she said. “Musical theatre pieces are even mixed in the program, as well.”

In addition to musical theatre pieces, the show includes a variety of genres, from comedies to tragedies. It also features a variety of well known and lesser known operas.

One of the operas being performed in part is “Don Giovanni,” possibly the most famous opera of all time. It was written by Mozart, and is a timeless story of schemes, lovers, and betrayal. In contrast, excerpts from more contemporary productions such as “The Light in the Piazza” are also being performed. This is a musical created in 2003 by Adam Guettel and tells the story of a mother and her developmentally disabled daughter in Italy for a summer.

Alana Jones, a graduate student in vocal performance, thinks the diversity in scenes will be educational and beneficial to viewers whether they know anything about opera or not.

“I think it’s beneficial to expand your horizons and watch things you may not usually watch or listen to,” Jones said. “I also like to think that watching a performance of any kind can help take you to a different world for a moment, which is a nice way to relax.”

While they’re relaxing, Julie Query, another graduate student in vocal performance, also hopes the audience will be a little amazed.

“Everyone should come see opera scenes because opera is one of the most unique art forms, where singers perform unamplified and use their voices to communicate an array of emotions, to tell stories that are both extraordinary and human,” Query said. “I hope our audience will learn more about what opera is and how much fun it can be.”

Tickets for Butler Opera Theatre’s Scenes and Arias are $7.50 for students and $15 for general admission. Tickets can be purchased at butlerartscenter.org.