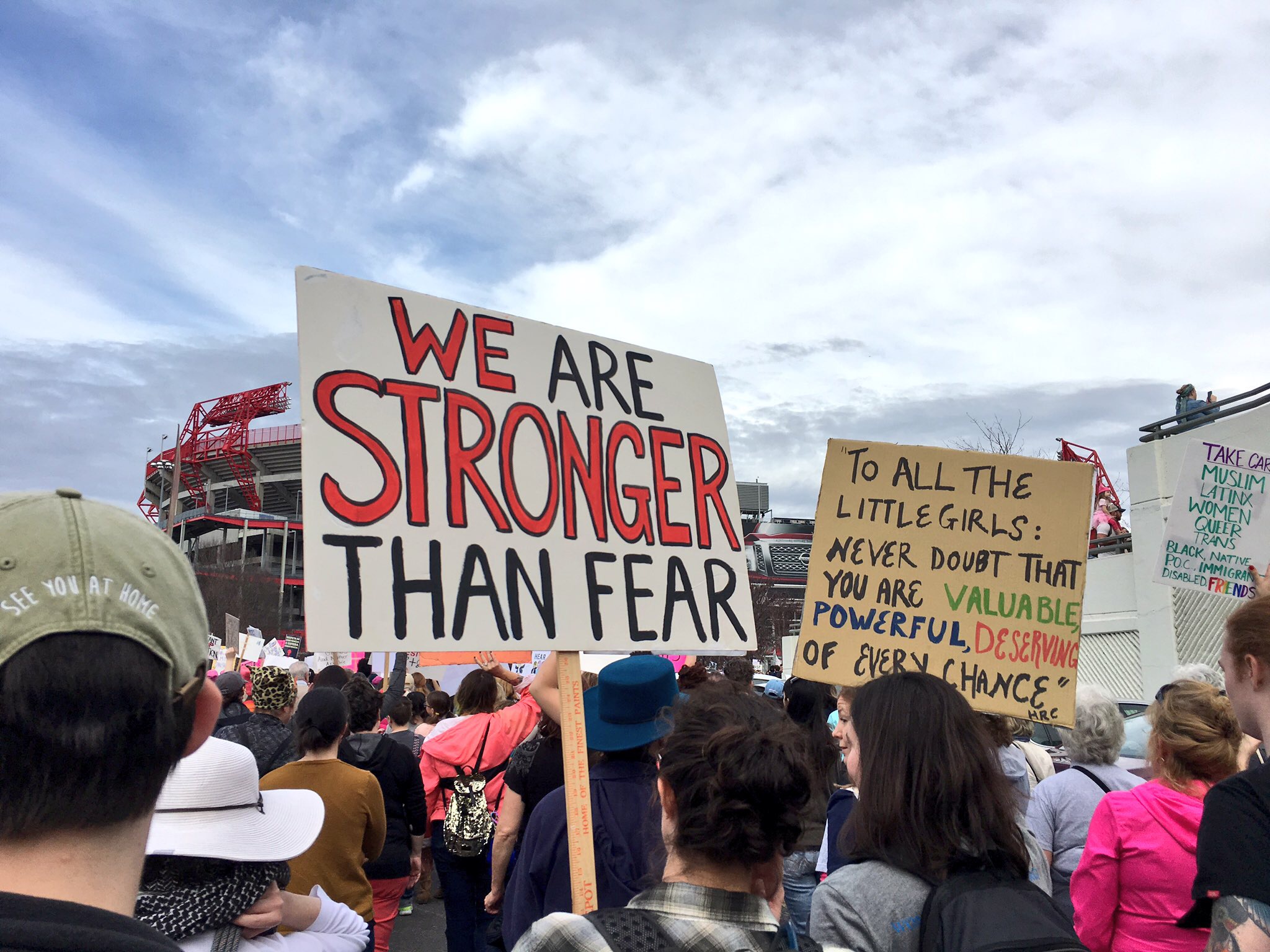 Scenes from the March for our Lives event in Washington, D.C. this past spring. Photo by Genavieve Smith.

College students have a lot on their minds. We have due dates, deadlines, internships to apply for and our entire futures to worry about. Apparently, now we have the responsibility of worrying about our nation’s future as well. Now is your chance to call me a snowflake. Have at it.

This corrective “Blue Wave” we constantly hear about has quickly become the responsibility of the college-age generation. This is because 59 percent of adults who are eligible to vote are Gen X-ers, Millennials and post-Millenials, according to the Pew Research Center.

We really do have the opportunity to swing the vote in our favor.

But here’s the issue. Gen X-ers and Millennials have voted at depressingly low rates in past midterm elections. For instance, in the most recent midterm election, which had historically low turnout, “… younger generations accounted for 53 percent of eligible voters but cast just 36 million votes — 21 million fewer than the Boomer, Silent and Greatest generations, who are ages 54 and older in 2018,” according to the Pew Research Center.

In comparison with Baby Boomers when they were the same age, Gen X-ers and Millennials consistently underperform in terms of voter turnout. If past patterns hold true, data suggests that Gen X-ers, Millennials and post-Millennials will not make up a majority of voters in the 2018 midterm election.

Fortunately, since the 2014 midterm election, the voting-eligible younger bloc has increased by 18 million. Some of this increase comes from Gen X-ers and Millennials who have been naturalized, but most of it is the result of an additional 15 million post-Millennials who are now old enough to vote.

Long story short, there are no guarantees the past will be repeated.

“If the younger generations were to turn out to vote at the rates Baby Boomers did when they were younger, post-Millennials, Millennials and Gen X-ers would account for the majority of votes,” a recent Pew Research article said.

Despite the wealth of possibilities, the current political climate makes it hard to feel hopeful. After the results of the 2016 election, many people worry about the efficacy of their vote. If you’re a young first-time voter, you may not have much confidence in the electoral system as it is.

When asked why people believe their vote doesn’t matter, Margaret Brabant, professor and chair of the Butler political science department, said she believes such widespread discouragement is a pervasive ploy to stop eligible voters from participating.

“If you can disempower a whole group of people from actually having a say, people will stop voting,” Brabant said. “And then, of course, you have very few choices.”

This further disheartens voters and leads to widespread frustration, especially when there is so much else to worry about. But this is intentional. Voter suppression is alive and well, and it often makes voters believe their voices don’t matter, possibly leading them forgo voting altogether or even to act out angrily.

“When people have very few choices, they typically react out of a place of anger and often fear, and I think that’s what we’re beginning to see. Which is not good for a democracy. When we would rather fight than talk, when we would rather kill than look for solutions, that’s the end of a democracy,” Brabant said.

From the Charlottesville attack to the recent confirmation of Supreme Court Justice Brett Kavanaugh, the timeline of the current administration is littered with disheartening fights and violence that not only discourages voting and political engagement but impacts the daily lives and happiness of possible voters.

History is made with each new headline, making it impossible to keep up to date and difficult to stay engaged. Plus we have other things to worry about, remember? Due dates? Internships?

So why is it our job to fix this overwhelming — and growing list of issues that we didn’t cause in the first place?

Well, frankly, it is any decent human’s job to do what they can to address the conflict they see around them. But, in this case, we have the opportunity to actually make tangible change.

Whether or not the “Blue Wave” is real, the young voting bloc has the chance to counter the stereotype that young people are apathetic and disengaged.

Cole McNamara, a first-year political science and sociology major, said that voting and getting involved with campaigning has had a positive impact on him.

“It is an outlet for me to be able to go and do something rather than just sit around and be angry and sad,” McNamara said. “Especially during the Kavanaugh hearings… I cried when I watched that on TV, not going to lie to you, but the very next weekend, I went and volunteered a few hours of my time and I felt good about myself and about the cause.”

You don’t have to be particularly interested in politics or government to vote, and you don’t have to pledge your allegiance to one party, but it is the most basic way you can make your voice heard and protect what you know and care about.

We have the opportunity to make a drastic difference in the makeup of the country’s congressional bodies and demand the changes we want. You don’t have to be a political activist to engage in positive change.

Your vote can decide the health care of millions of Americans. It can impact the cost of education. You make a difference when elected legislators determine the rights of American citizens. Your voice can determine the character of our country — especially if you live in a state with a tight Senate race like Indiana. You have the power of voice. Now is your chance to use it.